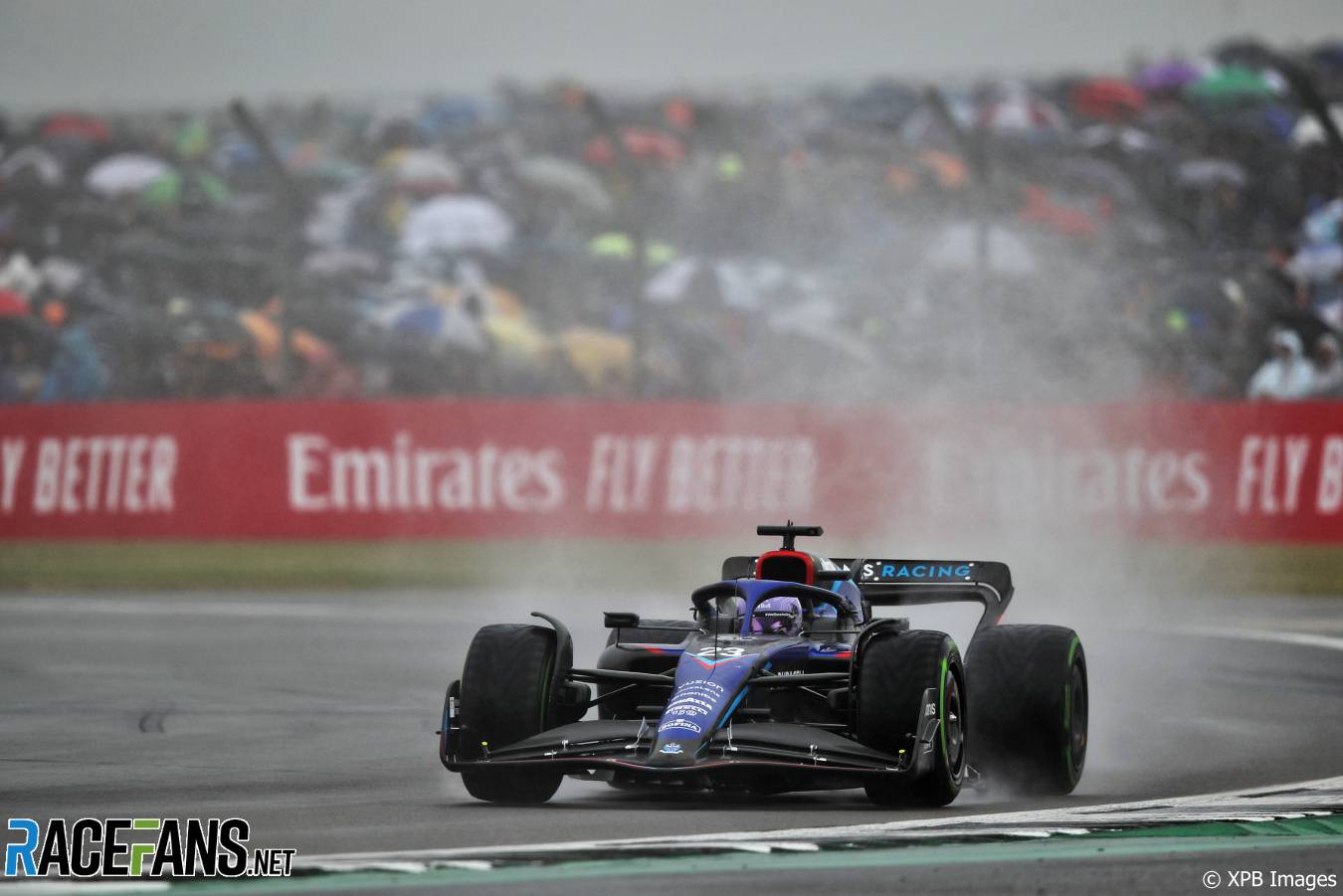 Alexander Albon says Williams should have made things easier for themselves in today’s rain hit qualifying session after failing to progress beyond Q1.

While Albon was eliminated in the first round, his team mate Nicholas Latifi, who did not have the benefit of the team’s latest updates, reached Q3.

“I think we should have gone into Q2 and really maybe even Q3,” Albon told media including RaceFans after his elimination. “We tend to do quite well in these conditions and every time we were out on track we were normally within the top 10.”

He said a tactical error at the end of Q1 cost him the chance to progress. “We tried to do a cool-down lap before the last lap to try to put everything in the best window,” he said.

“But I think the track was too cold and too wet today to do one and actually on my last lap, I had less grip than I had on the previous laps. The track was drier, but the grip was less.”

“We lost all the temperature,” he added. “It was frustrating because you are fighting it the whole lap, the tyres weren’t there, but you’re trying to get it through.

“So that was probably it. I think if we just made it a bit simpler for ourselves, maybe we could have got into Q2.”

Latifi was thrilled to reach Q3 for the first time in his career despite running the team’s older design. He opted to do little running in the final session after going off the track as the conditions worsened.

“At that point we already achieved something that I think was better than we could have hoped for. I was P10 in Q2 and I think realistically to get much more than that was always going to be tricky.

“I kind of just went for it knowing that I couldn’t be any worse than P10. Obviously the conditions were much, much worse up until that point. Even at the end of Q2 I was struggling to keep the car on the track with more standing water in certain places.

“So it was tricky, that’s obviously the only frustrating part of the session for me and I think I must have had some damage afterwards because the car was very squirrelly and even if I did a lap time, it was going to be P10. So I think we just boxed to not risk anything else. But overall it’s positive for sure.”