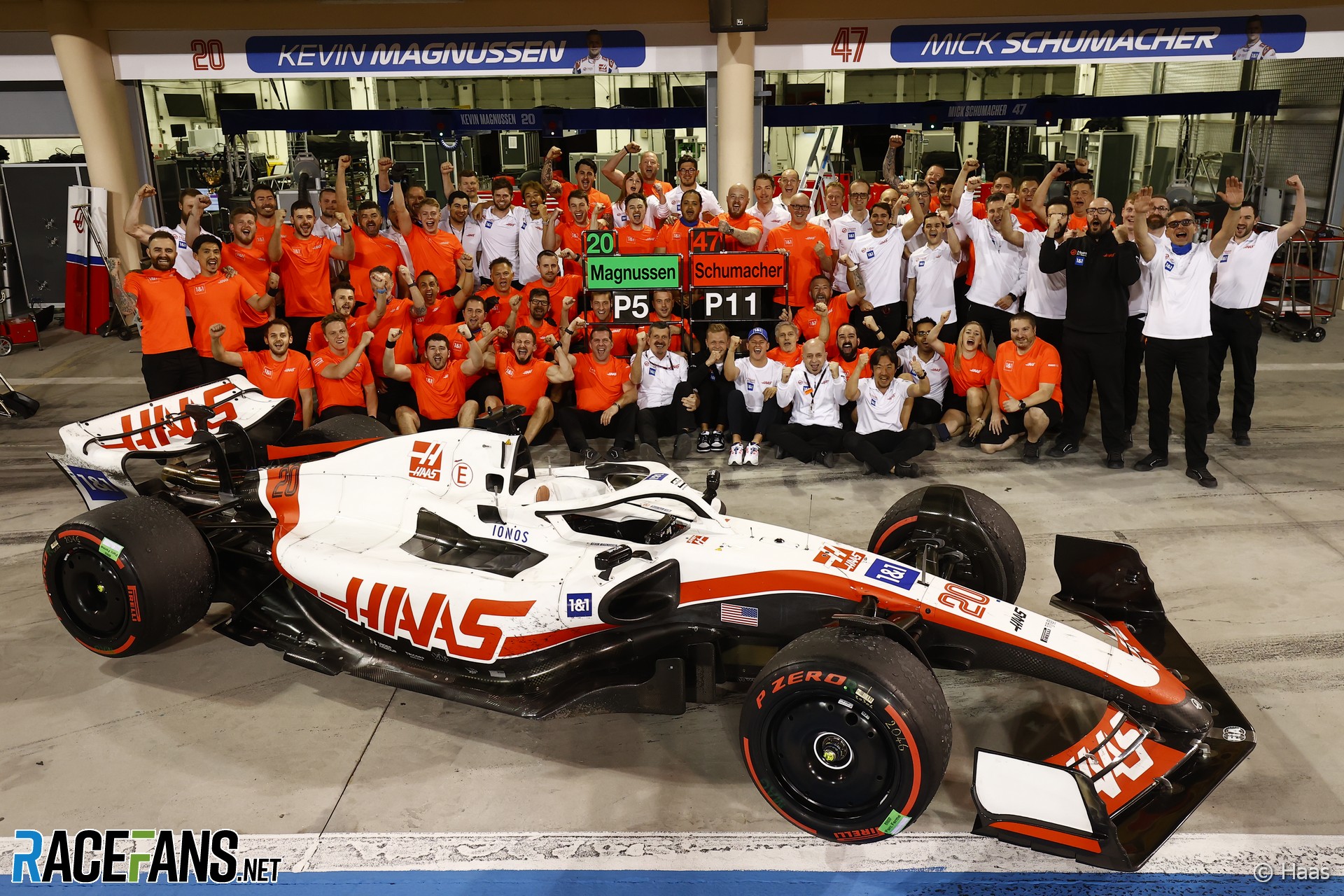 Haas started 2022 like a phoenix from the ashes. They began the season with a competitive car, a change of driver in their line-up adding some much-needed experience and an F2 champion waiting to spread his wings in his second year in F1.

Three months ago, they sat third in the constructors standings, basking in the glory of a team reignited. Eight races the story has not unfolded the way they might have expected.

At the last race Haas dropped to ninth in the championship standings, ahead of only Williams. Through a combination of reliability problems, errors from both drivers and other misfortunes, the team’s seven top-10 grid positions have yielded just three points finishes in 2022, all for one driver.

After a fifth successive point-less race in Canada, frustration will be setting in for drivers Kevin Magnussen and Mick Schumacher. The latter is one of only two drivers on the grid yet to mark his scoring card this season.

After a tough 2021 campaign, Haas originally decided to stick with their line-up of Nikita Mazepin and Schumacher for 2022. Their plans changed shortly after testing began and Russia invaded Ukraine. With their Russian sponsor and driver facing sanction, Haas made the quick decision to drop Mazepin and recall Magnussen a year after he’d been shown the door.

The team were elated as Magnussen quickly found his feet in the familiar surroundings. A shift had been felt and the promise of a competitive package was evident heading to the first round in Bahrain.

Magnussen delivered right out of the box, making the most of the car in the early races. He finished an impressive fifth in Bahrain, followed up by top 10 finishes in both Saudi Arabia and Imola. After three points scores in the opening four races, few would have imagined that would be it for Haas so far this year.

But things began to go awry in Miami. After dropping out in Q1, Magnussen’s race went from bad to worse. A pit stop blunder by the team dropped him towards the back of the pack and a collision with Lance Stroll capped a disappointing race on home ground for the team.

Speaking after the race in Montreal, Magnussen admitted their poor form is a concern but was unimpressed the race director had shown him the black-and-orange flag forcing him to pit for what he considered minor repairs.

“It’s frustrating, four races or something we haven’t scored points so we want to try to get in the points soon,” he admitted Magnussen.

“The FIA thought we had to pit with that [damage]. It was nothing, this was normal. You’ve got to be able to finish the race with a little bit of scratches on your car, you can’t have it in one piece. I’d get it if the whole front wing is hanging by one stay or whatever, but it was nothing, so I don’t get it.”

Schumacher finished 19th in the standings last season, ahead of his team mate Mazepin, and was clearly the stand-out driver at the struggling team. But the dynamics are very different now he has an experienced driver alongside him.

The 23-year-old has had more than his fair share of problems of his own making, which were publicly discussed ahead of the Azerbaijan Grand Prix. The biggest causes for concern were two significant crashes, both heavy enough to split the rear away from the Haas chassis.

The first occured during qualifying for the Saudi Arabian Grand Prix. Schumacher was taken to hospital but passed fit to race, though the team decided it didn’t want to risk further damage due to a shortage of parts. He crashed again in Monaco, the car snapping away from him on a drying track.

Before Monaco, Schumacher had picked up a 13th place in Australia, but from 10th on the grid at Imola made a first-lap error dropped him to the back of the pack.

Schumacher’s mixed performances and heavy crashes prompted cautionary words from his team principal Gunther Steiner in Azerbaijan. Asked by RaceFans whether a repeat of his Monaco crash would be grounds for serious talks with his driver, Steiner said: “I would say so.”

“We will have a serious conversation because at some stage we’ll run out of parts,” he continued. “We cannot keep up making them. And that much money you throw out you just can physically not do it. So we need to make sure that here nothing happens.”

Schumacher responded maturely and positively, finishing 14th in Baku. He deserved better a week later in Canada: Running seventh after qualifying sixth, Schumacher was on course for his first points when he stopped on lap 18 with a power unit problem.

“I think we were having a good race up to that point,” he reflected. “Our feeling in the car was great and I think that the pace was looking not too bad either.”

He looked ahead to the upcoming races with characteristics optimism. “It’s quite upsetting but we still have a few more races to go. In terms of pace, it looked very strong. It’s a good thing, we can take it away from here and put it into play for Silverstone.”

It’s been a disappointing series of races for the team. Having prioritised work on their 2022 car throughout last year, several of their reliability problems appear to have come from the Ferrari power unit end of the package. Mix that in with Schumacher’s driving errors, plus a few misfortunes along the way, and their points total looks a lot less healthy than it should.

The team has a major upgrade planned for the VF-22 at the Hungarian Grand Prix. This was originally set to appear in France but will now appear at the final race before the summer break, Steiner indicated during the Canadian GP weekend.

“Maybe it will be Hungary,” he said. “We took a step back because we wanted to check something else in the wind tunnel, but now we are full steam in production for Hungary.

“That’s the aim. We try to better it, but I don’t know where we get to. Hopefully it’s a big step performance-wise. How it looks I don’t really care, but you will see a difference.”

But it’s debatable whether the team needs a step in performance as much as it needs a change in fortune. The positive start to the season has shown there is potential in the car, which is clearly no longer the slowest on the grid.

This weekend’s race at Silverstone will provide another test of whether Haas can rediscover the energy it began the season with. Can they repeat their excellent Canada qualifying form and convert it into their first points finish for more than two months?