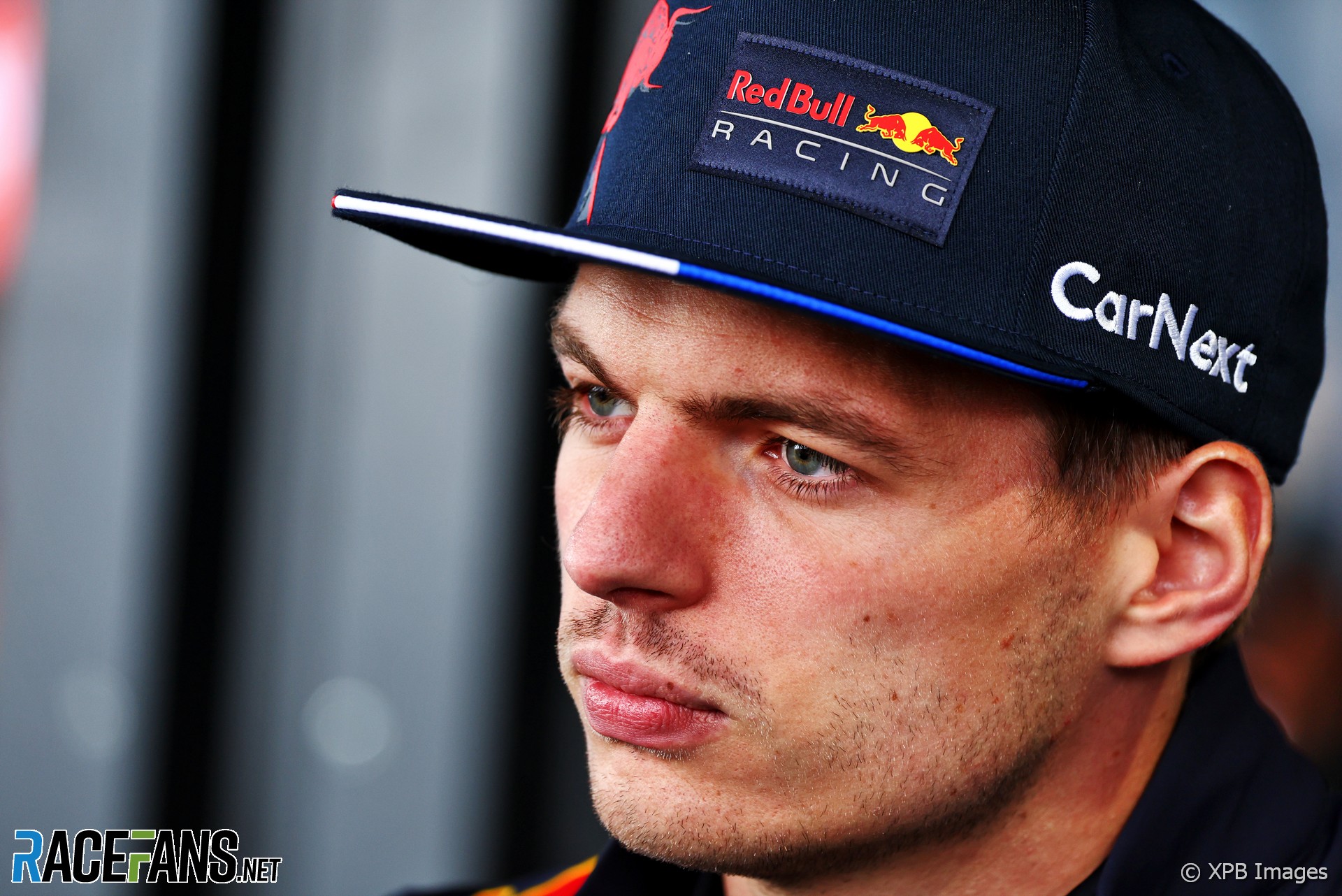 Max Verstappen says Nelson Piquet is “definitely not a racist” but agrees the term he used to describe Lewis Hamilton was “very offensive”.

The reigning world champion, whose partner is Piquet’s daughter Kelly, also said the three-times world champion should not be banned from the Formula 1 paddock over his comments.

Piquet gave a partial apology for his comment about Hamilton in which he said the word he used was not intended as a racist insult.

Verstappen made it clear he did not agree with Piquet’s choice of words in an interview he gave last year which recently gained widespread attention.

“Everyone is against racism,” Verstappen said in a press conference for media including RaceFans. “I think it’s very straight, there’s nothing more you can make of that.

“I think the wording which was used, even though of course with different kinds of cultures and things probably they said when they were little and younger, was not correct. Let it be a lesson for the future not to use that word because it’s very offensive and especially nowadays it gains even more traction.”

However he said his personal experience of meeting Piquet made him confident the three-times world champion did not mean to use a racial slur.

“I’ve spent a bit of time with Nelson, I think more than the average person in general, and he is definitely not a racist,” said Verstappen. “He’s actually a really nice and relaxed guy.

“I’m pretty sure also, in the statement he released, I think you can see the word in two ways. But I think it’s still just better not to use it.

“But it’s not only about that word, it’s not about the ‘n-word’ in general, just using offensive language to anyone, any colour, I think is not correct and that’s what we have to work on in general all over the world not only in F1 with Lewis specifically but to anyone in the world.”

Verstappen, who referred to Piquet as his “father-in-law”, said he hasn’t spoken to him about his comments and the condemnation they provoked.

“I don’t think he needs me to tell him what is right and what isn’t,” he said. “He already said in his statement I think he realised that he used the wrong word.

“It can be interpreted in two ways and of course people pick up on the bad side and then it gets really blown out of proportion. Because I know Nelson personally, people label him as a racist now, which I don’t think he is. But I fully agree, of course, that you cannot use these words.”

RaceFans understands F1 will not permit Piquet to attend the paddock in light of his remarks. Verstappen said he doesn’t believe banning Piquet is the correct response to the situation.

“I think it’s better to open a conversation instead of banning because when you ban people, then you are actually not even helping the situation,” he said. “You’re not talking. You have to communicate.

“Communication is really important because if you just ban that is not helping what you’re trying to enforce, right? You’re trying to educate people. So it’s better to have a chat.

“I don’t think you should be banned from from the paddock. And especially, I don’t think, a three-time world champion.”

Verstappen hasn’t spoken to Hamilton about Piquet’s comments. “We don’t need to talk because he has all my respect like every other driver, exactly the same,” he said, “and he knows how I feel and think about this situation just like any other driver. Together with F1 and Lewis we are all behind the initiatives taken already, we’re in full support.”

His Red Bull team dismissed Juri Vips from its young driver programme earlier this week after he used a racial slur during a live video stream. However Vips’ Formula 2 team Hitech has taken no action against him and will continue to field him in the championship, a move which provoked criticism from the series organisers.

Verstappen believes Vips, like Piquet, deserves the opportunity to redeem himself.

“The team dealt with that also in a similar matter. He’s not part of Red Bull Racing at the moment as a reserve and test driver.

“But I do feel that people deserve a second chance. Probably not a third, but things can be very easily said probably sometimes not even really thought about how badly it can hurt someone or influence someone.

“I know Juri also probably a bit more than the average person and he is actually a super-nice guy. And I think he really understood what he did wrong because, of course, he is also now in a very difficult moment now in his career, everyone judging him.

“Fair enough: What he said was not correct. But I definitely think he deserves a second chance.

“I read the statement about F2 that they wouldn’t have done the same. But I think people deserve that second chance to show that they learnt from what they did wrong and actually go out there and show that you can be a better person or at least be more educated about what you are going to say.”

75 comments on “Verstappen: Piquet was wrong but isn’t racist and shouldn’t be banned from F1 paddock”