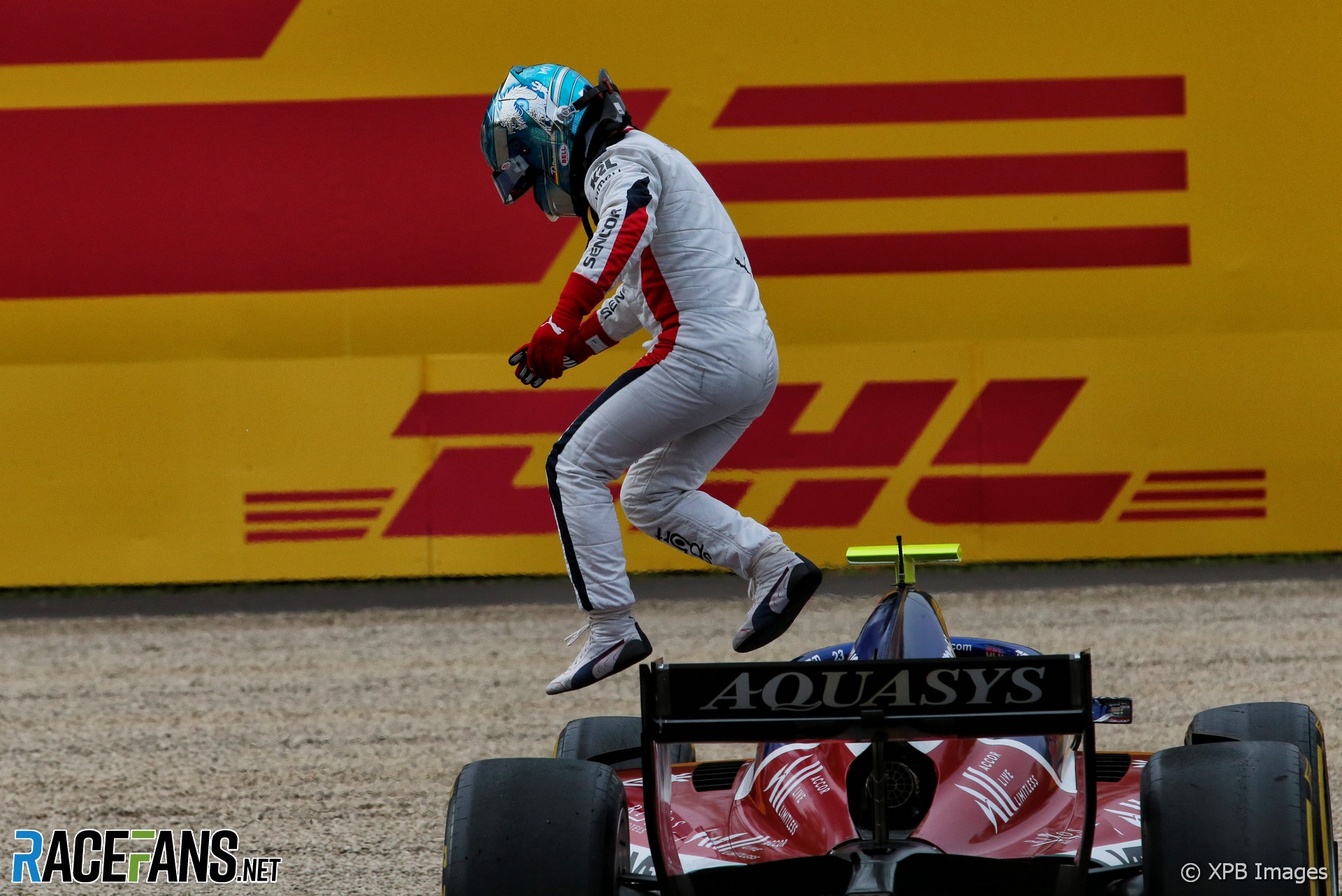 Van Amersfoort Racing has confirmed David Beckmann will partner Jake Hughes at the team for this weekend’s two races at Silverstone.

Beckmann will take the place of Amaury Cordeel, who was banned from participating in this weekend’s event after accumulating a total of 12 endorsement penalty points on his superlicence.

The team announced Cordeel’s replacement in a short statement on social media. “Of course we regret the fact that Amaury won’t be racing this weekend,” said the team on social media. “At the same time, we are excited about David Beckmann taking the wheel of our VAR number 25 F2 car at Silverstone.”

Cordeel’s ban is due to end following this weekend, meaning he will be able to return to the team for the Austrian round next week.

Beckmann has already raced for Charouz at the Imola round as a replacement for the injured Cem Bolukbasi. He picked up four points for eighth place in the feature race, which puts him ahead of the point-less Cordeel in the championship.

Cordeel is only the second F2 driver to collect a race ban. The other was Mahaveer Raghunathan who collected 24 penalty points, enough for two bans, during the course of the 2019 season.