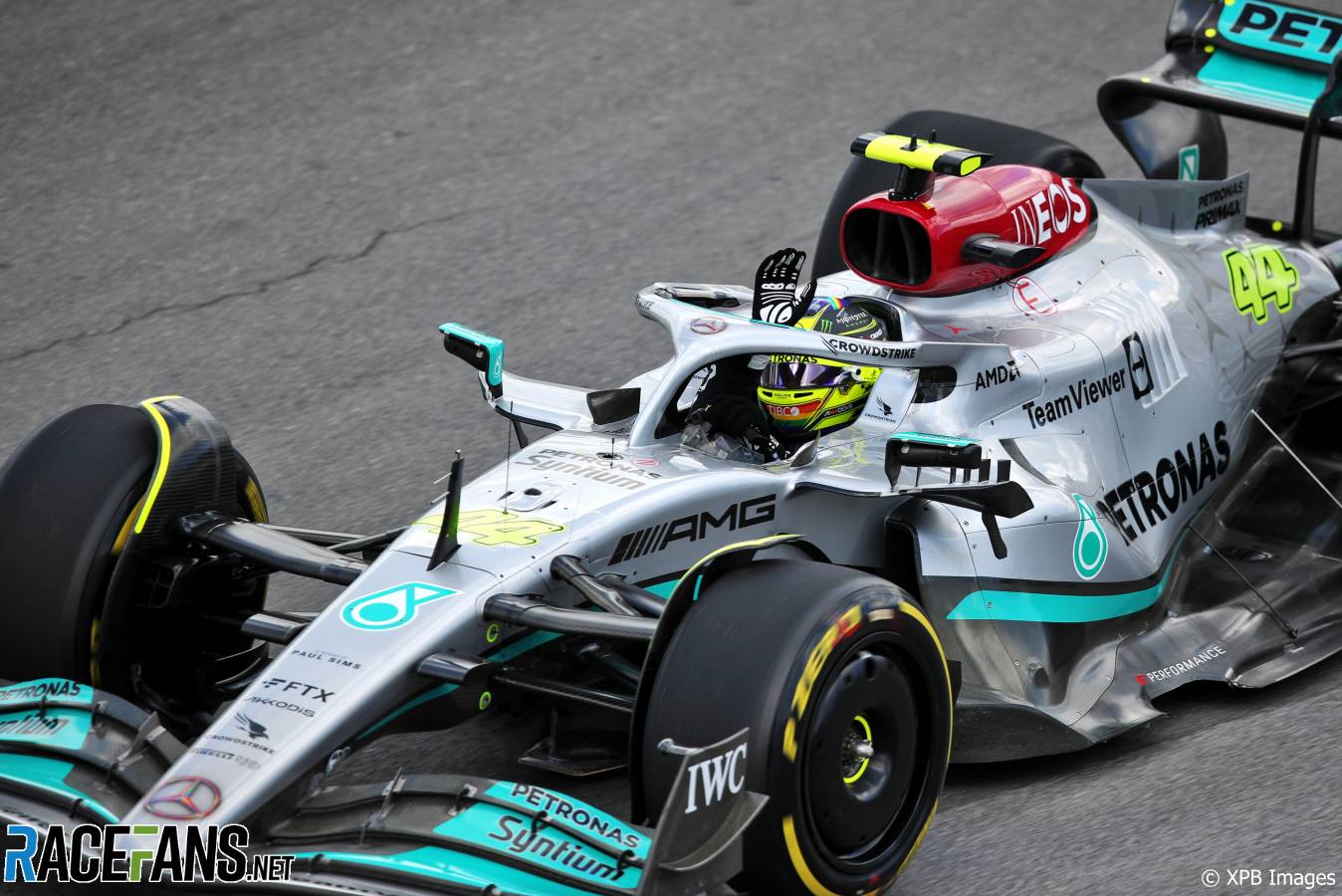 Will Silverstone bring out the best of Mercedes? Can Charles Leclerc stop the rot in the title fight?

Here are this weekend’s talking points as Formula 1 heads to Silverstone.

Can Mercedes finally make it a three-way fight?

Mercedes made a clear step forward with the upgrade the team introduced at the Spanish Grand Prix last month. But the W13 clearly favours smoother circuits, and the temporary tracks which followed largely weren’t kind to them.

The return to more conventional tracks this weekend is one of several stars which could be about to align in their favour. The team has said it intended to conclude its radical set-up experiments between Lewis Hamilton and George Russell’s cars after the last round, and further updates are expected this weekend which may unlock more from their troubled chassis.

Over four months since the W13 turned its first laps at this very track, could we finally see something closer to the pre-season level of performance which was expected from the reigning constructors’ champions? They certainly shouldn’t be short of support this weekend, as it’s the home race for both their drivers.

The British Grand Prix marks a timely opportunity for teams to bring new bits to their cars. While Monaco, Azerbaijan and Canada largely required circuit-specific changes, Silverstone is typical of several circuits which will follow.

There are rumours of a significant step coming from Red Bull. Aston Martin and Alpine have already indicated they will have new kit on their cars. But others, notably McLaren and Haas, have said they won’t have any major updates this weekend.

We could therefore be set for a shake-up in the competitive order of the midfield at least this weekend.

Leclerc must stop the rot

Charles Leclerc’s season is unravelling at an alarming pace for the Ferrari driver. In the last six races he has given away 95 points to the championship leader, largely due to poor reliability on his car.

If he is to stay in contention for the championship he badly needs to check Max Verstappen’s progress this weekend. Avenging the win he lost in the dying laps of last year’s race to Lewis Hamilton, having led most of the afternoon, would be a good starting point.

Can Williams snag a point at home?

Russell was cheered to the echo as he dragged his Williams FW43B into the final round of qualifying on Friday last year, snagging an improbable eighth on the grid alongside Carlos Sainz Jnr’s Ferrari. Could his replacement Alexander Albon pull off a similar feat this year?

It seems a tall order, though the FW44 has shown enough glimpses of pace for Q2 to be a possibility. The car performs rather better over a race stint though, and a few points would be hugely welcome for the team which is looking increasingly stranded at the bottom of the championship table.

Will anyone miss the sprint race?

Formula 1 introduced its divisive sprint race format at the British Grand Prix last year. But this year Silverstone’s event has switched back to the regular race weekend routine: practice on Friday, qualifying on Saturday, race on Sunday.

Will disappointed spectators clamour for a return to last season’s schedule? Or will the loss of Saturday’s extra race prompt no more than indifference from the fans? If so, it would be further proof F1’s latest gimmick does not measure up to the hype.

Are you going to the British Grand Prix?

If you’re heading to Silverstone for this weekend’s race, we want to hear from you:

Who do you think will be the team to beat in the British Grand Prix? Have your say below.