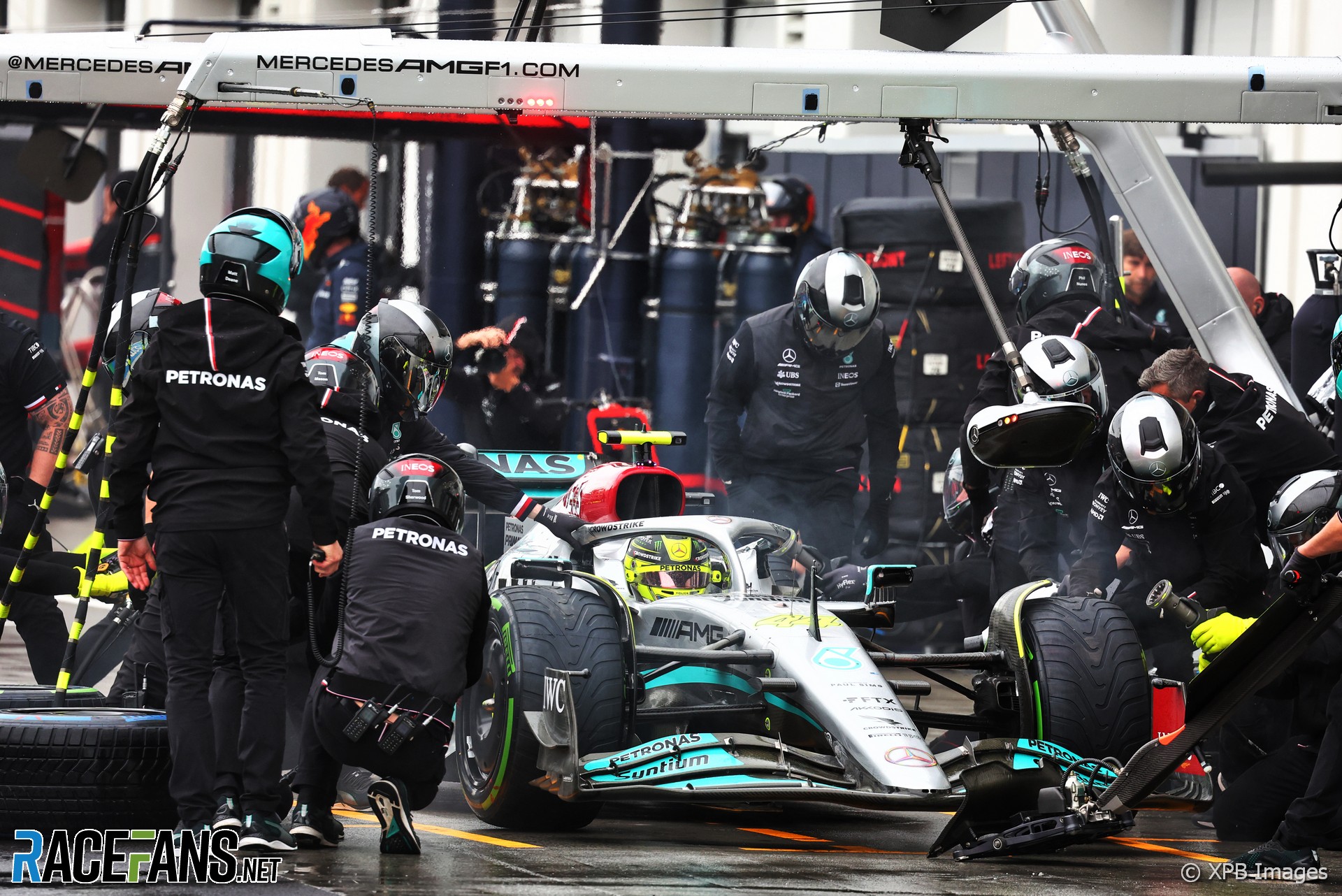 Lewis Hamilton came close to joining his team mate in switching to slicks tyres for his final run in Q3.

The move backfired for George Russell, who spun into a barrier as he began his first lap. Hamilton, who stuck with his intermediate tyres, took fourth on the grid, his best qualifying position of the year so far.

He said switching to slicks was “definitely a consideration” for the final run in Q3. “It was drying quite quick and there was definitely some points on the track which were looking to be dry.

“But for me it felt too big of a gamble especially with the temperature. So we decided to stay on inters. Naturally I think it was the right way. I think it still needed another 10 minutes or so before it went to slicks.”

Hamilton’s decision may also have been influenced by the different wing angles on the two Mercedes. He is running a thinner rear wing on his car, generating less downforce, and would have found it harder to get the slicks up to the correct temperature.

Although Russell’s gamble on slicks did not pay off, Mercedes team principal Toto Wolff had no problem with his tactics.

“But this is the moment where you can take risks and I’m up for risks. I’m up for ballsy calls. This is what he did and it could have been a hero moment. It wasn’t, but I think you’ve got to go for it when you are where we are.”

Hamilton and Russell’s radio messages from the end of Q3

Hamilton was the first of the two drivers to pit. Although he opted for intermediates, he twice suggested switching to slicks:

Russell came in later, and was initially told Max Verstappen was considering switching to slicks. He didn’t, and Russell was the only driver to venture out on slick tyres.

13 comments on “‘We should go for slicks, no?’ How Hamilton almost joined Russell in doomed tyre gamble”