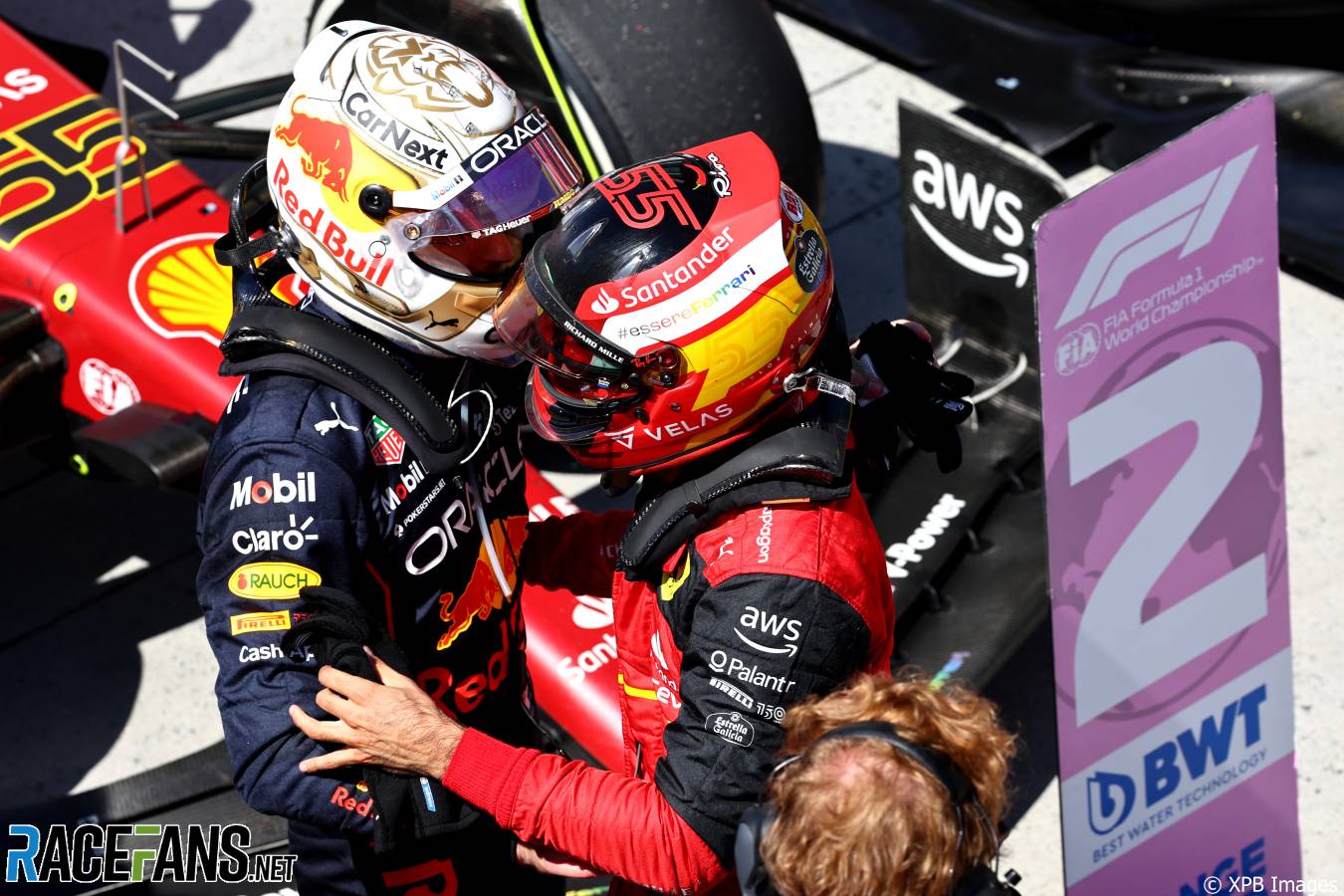 Max Verstappen saw off Carlos Sainz Jnr to claim his sixth win of the season in the Canadian Grand Prix and further extend his championship lead.

The Red Bull driver grabbed the first opportunity to pit when a Virtual Safety Car period was triggered by the retirement of his team mate Sergio Perez due to a suspected gearbox failure on lap eight.

Sainz, who passed Fernando Alonso on lap three to run second, did not come into the pits until a second VSC period occured later in the race, when Mick Schumacher pulled off into retirement.

He then closed on Verstappen, who came in for a second pit stop on lap 43. Although he fell behind Hamilton, he quickly passed the Mercedes, and set about taking a second per lap out of Sainz’s 10 second lead.

His progress was halted when Yuki Tsunoda crashed on his way out of the pits and the Safety Car was sent out. Sainz grabbed the opportunity to make a second pit stop and resumed on Verstappen’s tail.

After the race restarted, Sainz drew within DRS range of Verstappen for lap after lap, but was unable to make a move on the Red Bull driver. By the final lap he’d dropped out of the one-second window entirely as they approached the final chicane, and they crossed the finishing line a second apart.

The Mercedes drivers followed them home, Lewis Hamilton ahead of George Russell. They held back Charles Leclerc, who passed the Alpine duo after the Safety Car to finish fifth from the back row of the grid.

Esteban Ocon was the first of the two Alpines home. His team mate Fernando Alonso suffered an engine problem in the closing stages, and finished a disappointing seventh after starting on the front row.

The Alfa Romeo pair were next, Valtteri Bottas just three-tenths of a second behind Alonso at the line, the Alpine driver being noted by the stewards for weaving as he defended his position. Lance Stroll completed the top 10, taking a point in his home race.

McLaren endured a frustrating afternoon after pitting both cars under a Virtual Safety Car period but losing time. Daniel Ricciardo’s pit stop was slow and Lando Norris had to wait as his crew could not locate the correct tyres for his car immediately.

It was a tough day for Haas too, who failed to score after their drivers started on the third row of the grid. Kevin Magnussen made contact with Hamilton on the first lap, for the second time this year, and was summoned into the pits by the race director to have his damaged front wing replaced. Mick Schumacher retired while scrapping with Zhou.