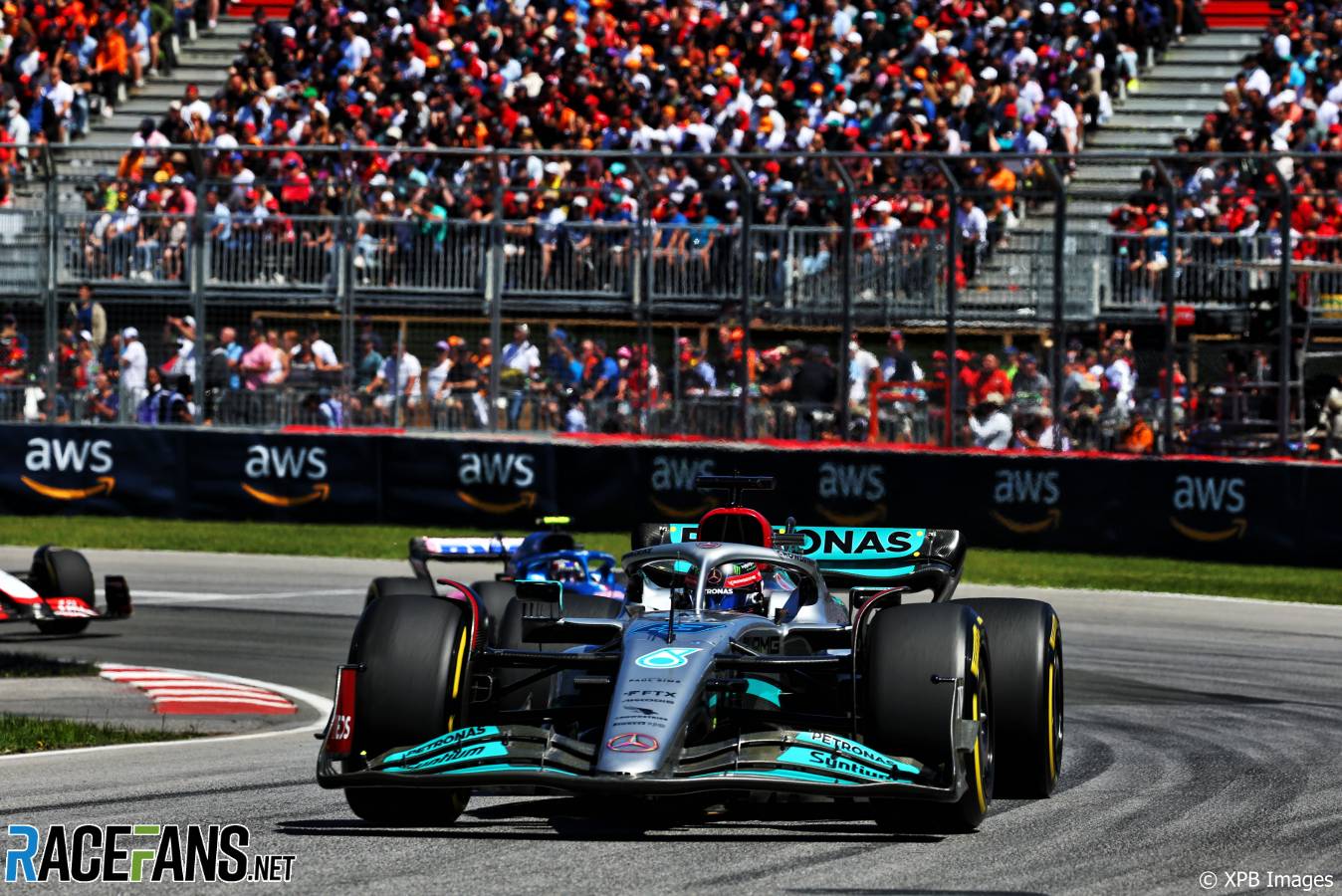 George Russell admitted he expected to come under attack from Charles Leclerc in the closing stages of the Canadian Grand Prix.

Following the final Safety Car period, Russell was running fourth behind team mate Lewis Hamilton. The two Alpines were behind him, followed by Leclerc.

After the restart Leclerc passed Fernando Alonso and Esteban Ocon. However he wasn’t able to make any impression on the Mercedes drivers, who secured third and fourth places. “I think as a team, we couldn’t have scored a better result,” said Russell.

He said went into the race hoping to beat the Haas drivers and the Alpine pair, including Alonso who started second. “We definitely feel we’ve made a point of being able to finish ahead of the Haas and the Alpines,” he said.

“It’s just Leclerc and Checo, we were a bit concerned about them. And to be honest, I’m quite surprised at the lack of their progress, especially once the Safety Car came out at the end.” Perez retired from the race early on.

Mercedes’ race pace “was definitely the closest it’s been all season” to that of Red Bull and Ferrari. “So we’ll take the positives,” said Russell. “But the inherent performance is still far from where we want it.”

Russell opted to run a higher rear wing level that team mate Hamilton. He said given the change in conditions prior to the race, his set-up turned out to be the less preferable option, but does not believe it cost him a better result.

“To be honest the track grip was far greater today than I expected,” he said. “We took a bit of a risk and we thought with the track resetting after the rain yesterday, high degradation, the bigger wing would have been good.

“But I think with the change of wind direction, the grip was really strong today and I think one-stop could have actually been possible. So potentially in hindsight it was over-winged but it wouldn’t have changed the overall result.”