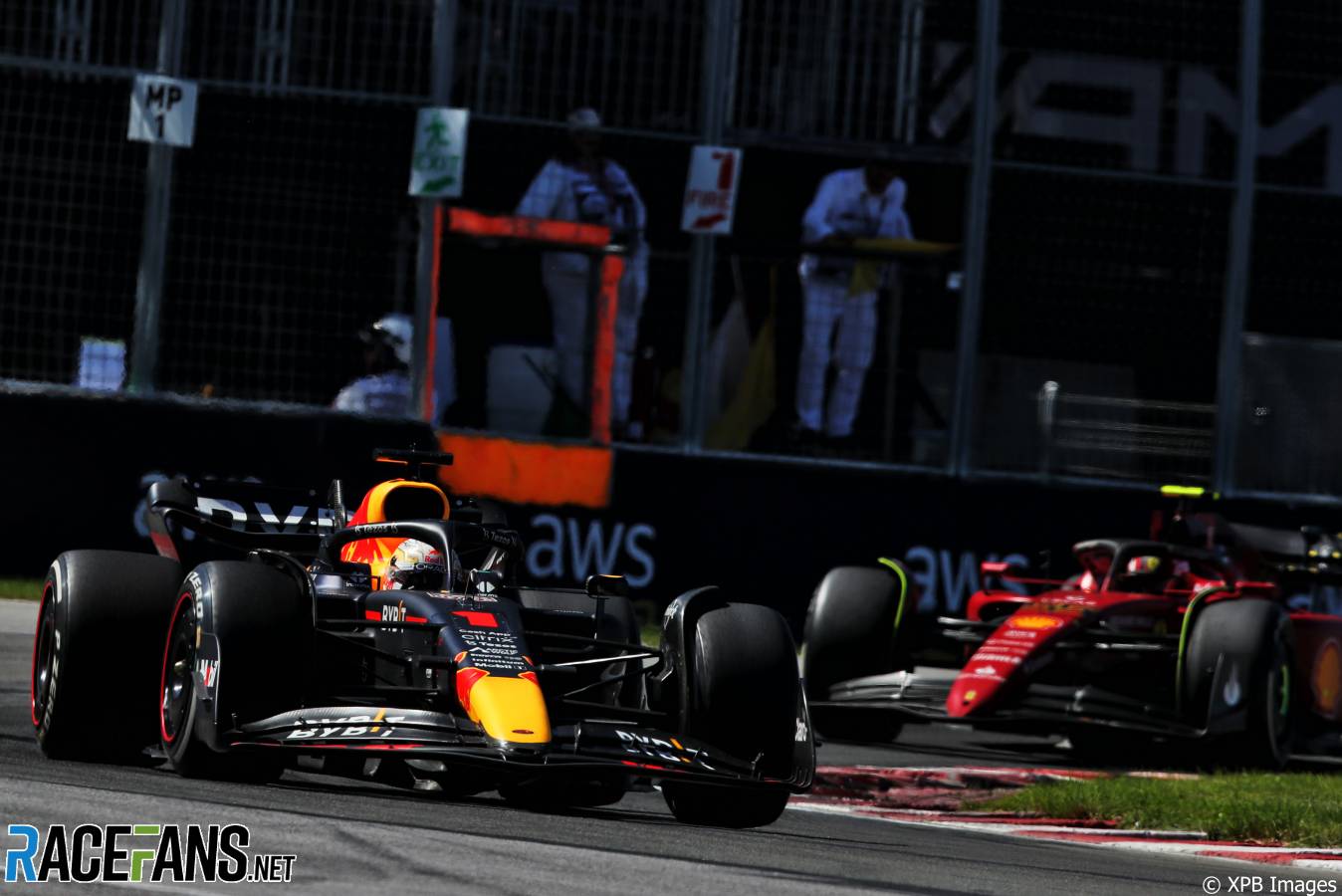 Carlos Sainz Jnr praised the pace of his Ferrari after finishing second to Max Verstappen in the Canadian Grand Prix.

The Ferrari driver spent the last 20 laps chasing the Red Bull but was unable to find a way past. Nonetheless he was encouraged by the performance of his car.

“I’m particularly happy with the race pace, with the way we managed to put pressure on Max during the whole race,” he said. “The timing of the pit stops, everything was right.

“Honestly we tried everything and we were very, very close to winning today so I will take the positives and keep trying in the next one.”

He spent several laps within DRS range of Verstappen. “I was pushing flat-out, I wasn’t leaving any inch to the walls under braking, I was pushing everything with the battery.

“I tried everything to pass Max but today we just didn’t have enough pace to get close enough in the hairpin to then get him a bit out of line into the chicane.”

“The positive thing is that we were quicker,” he added. “We were faster all race, it’s just that little bit more to overtake around here.”

Verstappen said his car’s top speed proved the decisive factor in the fight between the two. “Luckily this year we seemed really quick on the straights so that helps a lot,” he remarked.

A Safety Car period in the final third of the race allowed Sainz to restart on Verstappen’s tail with fresher tyres. “The Safety Car didn’t help,” Verstappen admitted. He had been closing on Sainz until the interruption gave Ferrari an opportunity to pit.

“I think overall they were very quick in the race so it would’ve been really tough for me to close that gap in the end with them on fresher tyres.

“But it was really exciting in the end, I was giving it everything I had, of course Carlos was doing the same. Following is tricky around here but I could see he was pushing, charging, pushing.

“But of course naturally when you’re under DRS it’s a bit easier to charge. The last few laps were a lot of fun.”