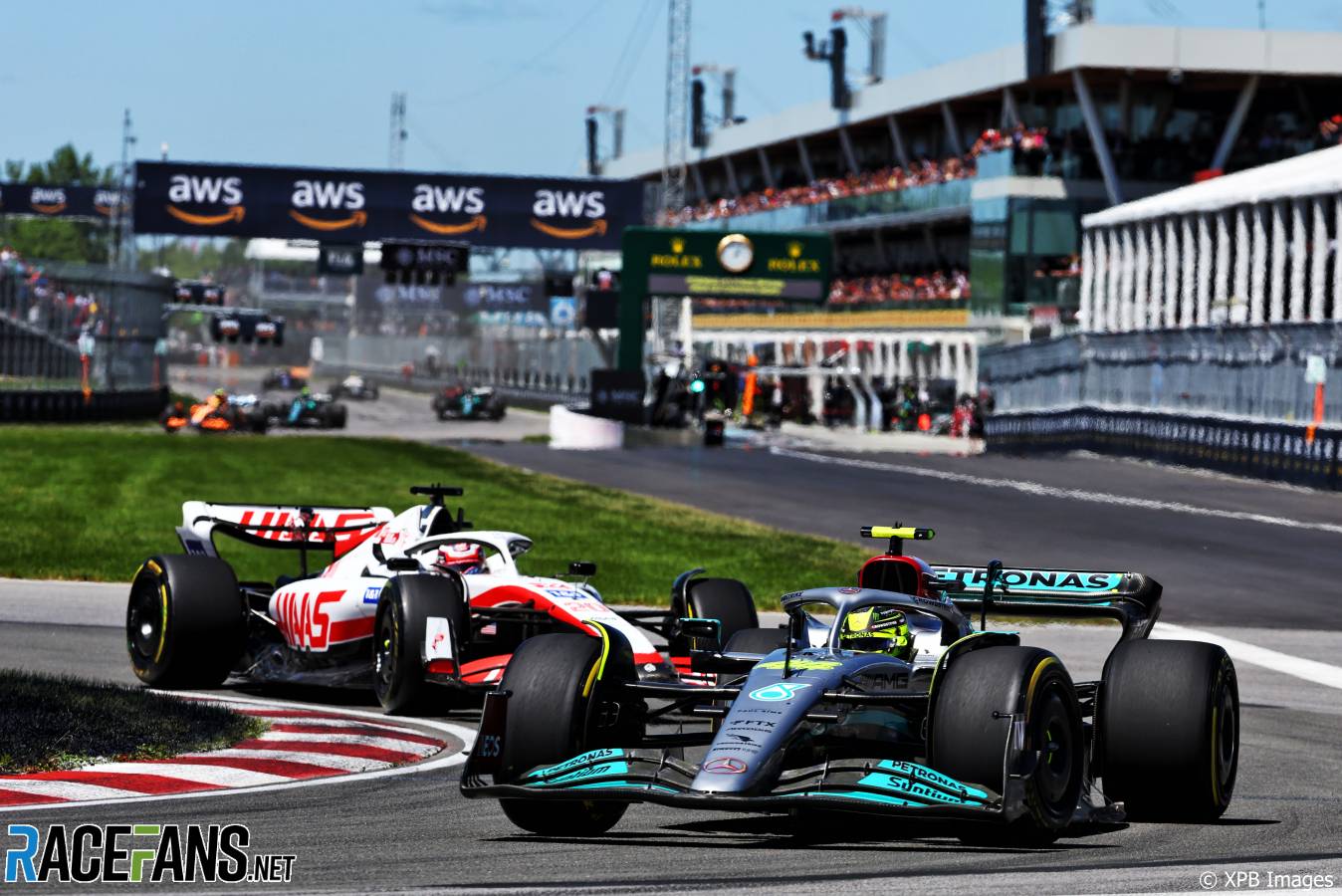 Lewis Hamilton said he was “honestly ecstatic” to take his second podium finish of 2022 at the Circuit Gilles Villeneuve.

After practice Hamilton had called his Mercedes “the worst car he had ever driven” around Montreal.

However he qualified fourth, his best starting position of 2022, behind Max Verstappen, Fernando Alonso and Carlos Sainz Jnr. The Mercedes driver passed his Alpine rival on his way to third.

“It’s quite overwhelming to get this third place, it’s been such a battle this year with the car and as a team,” said Hamilton.

“But we continue to stay vigilant and focussed and never giving up and that’s something I’m so proud of and inspired by my crew. So thank you everyone who’s here and back at the factory.”

Despite the team putting in one of its strongest showings so far this year, Hamilton said Mercedes are still not on the pace of Ferrari and Red Bull. “They’re a little bit too quick for us at the moment.

“But we’re giving it everything, we’re getting closer so we’ve just got to keep pushing, keep pushing and eventually hopefully we’ll be in the fight with these guys.”

There were two virtual and one full safety car period during the Montreal Grand Prix, the last of which helped bunch the pack up considerably, bringing Hamilton within sight of the leaders.

“I could just about see them at the end thanks to the Safety Car but honestly our pace was quite good, particularly in the second phase of the stint. We did a lot of work back at the simulator but also here to get the set-up right,” Hamilton said.

“So honestly I’m ecstatic, I didn’t expect this coming into the weekend. It’s my second podium so this feels really special, especially where I got my first grand prix win here in Montreal.”

He also enjoyed a less uncomfortable race in his car after his painful race in Baku a week ago. “I’m back to being young,” he said.