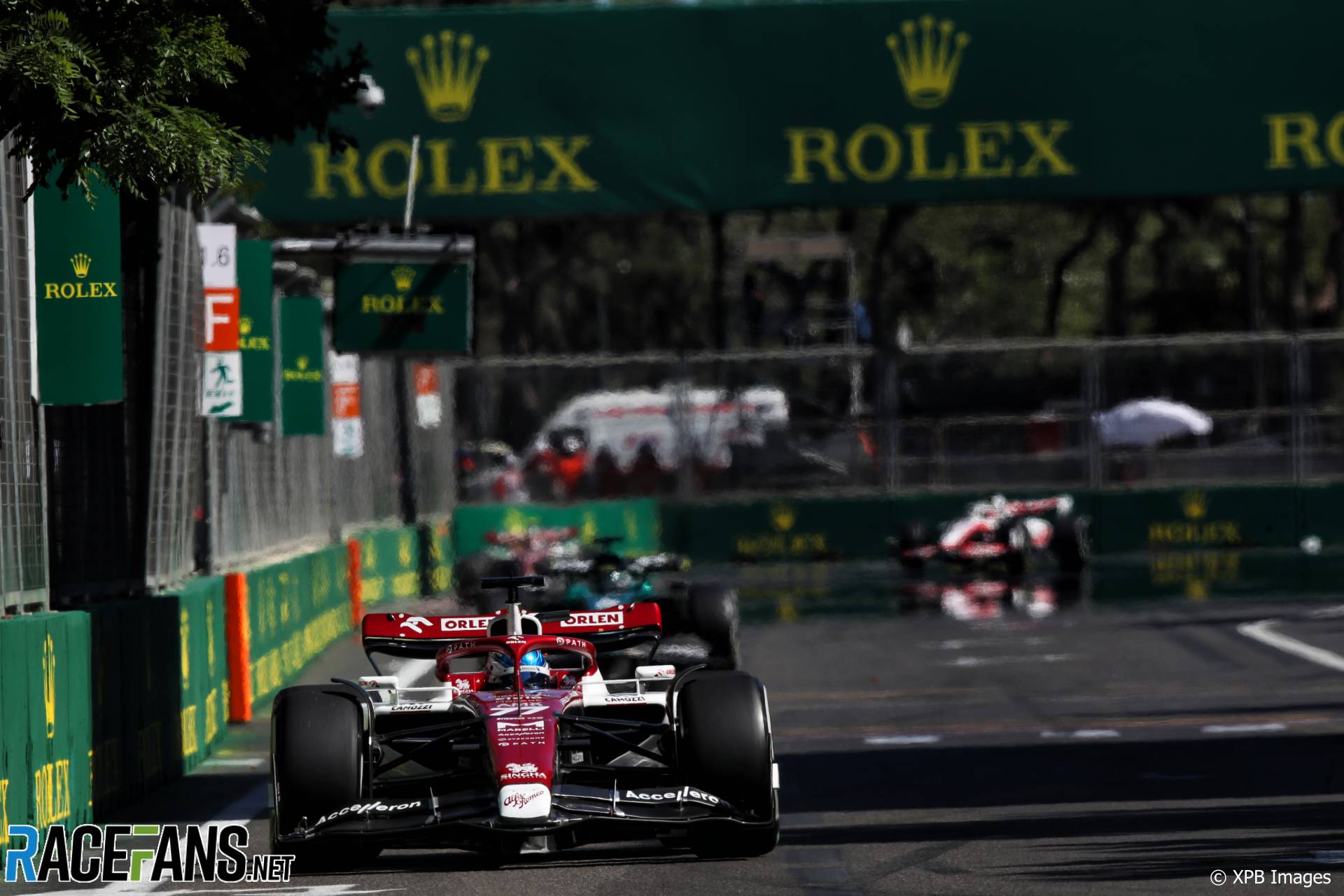 Valtteri Bottas expects Alfa Romeo will discover something was wrong with his car during the Azerbaijan Grand Prix as his lap times were slower than those of the Williams drivers’ at the end of the race.

Bottas failed to reach Q3 for the first time this season in Baku. He started 15th, behind Zhou Guanyu, and lapped up to a second off his rookie team mate’s pace.

“I had no chance to match Zhou’s lap times, he was in another league,” Bottas admitted. “Almost one-second faster which is, for me, quite strange. It really didn’t make a difference what compound we had.”

After the race Bottas said “I wish I knew” where his pace had gone. “It almost feels like something is fundamentally wrong because we were so off the expected lap times and pace.

“Even Williams were faster than us at the end of the race, which is not where our car should be.”

Bottas believes his problems began after the opening day of practice. “One big thing from Friday to Saturday, it just felt like we lost rear end,” he said. “Which is a bit strange because with the parts that we changed, it should have been increasing the rear end, so we need to find out what’s gone wrong.”

While other drivers were compromised by their car bottoming out on the bumpy Baku track, Bottas believes his problem was different. “It’s the same package we had in Barcelona and we’ve been able to run the car as low as we want there. So it’s something we need to figure out before Montreal because clearly [we are] lacking pace.”

Bottas admitted it will be a challenge to cure the problem in the limited time between last weekend’s race and Sunday’s Canadian Grand Prix.

“There’s not many days until we get back on track and we only have ‘x’ amount of parts in the car,” Bottas acknowledged. “So I hope we can find something, for us.”