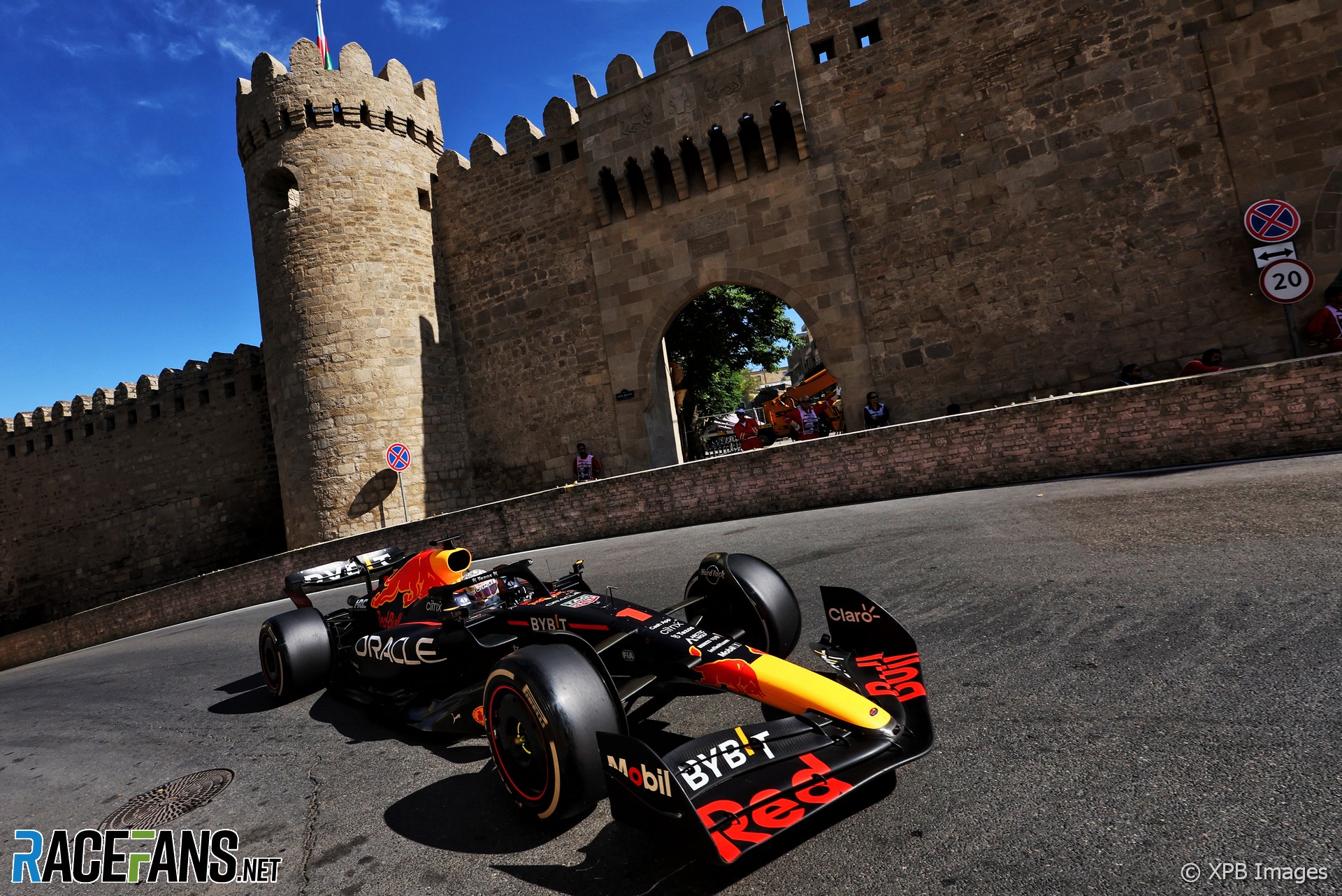 Azerbaijan Grand Prix winner Max Verstappen says parts of the track need to be resurfaced before Formula 1 returns next year.

The six-kilometre Baku City Circuit in run on streets around the capital. The venue sees some of the highest top speeds of the year – drivers reached around 350kph (217mph) last weekend.

As F1 teams are running the latest generation of cars more stiffly than before, many drivers complained about the severity of the bumps during Sunday’s race.

Verstappen said the track is “enjoyable to drive” but felt the surface was bumpier than it had been before.

“I think, it’s getting a bit bumpy in some places, especially now with the new cars being so stiff and low to the ground,” he said.

“The main straight is way too bumpy, we have to really try and find a bit of a line. So it would be nice if that could be resurfaced for next year.

“But overall, I think it’s a special track. The second sector, between the castle bit, it’s quite unique, I would say.”

Verstappen scored his fifth win of the season after championship rival Charles Leclerc retired from the lead. The two drivers have now both failed to finish two races each this year.

“Of course we had our misfortune in the beginning of the year, so we knew that we had to play a bit of catch-up,” said Verstappen. “But then of course it seems like now it’s more or less evened out with the bad luck.

“You have to score points every single weekend if you want to really fight for the championship. Everyone knows that, everyone of course tries that, but it’s not always that easy.”