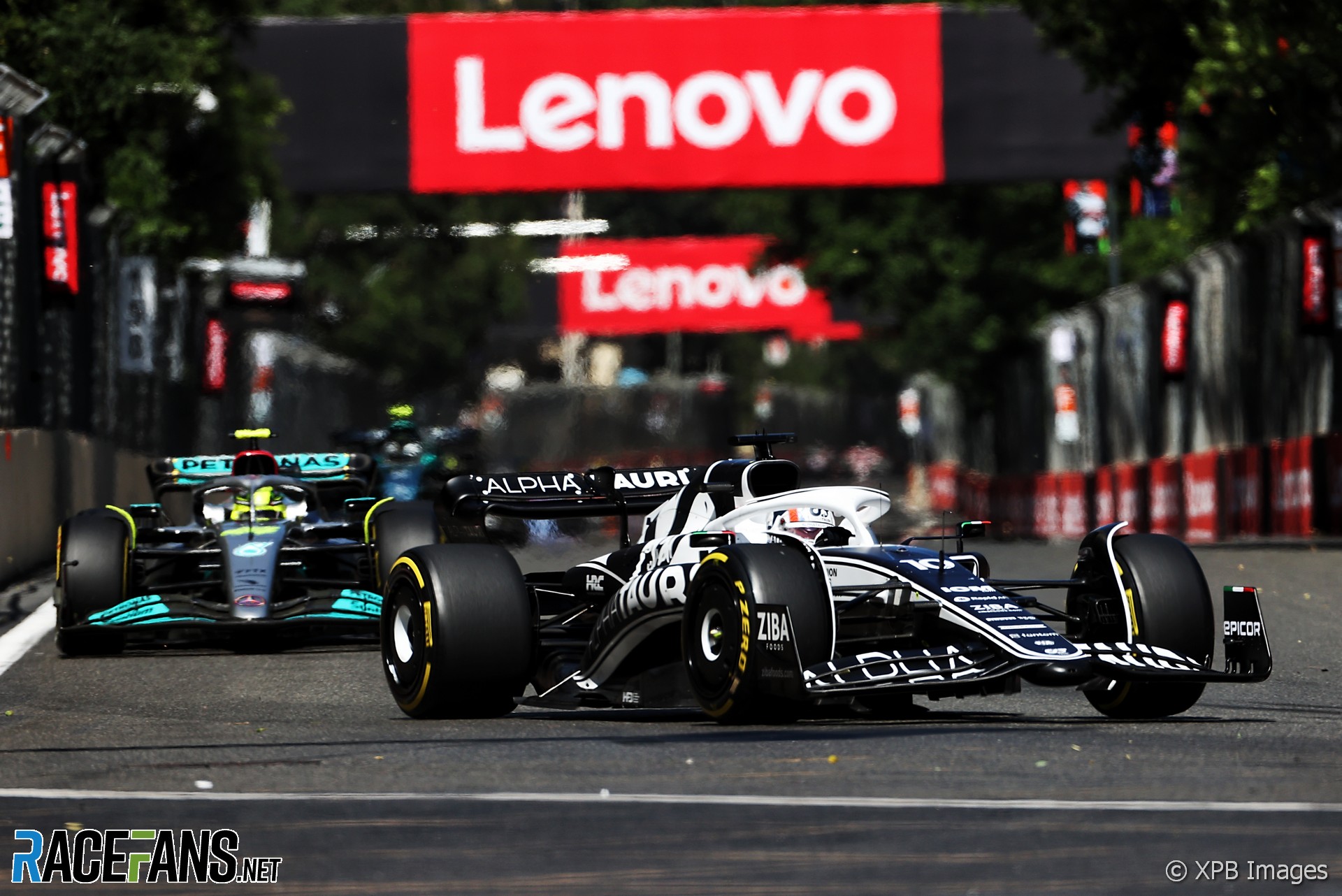 Pierre Gasly says he insisted his AlphaTauri team focus on avoiding mistakes before the Azerbaijan Grand Prix, where he scored his best result of the season so far.

Two weeks earlier in Monaco, Gasly had been frustrated after dropping out in Q1 partly due to a red flag which was triggered by his team mate. He qualified sixth in Azerbaijan and finished one place higher, capitalising on the retirements of the Ferrari drivers.

“I must say it’s been pretty much the perfect weekend from our side,” said Gasly after the race. “It came right on time after the start of the year where we’ve been quite unlucky, quite a lot of incidents, mistakes.”

Ahead of the Baku race, Gasly told his team they had to cut out the errors. “Coming into this weekend I really insisted, from all of us, to focus on minimising the mistakes and just execute the best weekend we could with the package we had,” he said. “And that’s what we did: P6 in quali, P5 in the race.”

Gasly ran fourth at one stage but was unable to keep Lewis Hamilton behind after the Mercedes driver used a late Virtual Safety Car period to fit a fresh set of hard tyres. Gasly did not have another set left for the race.

“The later Safety Car didn’t play in our favour with the fact that we had only one set of hard tyres, so we didn’t really have any choice than staying on track,” he said. “But I mean, if we are fighting with Mercedes we know that means we’re doing our job right. We’ve got to keep pushing and maximising these opportunities when they’re coming to us.”

He believes he would have had a closer fight with Hamilton if the VSC hadn’t given his rival a chance to fit fresh rubber.

“I tried, but he was so much faster with his new tyres,” said Gasly. “We boxed earlier than we would have liked, due to the first Virtual Safety Car, and I had to extend that stint to make it work for 41 laps I think and this was already hard enough.

“So when he came out with the new tyres, initially hearing his lap times, I was like ‘okay, this is not going to be an easy thing to keep him behind’. But there was just too big a difference with the difference of tyres.”

Gasly’s race engineer Pierre Hamelin advised him not to get drawn into a prolonged battle with Hamilton. “I think we knew that the target at the start of the race would be we’ll see what happens with Lewis but, if they were faster than us, not to waste too much time or kill our tyres too much,” Gasly explained.

“It would have been interesting to see if he could have caught us on the same set of tyres, which I think would have been a pretty nice battle. But fair play to them and at the end it’s the first top five of the year, after the performance from the start of the season, I think we can be extremely happy with that.”