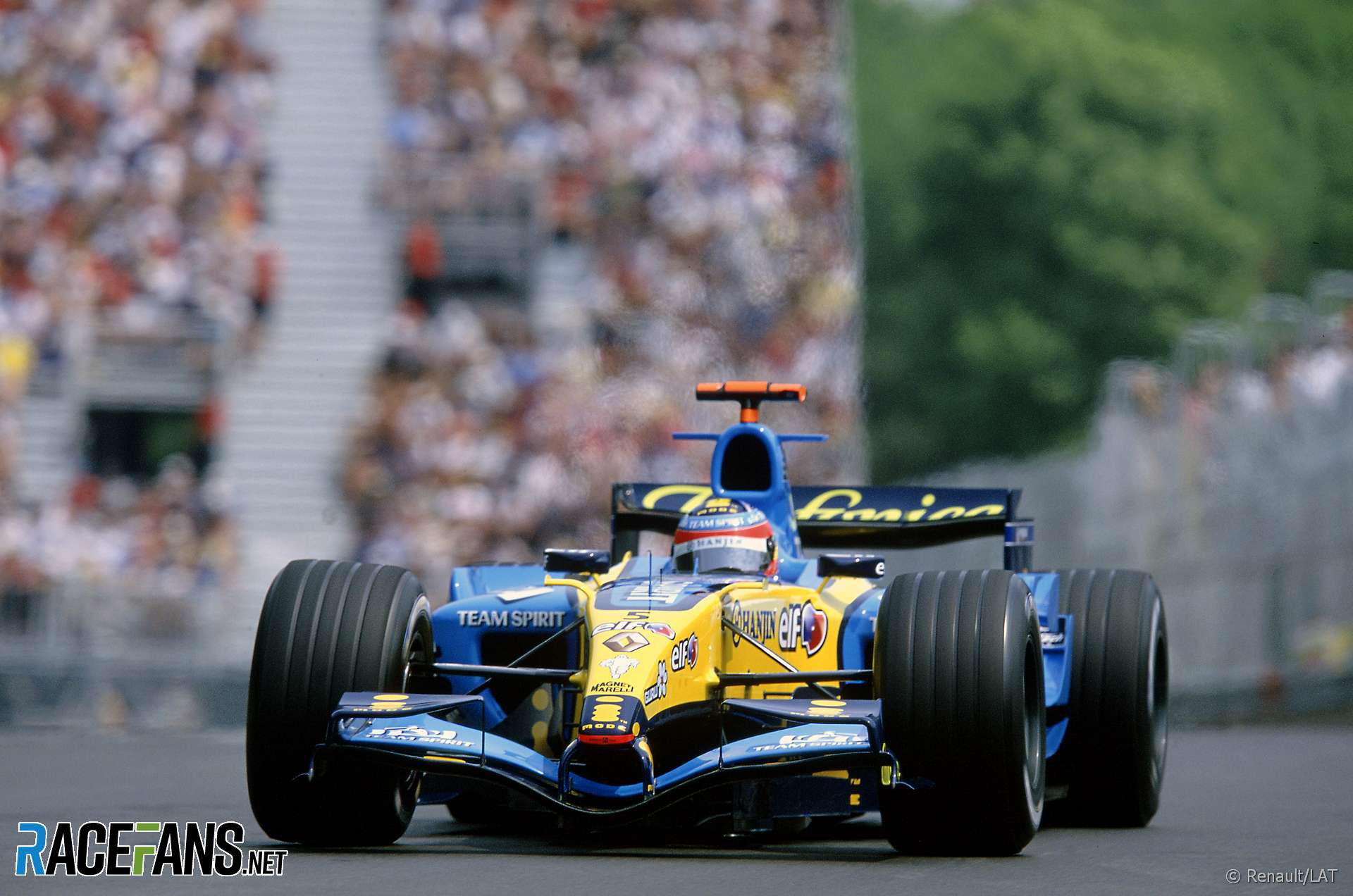 In the round-up: Fernando Alonso says that the old one-shot qualifying system used between 2003 and 2005 was ‘good for drivers’

Alonso raced with the system between 2003 and 2005 where each driver was given one flying lap on a clear track to set a lap time and determine their grid position.

Asked if he felt restarting Q1 in Baku yesterday with two-and-a-half minutes remaining after a red flag made the end of the session too much of a lottery, Alonso said “yeah, it is a lottery.

“The old format that we all had a ‘Super Pole’ – one lap alone on track – maybe that was good for TV and it was good for us as well. At the moment there is too much interaction with other cars, with tows, with traffic, with yellow flags – and this is not the best.”

The FIA stewards have recommended a rethink of Formula 1’s regulations governing the pit lane exit after both Haas drivers were investigated, then cleared, over violations during qualifying.

However the stewards noted that because the Haas pit was adjacent to the exit, and the queue had formed before their drivers were sent from their garages, “it would have been extremely difficult, if not impossible, for the team to determine which order the cars should depart.”

This is not the first time such a confusion has arisen, the stewards noted, and requested the rule be reviewed. “The stewards recommend that this particular regulation be examined, as this case is almost identical to that involving Williams Racing in Mexico 2021, where no further action was taken.”

Ralph Boschung was given a three-place grid penalty for causing a crash at the end of Saturday’s Formula 2 sprint race. The stewards ruled he failed to leave enough room for Calan Williams on his outside at turn one, forcing him into a barrier, after which he was hit by other cars.

“The stewards determined that car 21 [Williams] was entitled to a minimum of a car width at the exit and as car 15 [Boschung] did not leave this space is judged to be wholly at fault for the incident.” Boschung was also given a penalty point on his licence, putting him on a total of four.

The repair work arising from the crash delayed the start of F1’s final practice session by 15 minutes, causing a corresponding delay to the later qualifying session.

Colton Herta will be relegated six places on the grid for today’s IndyCar Grand Prix of Road America for an unapproved engine change. The Andretti driver will fall from fifth to 11th on the grid, promoting Patricio O’Ward, Romain Grosjean, Felix Rosenqvist, Scott McLaughlin, Scott Dixon and Simon Pagenaud.

p11, lap was good, I just didn't get a slipstream. Be back at it for the race pic.twitter.com/R7lrWRfBDf

Love this in the #LeMans24 race director's briefing notes for the start: "Do not forget that the race is 24 Hours, not only T1" 🤪

"Optus Stadium on the banks of the city's Swan River was lit up in a shade of papaya on Friday night to reference the colour of the Aussie driver's McLaren while he battles the unforgiving track at the Azerbaijan Grand Prix."

"The Automobile Club de l’Ouest (ACO) has been awarded a 2-star FIA Environmental Accreditation rating. In 2019, the race generated over 36,000 tonnes of CO2. The ACO identified areas of improvement and has set about achieving carbon neutrality by 2030, with the aim of reducing emissions by 30%. The carbon neutral project is known as Race to 2030."

"Speaking ahead of the 2022 Formula 1 Azerbaijan Grand Prix at the Baku City Circuit, Ferrari Team Principal Mattia Binotto says that his team's pit stop misjudgement at Monaco has resulted in a 'lesson learned' and will 'make us stronger.' "

"The Azerbaijan Grand Prix is almost upon us, so it's time for another edition of The Williams Warm-Up!"

"I have decided to create a ranking of who I rate as the top 100 Formula 1 drivers of all time in reverse order, with a detailed description of each driver’s career in each article. This is purely my own personal opinion, written for a bit of fun, and in reality it is impossible to know who the greatest of all time really is, if there even is one."

With George Russell warning that F1 is risking a major accident due to how much new cars bounce over bumps, @robbie believes there is a lot for the teams to discover with the new technical regulations.

It’s early days and it is up to teams to figure this out. And as they do they’re still way better off than having clean air dependent cars. This change was badly needed and there is much development that will come yet. Once the teams that are struggling can adapt some of the ideas Ferrari and Red Bull got right from the get-go there will be a convergence of performance and much less porpoising. RBR has shown you can have an insignificant amount of it and be in championship level form.

But the difference to now and last year is that now all the teams can see what the others had on their drawing board back when this was all much more of an unknown between teams, and there was great surprise and delight at all the different iterations, the different takes each team had on interpreting the regs at pre-season time. Stability in the regs for next year should start to make the cars look more similar and have less and less porpoising.
Robbie