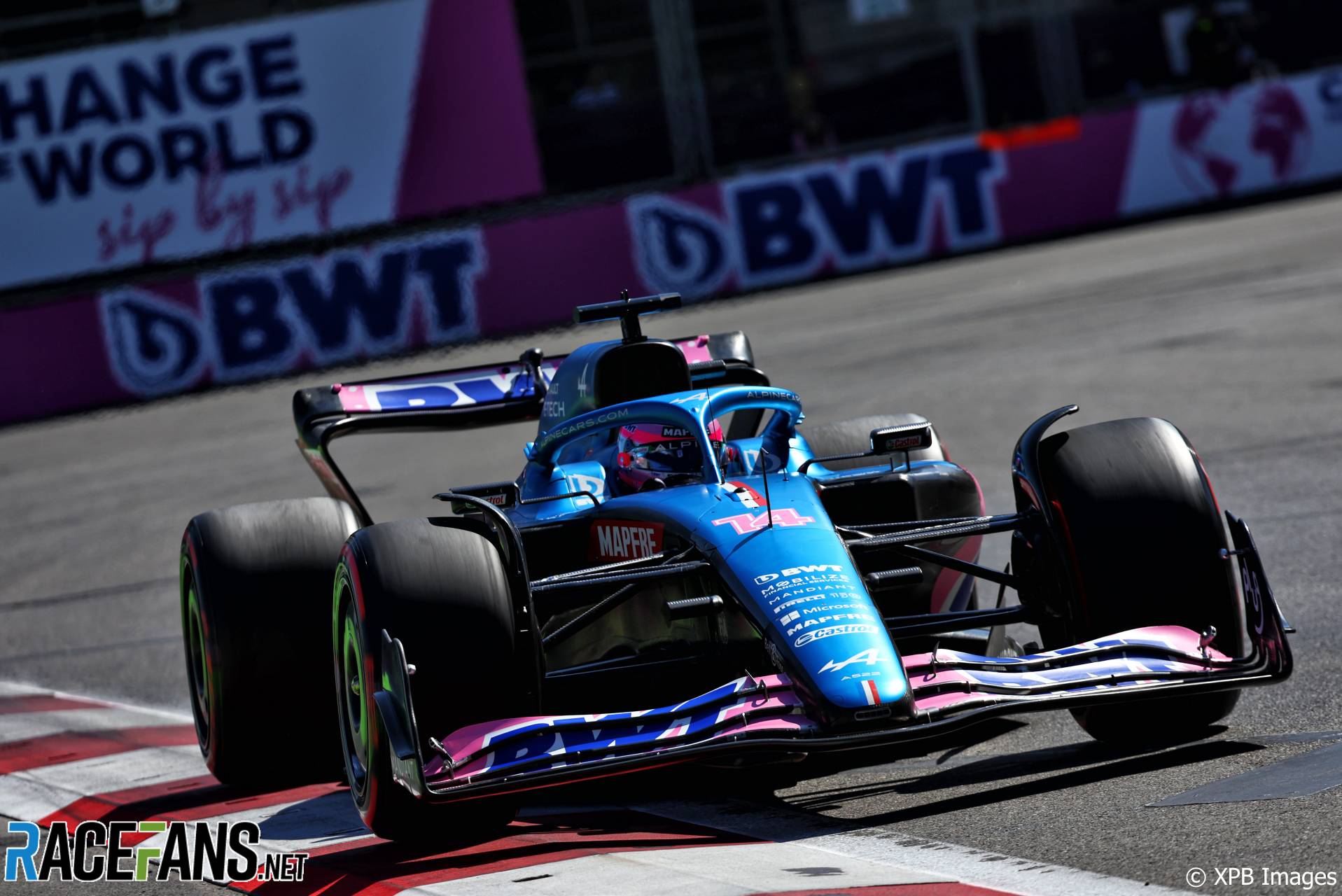 Albon strenuously criticised the Alpine driver on his radio after being caught behind him on his final run in Q1. Alonso eventually drove up the escape road at turn 15 and came to a stop.

“He needs to get penalised this guy,” Albon complained. “He has to. It’s ridiculous.

“He was doing it the whole lap. He was driving slowly on purpose. It was so obvious how he went off the track. It was ridiculous. He braked so early and then he just went off the circuit.”

The incident occurred when Q1 restarted following a red flag with two-and-a-half minutes remaining. This left drivers running in a tight pack as they tried to secure a place in Q2.

Albon was eliminated in Q1 while Alonso progressed and went on to qualify in the top 10.

Asked about the incident by RaceFans afterwards, Albon said Alonso was “playing the system” by reducing the opportunity for drivers behind him to improve their times.

“There are games, of course there are games,” he said. “You reduce the people that can do a lap to begin Q1, in a way. Then also people create more yellow flags for the cars behind you, but obviously you make it through Q2.”

Albon said he had a good chance of getting into Q2 if he hadn’t been held up by Alonso. “I’m 99% sure if I didn’t make a mistake in the last corner, I would have benefited from the slipstream that I chose to take behind him for the whole lap, and we would have got into Q2.

“So it is one of them things. And I’m not angry at Fernando, I just think he’s a smart guy and he plays the system well.”

Asked whether he played any tricks on the lap in Q1, Alonso said: “Not really.

“I mean, that corner, I think we saw during qualifying that it was extremely challenging. I braked late, I could not make the corner I thought, so I took the escape road.”

Other drivers also had problems at that corner, said Alonso. “McLaren did as well in Q2, Sebastian [Vettel] thought that he could make the corner and broke the front wing.

“There is always a tricky decision that you need to make in one-tenth of a second. I took the escape road.”

Alonso said F1 should consider revising its rules to take such situation into account. “I know there is a lot of frustration because there was queuing cars and only two minutes and a half at the end of Q1.

“But honestly, I understand them because I was in the other position as well many times and I think Esteban missed Q3 because (of) a yellow flag in Q2 from McLaren. So we need to find a better solution for this kind of problem because we should be all able to make our laps, you know.”