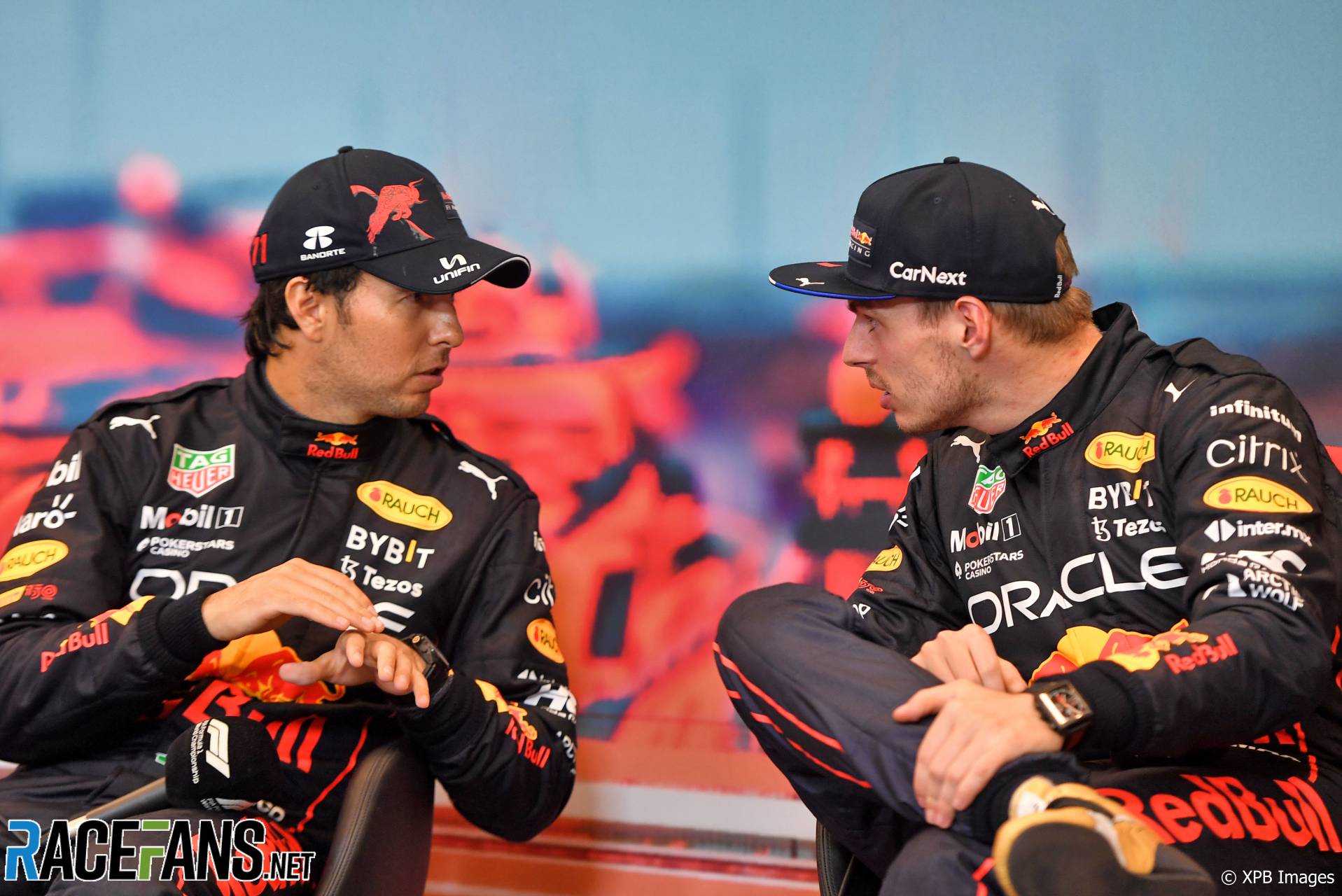 In the round-up: Max Verstappen insists that his relationship with team mate Sergio Perez will not change if they compete for this year’s world championship

Max Verstappen insists that his relationship with team mate Sergio Perez will not change if they compete for this year’s world championship.

Perez won his first race of the season last weekend in Monaco to move within 15 points of the championship leader. Verstappen says he considers Perez a genuine championship rival, but insists that his relationship with Perez will not be affected.

“Why would that change?,” says Verstappen. “We work really well as a team.

“We always try to optimise the car and work for the team and we can accept when somebody does a good job or does a better job and I think that’s very important because that’s how you are respectful to each other and yeah, may the best man win at the end, right? We always, of course, try to do the best we can on the track but we also respect each other a lot and try to score the most possible points every single weekend for the team.”

McLaren team principal Andreas Seidl says McLaren are aiming for “at least P4” in the constructors’ championship in 2022.

McLaren currently sit fourth in the constructors’ championship, 75 points behind Mercedes but 18 points ahead of Alfa Romeo. Lando Norris has scored 48 of McLaren’s tally, with Daniel Ricciardo contributing just 11 to that total.

“Our target is clear,” says Seidl. “We want to fight for at least P4 in the constructors’ championship. I think we have everything in the team together with Lando and Daniel to do that.

“We know that the competition will not stand still, so we need to make sure we keep developing this car as well, which we’ve been doing. Obviously it’s encouraging, you can see the pace we had both in Barcelona and the challenging conditions for us, but also especially [in Monaco] and hopefully it continues like that on different tracks with different characteristics.”

The ART driver held off Beganovic after a late Safety Car restart to win by just under three tenths of a second from the Prema, with Van Amersfoort’s Kas Haverkort completing the podium.

Beganovic’s lead in the championship now sits a 63 points with 12 races remaining having extended his streak of finishing in the top two in all eight opening races.

Whatever language you speak, Toto and UNHCR have one message: there has never been a more important time to stand #WithRefugees 💙 @refugees

THIS IS ABSOLUTELY RIDICULOUS. 😡 https://t.co/TsX4MHJXyU

What do young drivers get up to in their free time? @trident_team's @FIAFormula3 driver Zane Maloney is currently rallying and is in contention for the win https://t.co/GsLjh699PR

"This car was raced by Graham Hill in the F2 formula category both in the UK and on the continents using a 1 litre + Formula 2 BRM engine. Its most prominent win was in 1966 at the Barcelona GP which was piloted by Graham Hill."

"In a recent Instagram post, Hamilton stated that, ‘LEGO was my fav thing as a kid apart from racing! Haven’t touched it since I was young and I finally got myself this bad boy. Since I’m a Star Wars fan ­– this is a dream.’"

"Toyota Gazoo Racing topped the times morning and afternoon as all 62 cars for this year’s third round of the FIA World Endurance Championship, the 90th running of the 24 Hours of Le Mans, had their first taste of the 13.626km Circuit de la Sarthe during the Official Test Day."

Nick Cassidy gets to drive a two-seater F1 car around the Lausitzring in Germany. 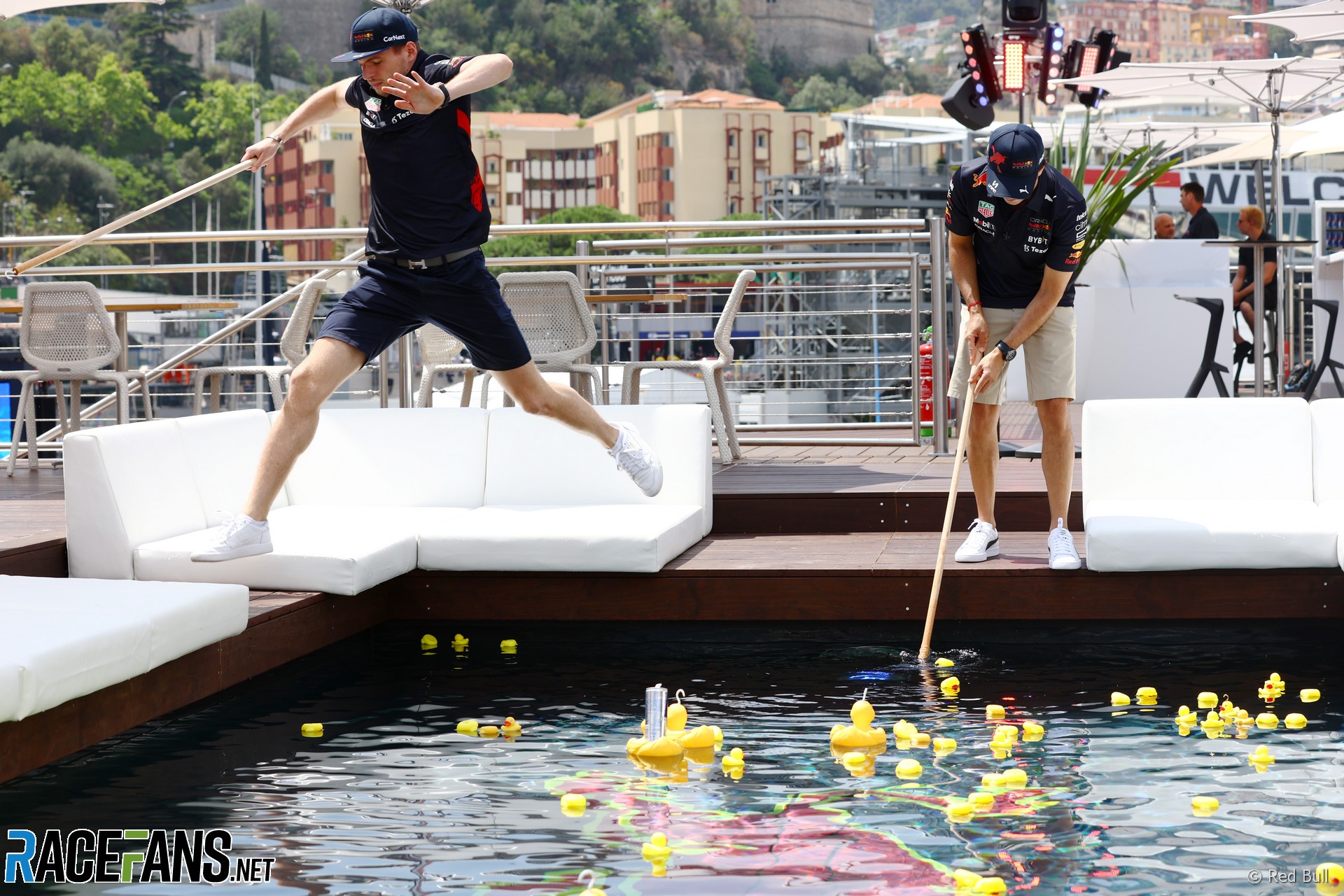 The only time at the Monaco GP that wet rubber was used at the swimming pool without needing a red flag.
Red Andy

Thanks to everyone who came up with caption idea this week and a special mention to Robbie, Stephen Crowsen, Sonny Crockett and Derek Edwards who all came up with particularly good captions.