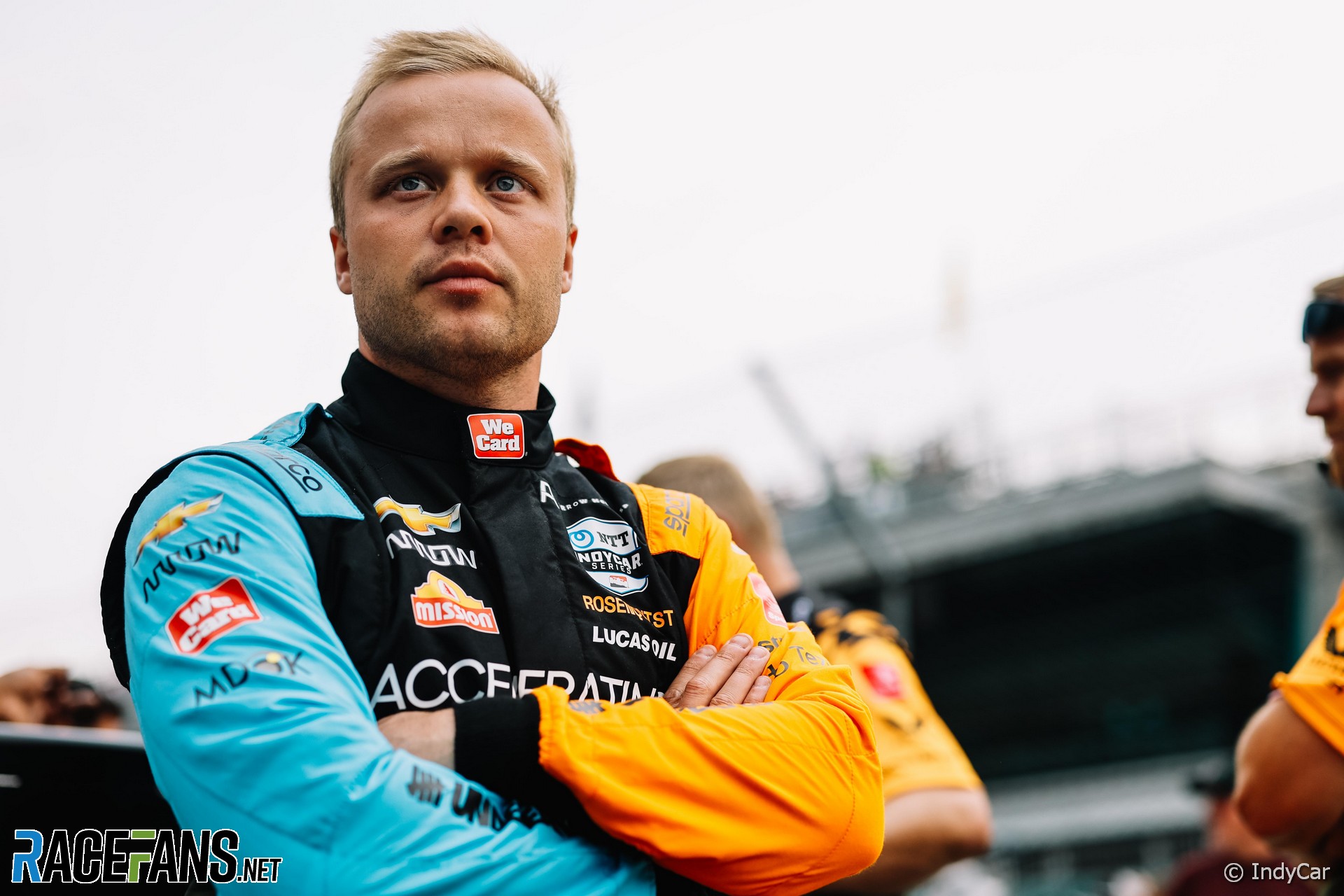 Alexander Rossi’s arrival at the McLaren SP IndyCar team next year will not necessarily come at the expense of Felix Rosenqvist.

The team will expand to three cars next year when Rossi arrives alongside Patricio O’Ward. Rossi’s deal was announced yesterday, while a contract extension for O’Ward was confirmed last week.

Rosenqvist is yet to win a race since joining the team last year and placed 21st in the championship last season. He has enjoyed a better start to this year and currently lies ninth in the standings.

McLaren SP president Taylor Kiel said the team is open to keeping Rosenqvist as part of its expanded line-up.

“I think Felix is a fantastic driver and he’s a great fit for our team,” said Kiel. “Felix just needs to continue doing what he’s doing, right? We’re evaluating how to make our team better all the time. Felix is a part of that right now.

“As long as he’s doing what he needs to do, and he knows what that is, he’ll be driving for us. There’s no secret about that.”

Rosenqvist missed two races last year after being injured in a crash in Detroit, where the series is racing this weekend.

“I’m proud of Felix,” Kiel continued. “I think he does a great job. I’m expecting him to have a great weekend this weekend. He was very quick here last year.

“I’m just excited for Felix because I feel like he’s in that group now, our team is in that group. He had a fantastic Indy 500. We’ll see how the rest of the season goes.”

Kiel said the team’s priority is not to dilute the strength of its existing two cars by adding a third.

“It’s been a goal of ours to expand to three entries,” he explained. “Bringing Alex onboard automatically makes that a contender.

“The goal for us is certainly not to detract from the other two. Bringing Alex in, the team we’re going to build around him, is very exciting for me. It gives us three great opportunities every week. We’re confident that Alex will help push our program forward with the experience and knowledge he has.”