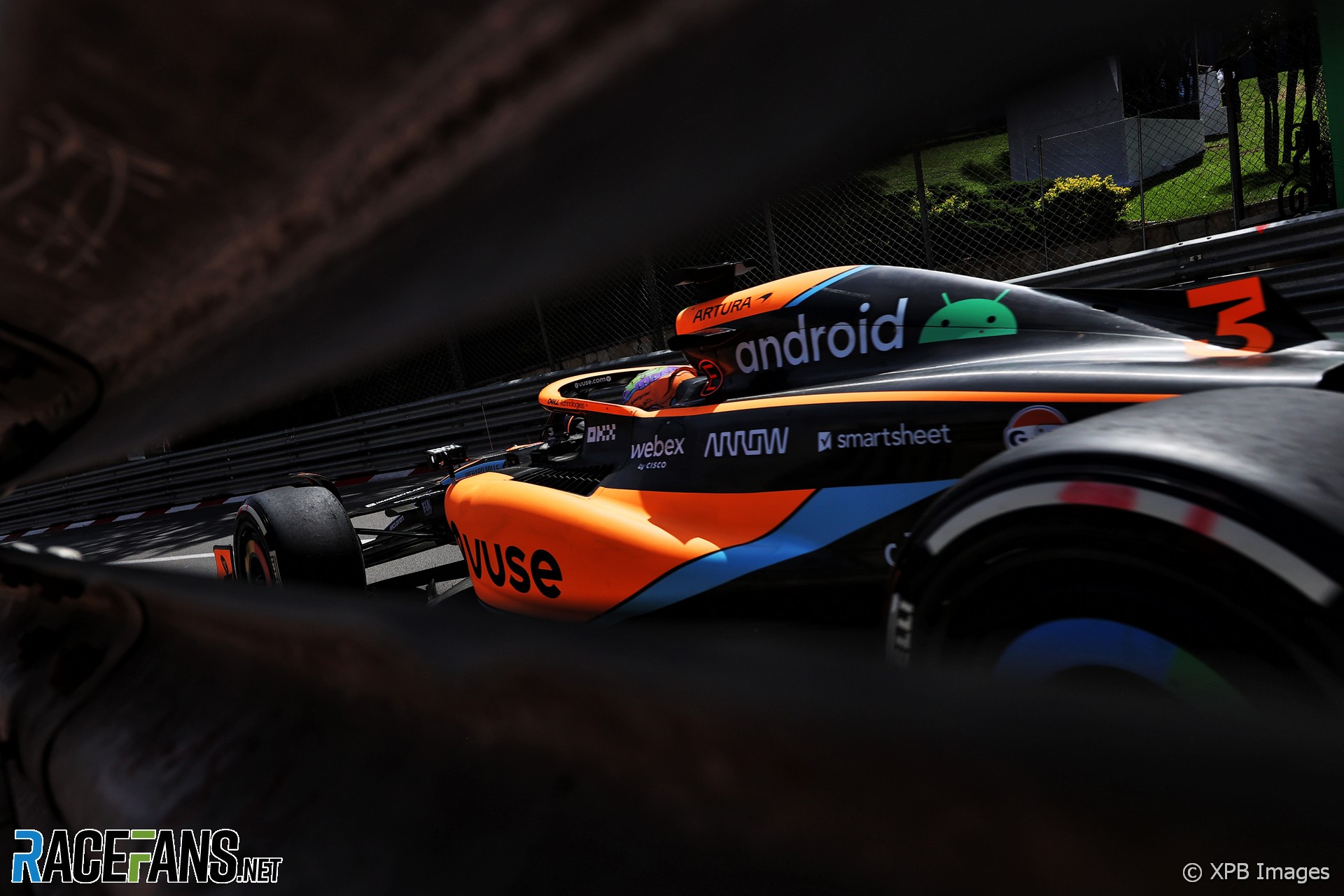 In the round-up: McLaren team principal Andreas Seidl says that Daniel Ricciardo will carry out runs in McLaren’s simulator to help understand where he is losing time compared to Lando Norris

McLaren team principal Andreas Seidl says that Daniel Ricciardo will carry out runs in McLaren’s simulator before the Azerbaijan Grand Prix to help understand where he is losing time compared to Lando Norris.

Ricciardo finished out of the points in both the Spanish and Monaco Grands Prix, while team mate Lando Norris scored a combined 13 points despite battling the effects of tonsillitis. Seidl says Ricciardo will carry out work in the team’s simulator ahead of the next race in Baku as part of a standard process of helping him to understand why he appeared to lack the pace of his team mate.

“As always, after a race weekend – and it doesn’t matter what the result is or how the race went – the thing I do is thank my drivers for trying hard all weekend and doing the job they did on track,” said Seidl. “It’s simply important as always to stay calm and focussed and committed on both sides, which Daniel is, which we are.”

The team’s post-race analysis will help Ricciardo address his “difficulties in order to extract the maximum from the car compared to Lando,” said Seidl. “We will do some simulator work as well before we head to Baku and then hopefully we can make another small step these next races in order to get Daniel to be one hundred percent feeling comfortable with the car – especially when it comes to qualifying, when you have to push it to the absolute limit.”

The race was brought under a yellow flag on lap 194 of 200 following a single-car crash for Jimmie Johnson. IndyCar race control opted to red flag the race to guarantee a racing finish, which saw Marcus Ericsson hold off the pair to win his first Indy 500.

“I believe we’re here for the fans,” said Kanaan. “We hear the fans. A lot of people are going to have different opinions about it, as you well know.

“They came here to see a race, green-flag and chequered-flag race. That was the right call. If I was Marcus, did I like that? No. If it had not gone red, if they had gone red flag in my year, would I have won that race? I don’t know. That’s all the things that we’ve learned trying to put a good show for the fans.

“I’m in fully support. It’s not because I was third or anything. If I was in the stands, I want to see a race finish under the green.”

The race was not red-flagged under similar circumstances two years earlier, to the surprise of Scott Dixon, who finished second in that race to Takuma Sato.

The first dedicated BTCC game for more than two decades was originally planned for release this year, but the developers have now confirmed fans will have to wait two years more.

“We are expanding our development efforts on the BTCC release to create the best experience possible for all players, with the full support from our partners at the BTCC,” said Motorsport Games’ George Holmquist.

“Both Motorsport Games and the BTCC are committed to bringing this famous and popular motorsport series to life within the virtual world. We remain excited by this project and look forward to the many activations and content releases we have planned for the BTCC game.”

Motorsport Games hold licenses for IndyCar, the Le Mans 24 Hours, NASCAR and the BTCC. NASCAR ’21 Ignition was released in October 2021 and currently holds a ‘mostly negative’ review rating on Steam.

Deeply saddened to learn that José Abed, @FIA Vice President of Honour & @OMDAIMX President, has passed away. FIA major figure & gentleman, José dedicated his life to motorsport in Mexico & Latin America.The FIA family pays tribute to him and our thoughts are with his loved ones. pic.twitter.com/Y9JhTVMxA3

Hey @Formula2, do you have any F2 onboards from Baku?

Excited for the future. 🙏 https://t.co/l9VKQw0MjI

When I asked Zak Brown this week about the third seat he told me, “I’m only 95% sure what I’m doing with that car.”

So as of that conversation, he’d signed no one for the 3rd car … yet.

"I think the big surprise is, everybody globally, in Formula 1 context, thinks that Lewis Hamilton is top dog. But he’s no longer top dog, not even in that team because Russell has taken his perch away."

Bruce McLaren and the cars that made him (McLaren)

"Throughout his short 32-year life, Bruce drove plenty and worked on just as many. Since his passing in 1970, we've produced, driven and raced even more – the most successful of which can be seen as you walk the floor of the MTC Boulevard. But what were the key cars of our founder's lifetime?"

The Mercedes-AMG One is a $2.7 million F1 car for the road that's banned in the USA (Yahoo)

"It won't be getting an EPA rating, because it's not street legal in the US Mercedes-Benz said that "in order to preserve the unique character of its Formula 1 powertrain, we have concluded that meeting US road standards would significantly compromise its performance and its overall driving character.""

"The Canadian driver followed his late father, Gilles, into F1 and immediately made an impact."

Comparing the team radio transcripts of Red Bull and Ferrari through the Monaco Grand Prix, @dmw notices a pattern with the car that eventually won the race…

The amount and depth of communication between Perez and Bird is much more than the others. I don’t think it was the key to victory per se, in terms of what they actually discussed, but the constant connection I feel made understanding opportunities and seizing them more likely.

Rewd Bull was lucky in a couple key points (Ferrari pit stacking issues, Williams blocking Ferrari) but you make your own luck sometimes as they say by being prepared.
DaveW