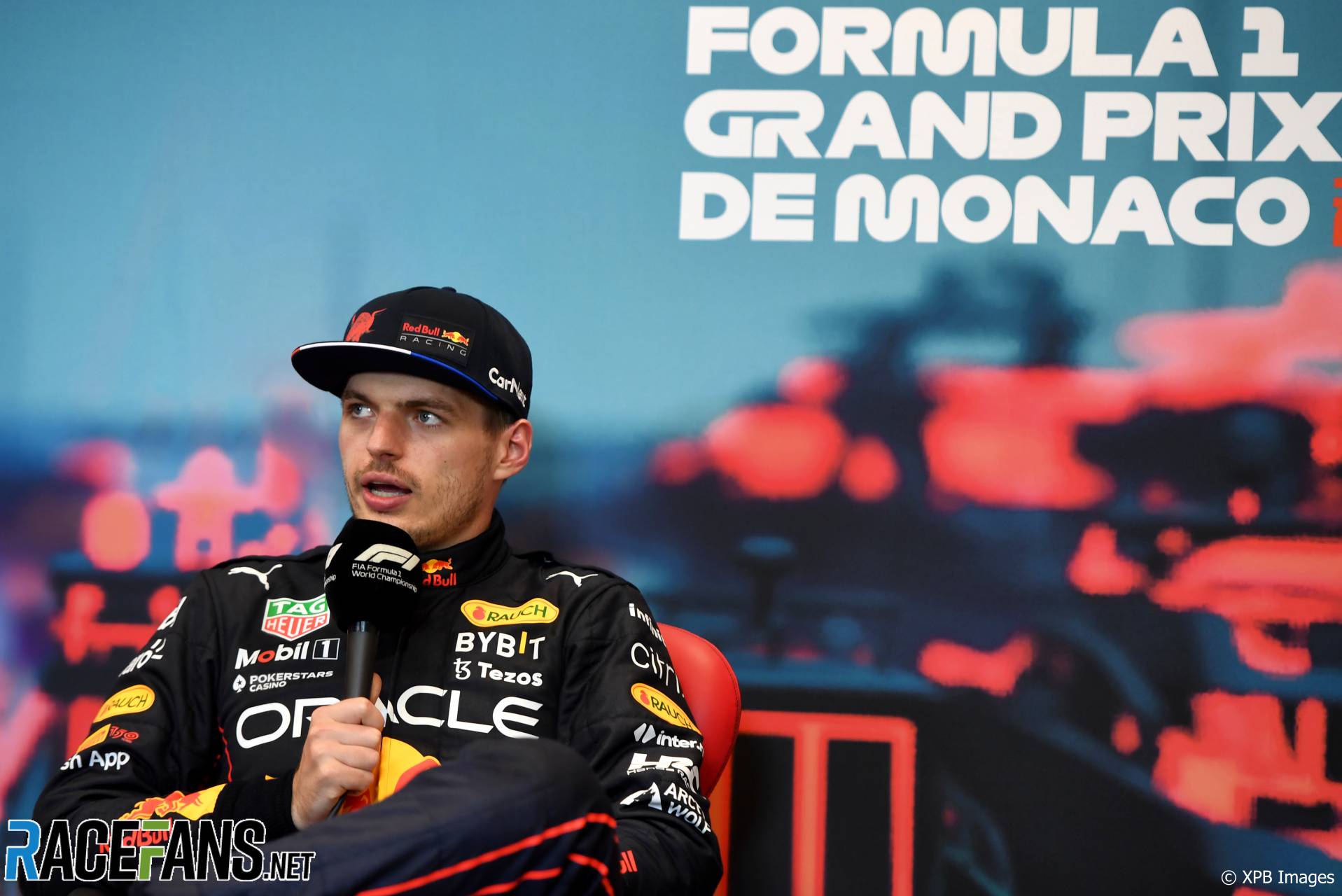 In the round-up: Max Verstappen says he has no interest in seeking the ‘triple crown’ of by adding victories in both the Indianapolis 500 and Le Mans 24 Hours to his 2021 Monaco Grand Prix triumph.

The reigning Formula 1 world champion says he has “no desire to chase the triple crown, at least, not IndyCar.”

“I appreciate what they do,” said Verstappen. “It’s insane. These drivers, I have a lot of respect for what they achieve there.

“But for me, especially not [having] been in F1 for such a long time already, I don’t need to risk my life there and potentially injure myself, your legs, whatever or… it’s just not worth it any more, let’s say like that.”

Despite not seeking an Indy 500 win, however, Verstappen said he would consider another part of the crown. “Maybe Le Mans. I do like endurance races, so I will probably do some, hopefully soon, but for me, it doesn’t really matter.

Marcus Ericsson’s Indy 500 victory earned him a $3.1 million (£2.46 million) pay-out, from the largest ever prize pool at the event.

Pierre Gasly brought some much-needed overtaking to the Monaco Grand Prix, with early moves up the order even on wet tyres.

“I was so much faster than those guys I just needed to calm myself because I’ve caught them so quickly,” he explained after the grand prix. “Then after you are like, ‘okay, I want to pass’ but if the guy is defending well, suddenly you’ve got no space on the right, no space on the left.

“But then I had to be creative today. That’s what I tried to do. And at the end of the day, F1 drivers are kind of artists, we need to go find always new ideas and I try to come up with unusual places to overtake and that worked out.”

Driver stopped on the M25 near Staines after being seen sending a Snapchat message on his phone.

The vehicle was displaying no front plate, an illegal rear plate.

Happy birthday to my father, the man who made it all happen. He taught me determination. How to win and how to lose. To never to give up and always stand for what I believe in. I am forever grateful to this man and for the friend I have in him. Love you dad, have an amazing day. pic.twitter.com/juHTWATelG

Brundle on the good and the bad from Monaco GP: Perez's win, Leclerc woe and the FIA (Sky)

"A couple of reliable sources tell me that there were heated arguments in race control during the impasse as we all looked on unsure of what was happening. This presumably explains the periods of inaction and lack of information, and the reason why the safety car was not out exploring track conditions as usual."

'Give me one T-shirt': Marcus Ericsson answers a decade of doubts with Indy 500 win (Indy Star)

'He didn’t find a single T-shirt, cap, anything,' Ericsson told reporters Monday, followed swiftly by an exasperated sigh accompanied by a wry smile. 'Pretty much every other driver in the field, but not a single Ericsson thing, and he was a bit shocked. ‘You’re starting fifth in the race, you took sixth last year, and not a single thing?’'

How Bad Can Bad Get? (Project K)

Your failures are a great unknown to the vast majority of the people you will ever meet. Mastercard-Lola’s Formula One team in 1997, however, gives us a look into that rarefied air.

Bruno Michel's debrief: A breakaway fight for the title (Formula 2)

Looking at this year’s results, it’s worth noting that the pair have shared top honours in all five Feature Races up until this point – Drugovich earning three victories whilst Pourchaire has won two. It’s no wonder they are slowly breaking away from the rest of the pack at the top of the Standings…

Sergio Perez‘ contract extension should be a source of joy for the Monaco Grand Prix winner. But potentially despair in Red Bull’s junior ranks. Alan Dove points to some of the problem being that teams used to try out young drivers outside their own programs, even at Red Bull:

F1’s current structure is particularly problematic for young drivers. The trajectory of new drivers debuting each year has been on a downward trend since the sport’s inception. It’s is at a level now which is as low as it could possible be with the cycle of drivers coming to the end of their career.

As we have a franchised model in F1 we pretty much will no longer ever see small teams enter F1. Obviously the trends of new teams entering F1 has followed the trend of drivers… but now it’s hit zero.

But these small teams which used to come in, by their very nature, had a high turn over of drivers coming and going. While they often did become pay-driver affairs, they still gave drivers like who are considered as ‘real talents’ (though we need to recognise the blurring of real talent / pay drivers. it’s not black and white) Ricciardo, Bianchi (just a couple that spring to mind) etc.. their debuts in the sport. They agve them a chance to build their brand and competence.

Another key here, is F1 teams are moving to a ‘profit’ model. Drivers are aware that their value will be beyond their sporting performance. There is a branding aspect here that will play a key role in the length of driver’s careers. I don’t think we’ll see teams wanting to experiment with new drivers particularly.

So the logjam will only get worse.
Alan Dove