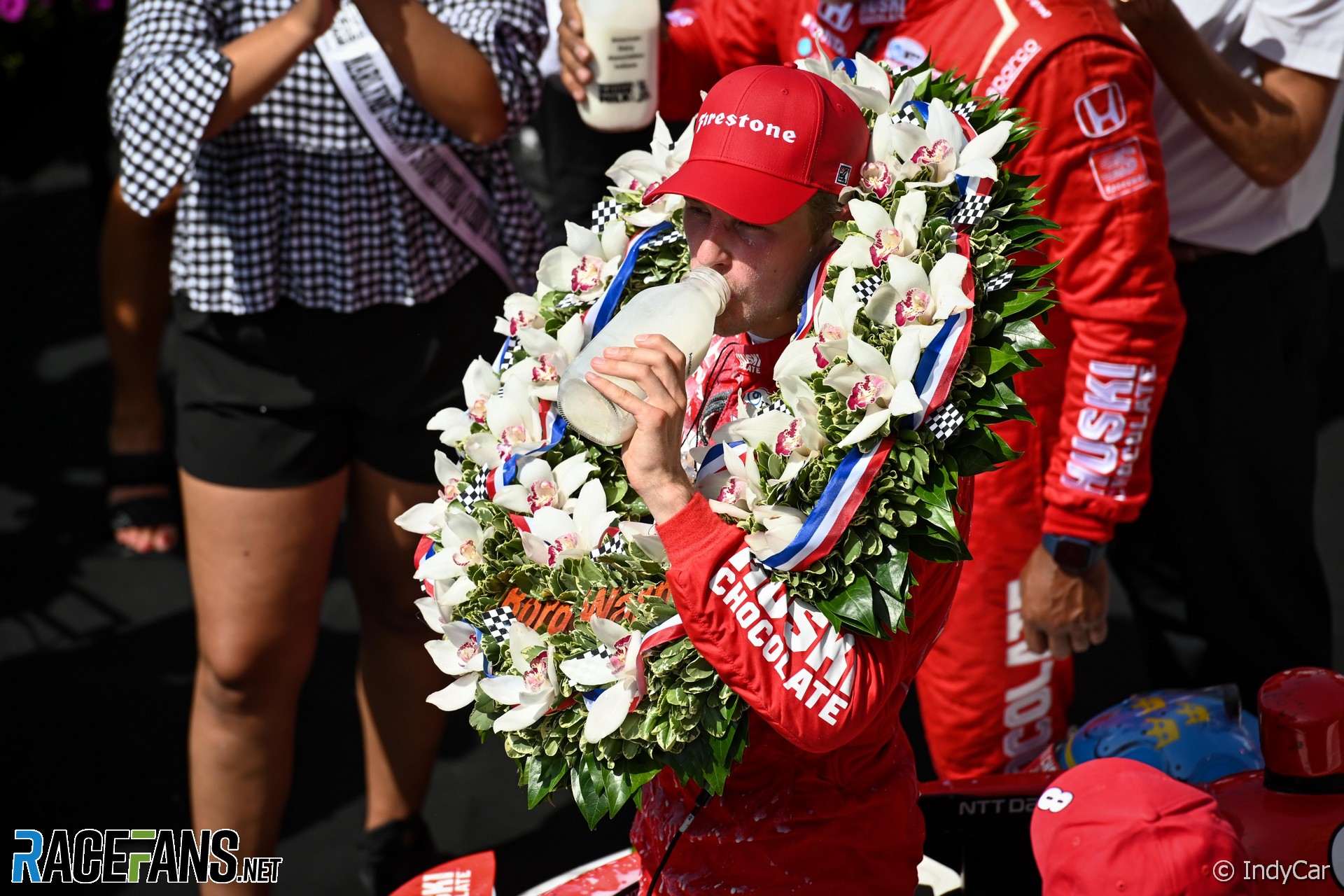 Two wins and a strong run in the 2021 IndyCar championship proved to avid race fans that Ganassi driver Marcus Ericsson was worth more than the results of his journeyman-like Formula One career.

But winning the 106th running of the Indianapolis 500 has forever redefined his racing legacy. It’s the culmination of what Ericsson described as a difficult process of reinventing himself after transitioning out of F1.

“It’s been tough,” said Ericsson. “I did five years in Formula 1, almost a hundred grands prix, running for small teams, towards the back most of it. You don’t get a lot of credit running in the back in Formula 1. People think you are not very good.”

“I came over here (in 2019), and people probably didn’t think much of that.” Ericsson arrived in IndyCar with the former Schmidt Peterson Motorsports team (now McLaren SP), before transferring to Ganassi the following year.

“I had to work my way here as well, learning American racing. I moved here, put my whole life into trying to become an IndyCar and Indianapolis 500 champion.”

“It’s not been easy. But I’ve been working extremely hard. It feels good to show that hard work pays off.”

Big-time sponsors and financial backers from Sweden helped get him to F1 in 2014 and secure his place in the sport for five years, despite meagre results initially at Caterham and later Sauber. Another prominent Swedish sponsor arrived when he joined Ganassi, which did nothing to dissuade his critics who had long ago labelled him a ‘pay driver’.

But his third and by far his biggest IndyCar win of his career rewrites that narrative. “Winning the Indy 500, it’s not bad for a pay driver!” he quipped.

“It’s going to take a while to take that in,” said Ericsson in victory lane. It’s just incredible. I worked so hard for a moment like this, and to win ‘The Greatest Spectacle in Racing,’ the biggest race in the world, with all of my family here, my girlfriend, my backers… it couldn’t be better!”

“We had a really good race car, and we had some bad luck in the middle of the race with our pit stop,” Ericsson said, recalling the round of yellow flag pit stops after his fellow ex-F1 racer Romain Grosjean crashed out of the race.

“I was just trying to be running up front, and wait ’til the end, because I knew we had a car to win. But then we dropped back to eighth with that mishap in the pits.

“I still knew we had a chance, and was sort of working my way there. The strategy guys and girls did a great job around that last pit stop, and I pushed like crazy around there to make sure we could get a good sequence.”

Ericsson’s earlier pit lane misfortunes reversed after his final stop on lap 177 when team mate Scott Dixon was caught going too fast in the pit lane, and had to serve a drive-through penalty. Ericsson, as Ganassi’s last remaining front-runner at the time, didn’t waste his opportunity.

“I managed to overtake both of the McLarens, and then the Honda power was just blowing me away!” Ericsson said of his drive to the lead.

“I thought I had it, but obviously, this place never lets you get it easy,” he said. Team mate Jimmie Johnson’s crash in the dying laps led to a red flag which erased a three-second advantage to Pato O’Ward and set up a nail-biting, two-lap sprint to the finish.

“I was just praying for that yellow not to come, because I knew it was a big risk in the end. I couldn’t believe it when the yellow came because I had to do it all over again.”

Ericsson weaved from side to side, doing all that he could within the bounds of sporting decency to keep O’Ward at bay. The McLaren SP driver attempted a pass on the outside as the final lap began, but Ericsson held his nerve to seal the biggest win of his life.

“That’s why we do it,” Ericsson reflected. “It’s not supposed to be easy. We made it.”

During his post-race press conference, Ericsson was given a fine surprise when he was joined by the only other Swedish racing driver to win the Indianapolis 500: 1999 victor Kenny Bräck, who helped Ericsson during the early stages of his junior formula career in the UK and Japan.

“Marcus has done a great job. I helped him in the beginning. I think I did a little bit to help him along the way with tips and driving and so forth,” said Bräck via a video call.

Addressing Ericsson directly, Bräck added: “You’ve obviously honed your skills in a big way since then, so it’s good to see that it pays off – all the hard work you must have done. It’s great to see. So a big congratulations.”

“I don’t think you realise yet what this means for your career, but you will find out in time.”