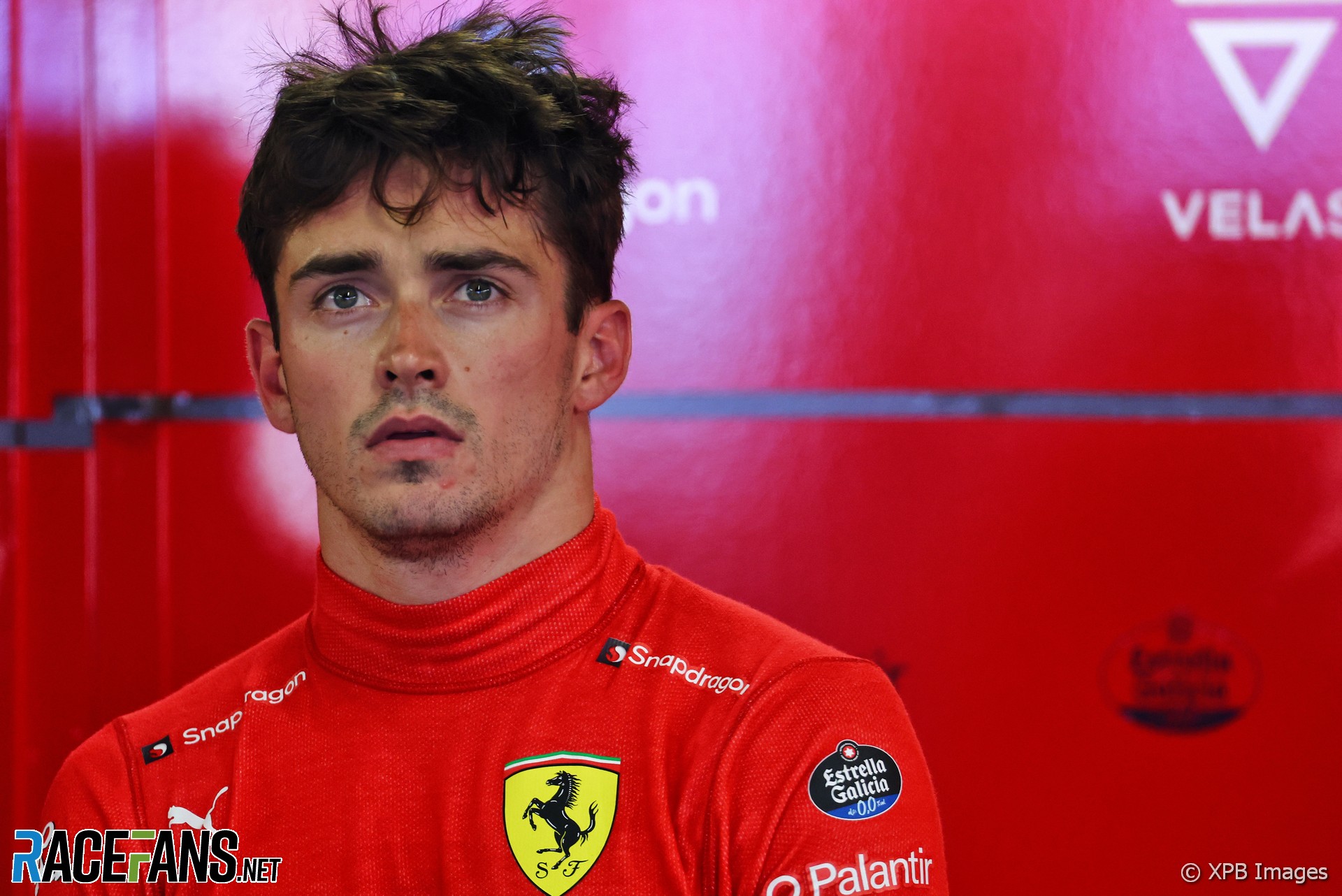 Charles Leclerc is not a superstitious man, but it would be easy to forgive the Ferrari driver for questioning whether he is truly cursed with bad luck given his awful racing record around his Monaco home.

He has never finished a race around Monte Carlo in his single-seater career. He even failed to start the Monaco Grand Prix from pole position last season. Monaco’s most successful homegrown F1 talent aims to break that run of misfortune in the best possible manner by becoming the first Monegasque driver to win his home grand prix on Sunday.

He has given himself the best possible start by securing the most important pole position of the season after looking the most comfortable driver of the top two teams through the first two days of the weekend. But after years of disappointment, does he not expect that he will inevitably be struck by bad luck once again?

“No, no… I’m not superstitious at all,” Leclerc said. “We’ve had a smooth weekend until now and we’re starting in the best place possible for tomorrow’s race. So hopefully, we have a clean race tomorrow and we finally have a good result at home.”

“I don’t think about the past, I just focus my own job for tomorrow.”

The story of the 2022 season so far has been the battle between Ferrari and Red Bull on Sundays. But as in Miami Leclerc will be joined by his team mate Carlos Sainz Jnr on the front row tomorrow after Sergio Perez crashed on his final Q3 effort, ruining the final attempts of all four drivers in the process.

“Naturally Checo is frustrated as he has been on it all weekend and was hoping for more today, and it was also frustrating for Max as that’s the second consecutive year he’s missed out on a final flying lap,” said Horner.

“It will be all about positioning in the first corner and I am sure Ferrari will be synchronised, so let’s see what happens tomorrow.”

Races at Monaco are notoriously formulaic: At the start, the two front row starters race to Sainte Devote to determine who leads, then whoever does controls the pace through their one stop strategy until they eventually complete the 78 laps, with maybe a Safety Car or two just to help break up the monotony. It’s been five years since the last Monaco Grand Prix which wasn’t led by the same driver throughout.

This year, the dropping of the rule requiring the top 10 to start on their fastest Q2 tyres may lead to some variety with strategies, as the top teams will not be locked into starting the race on the soft tyres as they so often have been. Pirelli expect that the medium and hard tyres will be favoured over the soft during the race.

“Whatever happens, a variety of strategies is possible, with all three of the compounds having already showed that they have an important role to play,” Pirelli’s Mario Isola said. “The soft was an essential ingredient to qualifying, but with the wear that’s been noted, the medium and hard tyres are likely to be the focus of the race tomorrow.”

Based on Pirelli’s data, drivers starting on the mediums before switching onto the hard tyres seems the most obvious approach to take. The extra durability of the mediums over the softs allows teams to extend the opening stint if necessary to allow them to react quickly to any Safety Car interventions or to find the best possible track position window in which to bring their cars back into clear air.

But that is only if Sunday’s race is a dry one. Despite the early weather forecasts for the weekend predicting only a 30% risk of rain over Monaco on race day, the paddock has grown more convinced as the weekend has progressed that rain will indeed come before the lights go out at 3pm.

For Verstappen, starting from his lowest grid position since the Saudi Arabian Grand Prix and knowing how strong his team mate has appeared to be so far this weekend, a little drop of water would be more than welcome to help open up opportunities that are so hard to come by around Monaco.

“I think I need to do a little rain dance tonight, shake it up a bit for the race tomorrow because in the dry you cannot pass around here,” he said. “A little bit of chaos would be nice. But if it’s not, you just try to score the most possible points in the position I will be in.

Another driver who will be happy to join Verstappen in a pre-race rain ritual is sixth-placed George Russell in the Mercedes. Having secured a top-six starting position despite battling from an uncomfortable level of bouncing throughout the weekend, Russell says he would be more than happy to see rain over the city on Sunday.

“I think the only two people who wouldn’t want rain are the ones in the front row,” he said.

“The fact is, nobody really knows as much about these intermediate tyres – or the wet tyres. We don’t do many laps on them. The tyres might last the whole race, they might only last 15-20 laps and that offers opportunity for us. Even when P6 is not the best place to be, on a day like that, you may not be in a bad window.”

While rain may seem like the greatest threat to pole-winner Leclerc’s victory hopes, he is more than confident that he and his Ferrari team will manage just fine – even with his lack of experience in such conditions at home.

“I don’t think I’ve ever driven in the wet here,” Leclerc said. “Not that I remember. So it’s going to be tricky.

“Monaco is probably one of the most challenging tracks of the season and in the wet I’m sure that it’s even tougher. But yeah, we are ready for it.

“I think again, the last two years have been difficult for us in the wet but this year we seem to have finally a bit more than the right window to make it work in the wet. So we’ll see, but we’ll be fine.”

Will Charles Leclerc finally break his home race curse in the best possible way? Or will a race often derided for being processional serve up one of its occasional shocks?

Share your views on the Monaco Grand Prix in the comments.

12 comments on “Is rain the biggest threat to Leclerc’s hope of breaking his home race curse?”