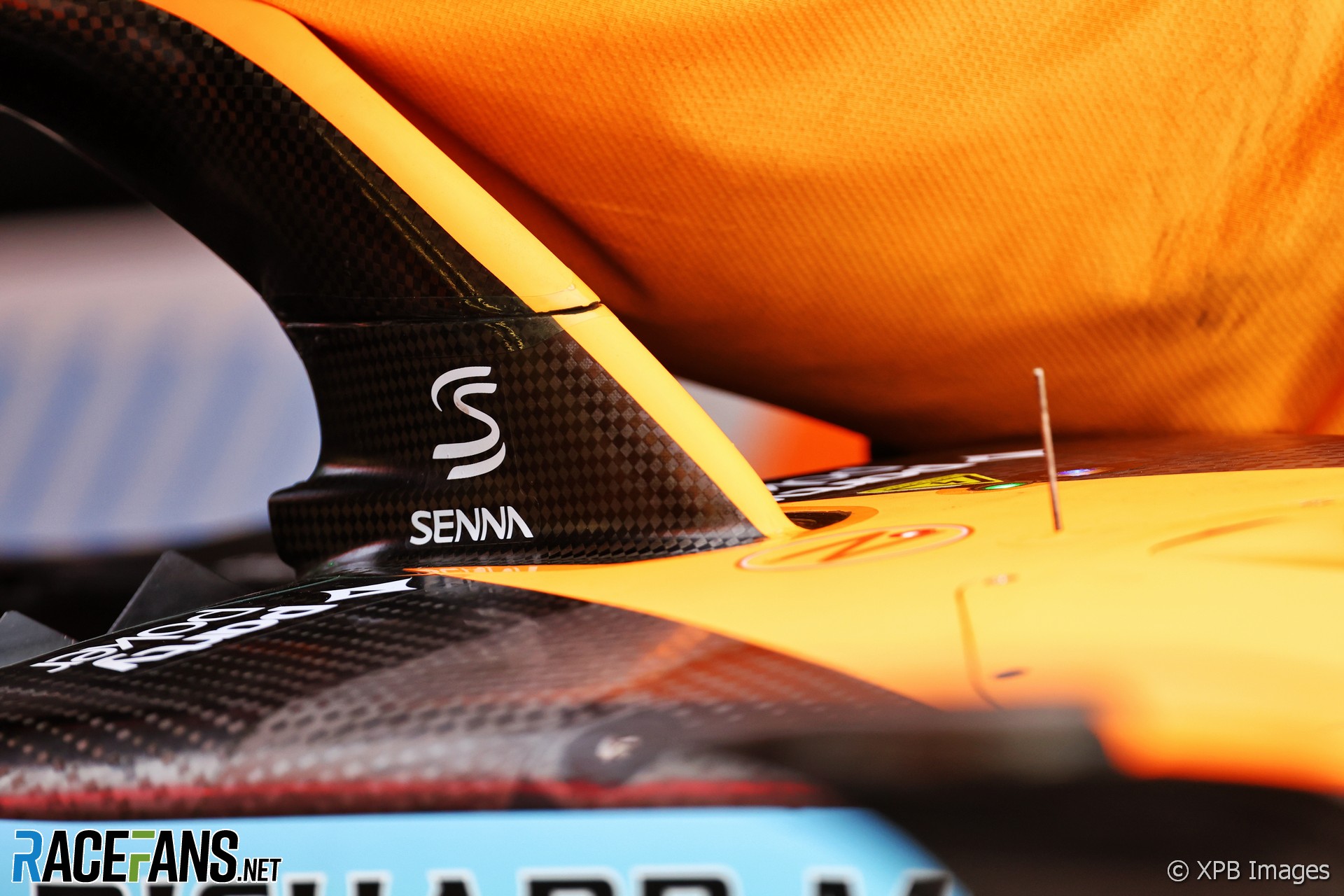 McLaren have added the logo of their late former driver Ayrton Setnna to their car ahead of this weekend’s Monaco Grand Prix.

Senna achieved most of his success in Formula 1 with McLaren including all three of his world championships and 35 of his 41 race wins. He drove for the team between 1988 and 1993.

McLaren has announced they will carry his logo from this weekend’s Monaco Grand Prix. Senna won the race a record six times, all bar one of which was with McLaren.

“Ayrton Senna is, and always will be, a McLaren legend,” said McLaren Racing CEO Zak Brown. His performances with McLaren, which earned him three drivers’ world championships, cemented his place as one of the greatest Formula 1 drivers.”

Senna died during the 1994 San Marino Grand Prix, his third race after leaving McLaren for Williams.

“When he tragically passed in 1994, the entire motorsport world felt a sense of irreplaceable loss, but his memory lives on in the hearts and minds of Formula 1 fans across the world,” said Brown. “We feel it’s right that we, as McLaren, should recognise his contribution to our sport by carrying his name with us wherever we go racing.”

Following Senna’s death, Williams added his logo to the nose of their cars in 1995. They continued the practice until the end of last season, saying they wanted to “look now to the future and not showing the drivers the ‘S’ every time they get in the car and being reminded of what happened.”

Brown said the Senna logo will be a permanent addition to the team’s cars.

“Starting from the 2022 Monaco Grand Prix, the McLaren MCL36 will carry the Senna logo, marking our commitment to celebrate his legacy. I can’t think of a better race than the Monaco Grand Prix to commence this recognition of Ayrton’s life.

“Having won the Grand Prix six times, more than any other driver, Ayrton proved that his skill and ability behind the wheel of an F1 car could rarely be matched. This addition to our F1 race cars will be permanent, and has been added with the support of the Senna family. It will serve as a constant reminder of Ayrton Senna’s sensational talent for us as a team, and for all our fans around the world.”

6 comments on “After disappearing from Williams’ car, Senna’s logo is now on the McLaren”