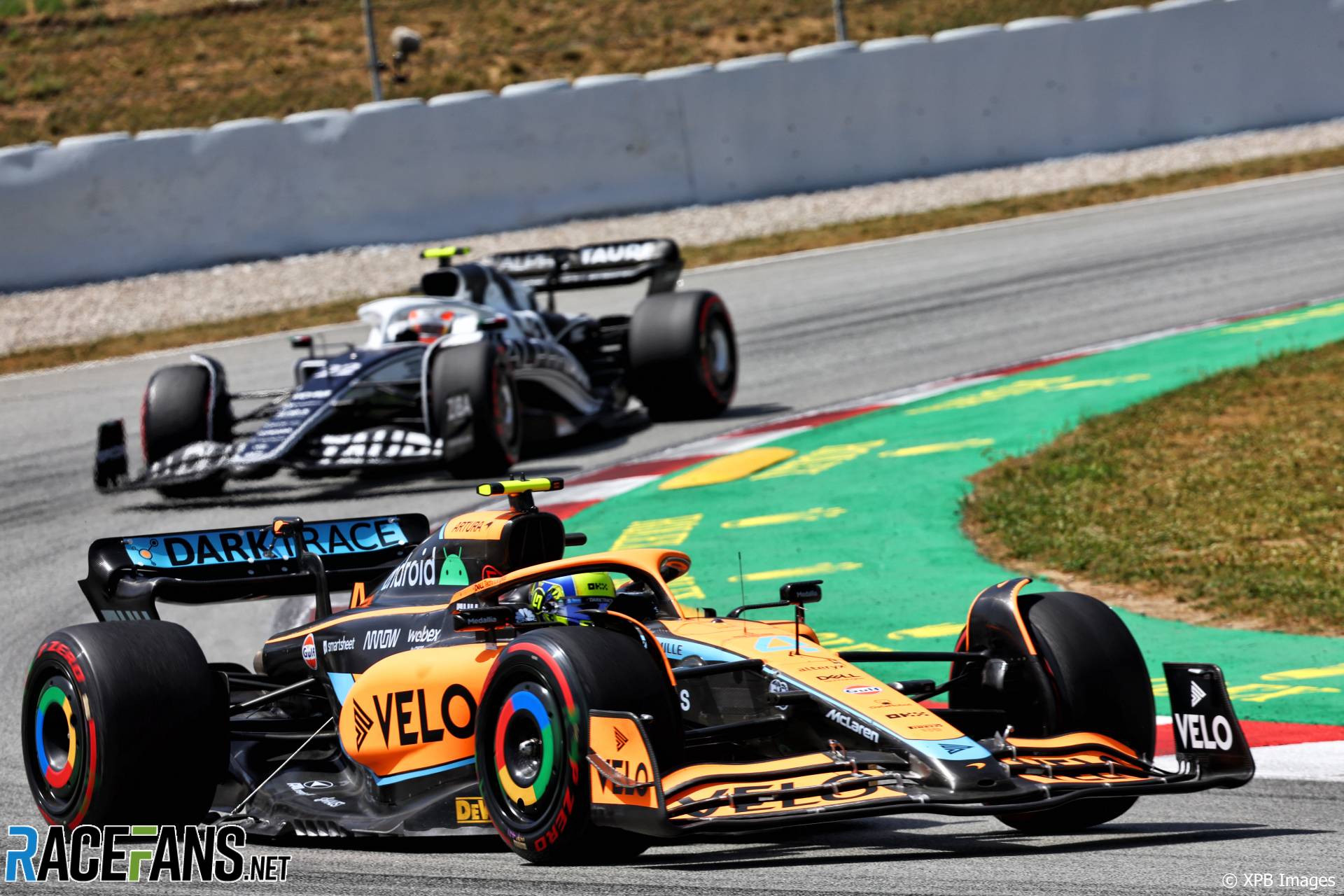 Norris had been dealing with the physical effects of the illness all weekend, Seidl revealed after the race. The McLaren driver felt so ill prior to the start of the race he missed the national anthem ceremony while being attended to.

Despite feeling so unwell, Norris drove a strong race to finish eighth and claim four points at the chequered flag. Seidl praised his driver’s efforts to claim a points finish despite his illness and the intense heat.

“Obviously as a team and from my side, we can’t thank him enough for battling through,” Seidl said. “He showed a great fighting spirit. In the end he enabled us to score these four points today. It was great to see the commitment from his side.”

Seidl confirmed that the decision made for Norris to race had been taken under professional medical advice and that it had been the driver’s own decision to compete despite his condition.

“We obviously have a doctor involved in decisions like that and we wouldn’t ever risk the health of Lando,” Seidl explained. “After the doctor gave the green light today and after Lando was clear from his side that he would give it a go, we went for it.

“Obviously he was not feeling well all weekend. When your energy levels are low with tonsillitis – which he was suffering from – it was a very challenging race and afternoon. Especially in these hot temperatures as well.

“So he was pretty flat towards the end of the race and after the race, but thanks to the great medical support here and also within the team that he has around him. The objective is clear now for the next phase. We need to make sure he gets some good rest now in the next four days before we then go again in Monaco.”

McLaren have a pool of reserve drivers they can draw from to replace Norris in case of an emergency, but Seidl expects Norris to be fit enough to race in Monaco next weekend.