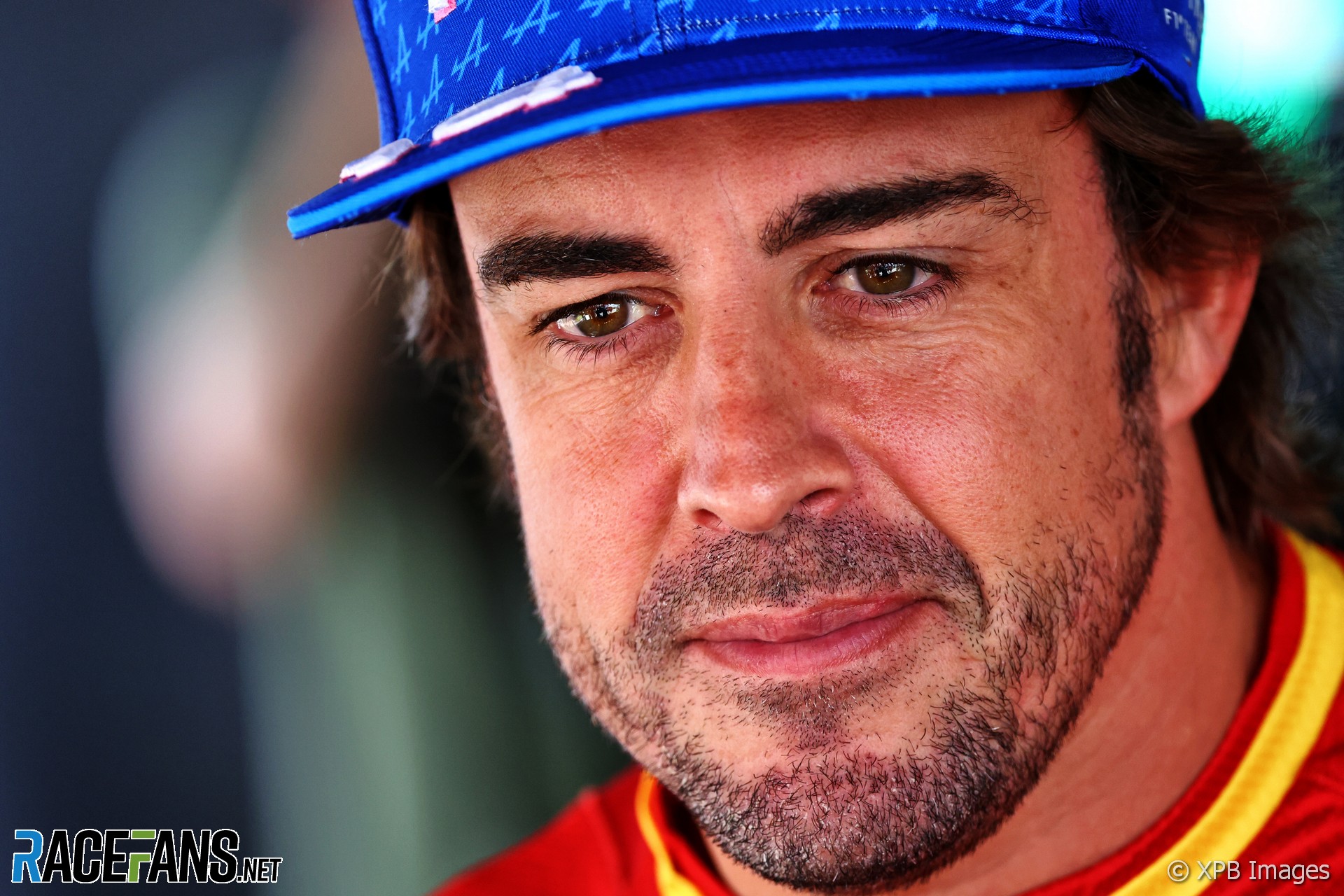 The Alpine driver was penalised after the Miami Grand Prix after cutting a chicane and failing to surrender the advantage he had gained. Ahead of the Spanish Grand Prix, he described the panel of stewards who had handed him the penalty as “not very professional.”

“We believe that it was very unfair and it was just incompetence from the stewards,” Alonso said.

Alonso’s comments caught the attention of FIA president Mohammed Ben Sulayem and the two were seen conversing in the Barcelona paddock on Friday. Speaking after the Spanish Grand Prix, Alonso said that he had gained a more sympathetic view of the stewards after discussing his concerns with Ben Sulayem.

“We talked during the week as well,” Alonso explained. “I’m a very good friend of Mohammed and I have a lot of trust, especially Mohammed, in how he’s handled the FIA and all the changes that he’s making and all the things that he wants to improve. I fully support what he’s doing and his ideas.

“Reflecting from Miami and from Thursday here, maybe I see it in a different way now. They did their job in Miami and, yeah, we see things differently maybe from the car and from the heat of the moment.

“So I think we all work together, to improve the show. And today, for example, the fans saw a super race and we are all here to help the show.”

Asked if he had apologised to Ben Sulayem for his comments, Alonso replied “yeah, for sure. To Mohammed especially.”

In the Spanish Grand Prix, Alonso drove through the field from the very back of the grid following an engine penalty to claim ninth place at the chequered flag – his first points since the season-opening Bahrain Grand Prix.

“I’m very happy,” said Alonso of his drive. “Obviously, finishing in the points is always a target every weekend.

“For us, after the bad qualifying yesterday, the decision to change the engine overnight was like sacrificing this weekend. Knowing that, it was very difficult to get points.

“So now that we got this P9, it feels like a victory nearly and it feels good. Hopefully we can start from here maybe five, eight, 10 consecutive races in the points, which is what we need.”