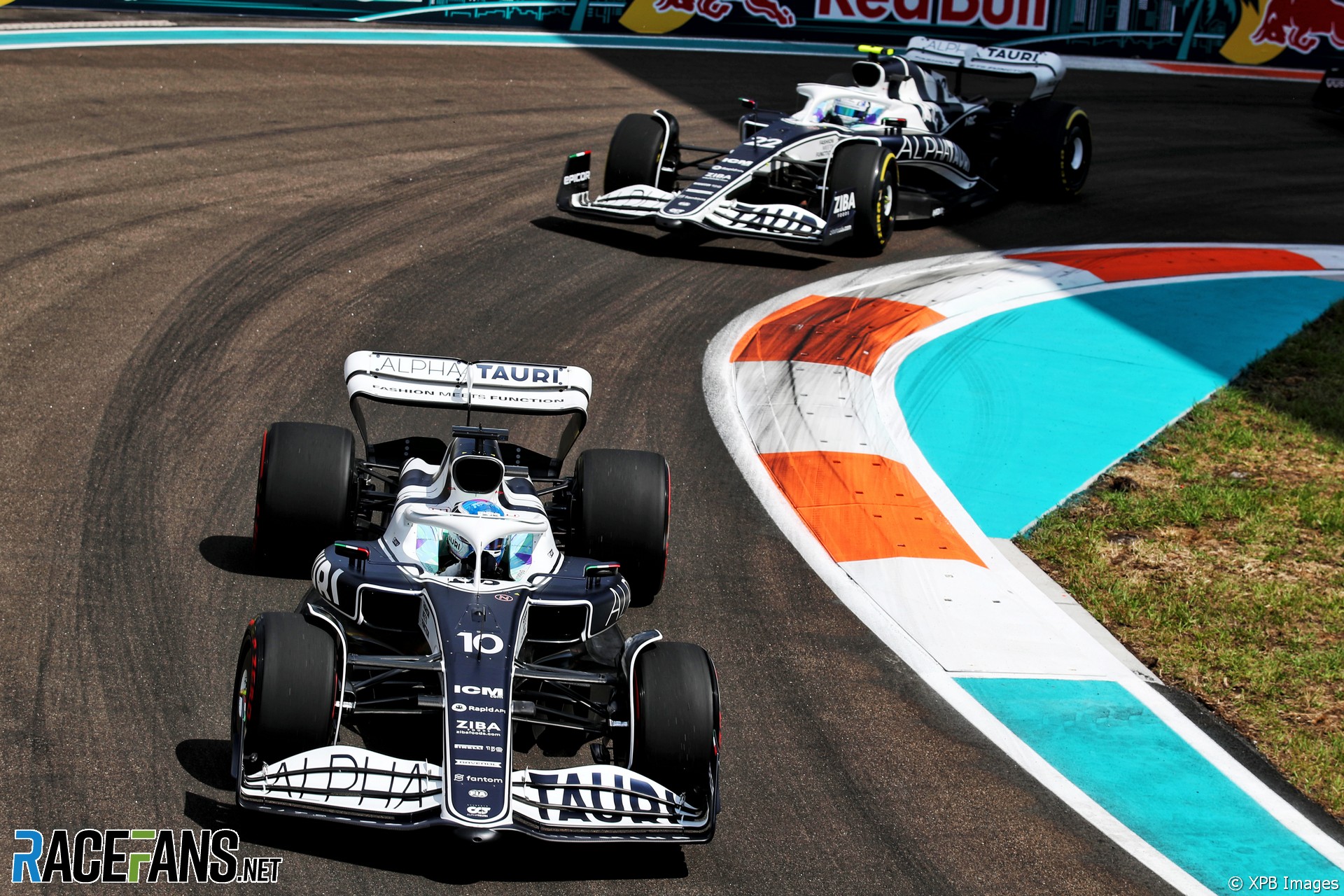 AlphaTauri’s biggest weakness compared to their rivals is their lack of aerodynamic efficiency, Pierre Gasly says.

Gasly currently sits 13th in the drivers’ championship after five rounds on six points – ten fewer than he had scored after the first five races of 2021. The team’s best result of the season came from the Emilia-Romagna Grand Prix, where Gasly’s team mate Yuki Tsunoda finished in seventh place.

Asked by RaceFans what area of the team’s AT03 is in greatest need of improvement, Gasly pointed to the car’s aerodynamic efficiency. However he stressed a solution would not be coming in the short term as the team “don’t really have any anything in particular for this weekend” in terms of upgrades.

“It’s mainly trying to find more load from the floor, trying to be more efficient, less drag and more load on the car. It’s wind tunnel, CFD [computational fluid dynamics] – we’ve got upgrades coming, but just not planned for like the short-term.”

Gasly believes the AT03 is a “quite good” car, but says that he will likely continue to struggle from a lack of grip in lower speed corners until the team find a way to generate more downforce.

“The front at the moment is not as strong as I like,” he explained. “Especially medium and low-speed corners – I’m struggling to get the rotation.

“Then after it’s just pure sliding. In high-speed we’re just four-wheel sliding and can’t carry as much speed as what others do. So I don’t think there is any secrets. We know that’s one area we’ve got to improve. I think, mechanically, the car seems to be quite good. You can always find better solutions, but at the moment we know we just need more load on that car.”

Tsunoda expects a challenging weekend for AlphaTauri in Barcelona as several of their rivals are expected to bring significant upgrades to their cars.

“I expect it’s going to be difficult,” Tsunoda said. “Definitely it will be tight fight.

“We are not leading those fights, kind of we’re slightly back compared to last year, especially. Like Pierre says, we’re not planning any updates in these races, so we definitely have to maximise performance every time especially to be in Q3 and also fight for the points.

“I heard, for example, Alpine’s bringing new updates, Alfa Romeo, Haas, whatever. So it will be difficult.

“But at the same time we went [into] Q3 last time with both cars. We have a quite okay car so hopefully that performance will last quite long until the next new updates. Until then [we’ll] just try to have feedback as much as possible and work with the team to make a proper direction to have decent updates for next time.”

One comment on “No short-term fix for AlphaTauri’s aerodynamic deficit to rivals, says Gasly”