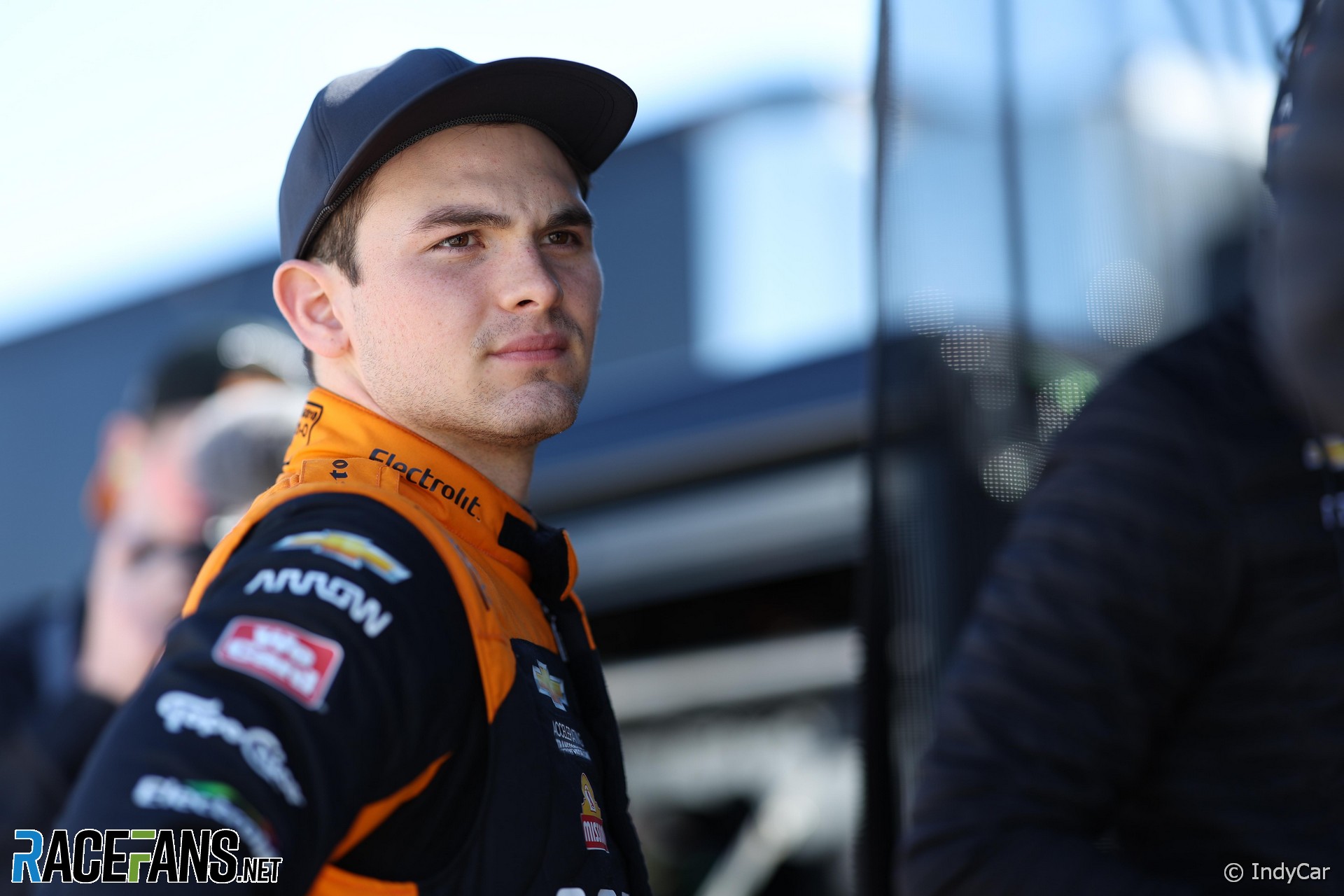 In the round-up: McLaren SP expect to extend IndyCar race-winner Pato O’Ward’s contract in the near future.

McLaren Racing CEO Zak Brown said an agreement for Pato O’Ward’s future with the team in IndyCar was “imminent” and that “we’re going to be together for many more years.”

O’Ward took his first win of the season for the team at the last round in Alabama. “He did an awesome job in Barber and he’s now a McLaren driver and it’s up to him and Andreas [Seidl] to decide on the Formula 1 side what the opportunities for testing may be.”

Having tested McLaren’s MCL35M in Abu Dhabi last year, O’Ward is one of several drivers under consideration to drive for the F1 team in the two obligatory free practice session outings for rookies later this year.

“There’s a note from F1 that said this year, they’re obliged by the regulations to test young drivers two times in free practice and that’s why we have kind of a selection process in place, whom we actually want to give the chance to be in the car for these two or three practice sessions,” said Seidl in response to a question from RaceFans.

“In order to make the selection we have now this year for the possibility to use the TPC [Testing of Previous Cars] car to give young guys a chance to show what they can do in a Formula 1 car and time in order to prepare them as good as possible for this testing. And then we will make up our mind who in the end gets the free practice sessions.”

McLaren’s Lando Norris believes the team to be fifth-fastest, behind Mercedes and Alfa Romeo as well as the two top teams of Ferrari and Red Bull.

Norris admitted that it was “tough to know exactly what we’re going to do from this weekend,” in terms of developing McLaren’s car before Barcelona. But that “We’re behind Mercedes, behind Alfa Romeo but we really could fight with Alpine and AlphaTauri. Haas are there or thereabouts with us, as well.

“It’s close, so I think that puts us around fifth fastest,” Norris continued. “I think we have a decent pace. We just need a little bit more to be able to take the fight to Mercedes and the guys ahead.”

Mercedes technical director Mike Elliott has explained why overheating was worse at the start of Lewis Hamilton’s hard tyre stint than it was at the end of the Miami Grand Prix.

“The majority of the heat that goes into the tyres comes from what is called hysteretic heating,” Elliott said in a video released by the team. “It comes from the fact that the rubber is constantly deflecting and bending and that sort of constant movement on the non-linear rubber means it adds heat and that hysteretic heat is being added all the time.

“So, what happened is that at the start of the stint the tyres were at their hottest and as the stint wears on and the tyres wear you get less and less heat input in the tyre and the tyre temperature comes down and becomes more manageable.”

.@Cognizant, the American digital services company that is the co-title sponsor of @AstonMartinF1, has struck so many lucrative B2B deals that it attributes to the sponsorship that it has already paid for itself essentially, including one worth $100 million, per CMO Gaurav Chand. pic.twitter.com/i4yupjXnSP

Sorry I thought @jake_struggles was your main

Join us and a studio audience from Hackney at 10.40pm on @BBCOne. #bbcqt pic.twitter.com/Y7kxlPmYOU

The 2022 Marrakesh E-Prix will again be held at the Circuit Automobile International Moulay El Hassan street circuit with the support of local authorities and restores the schedule of 16 races in season eight after the Vancouver E-Prix was postponed.

"The expenses far exceeded our expectations. But it was because we were trying to do everything we could to be first class, to be on brand for what Formula One is and the kind of event we wanted to deliver."

It was a lot of fun, but it’s always the worst feeling in the world for a driver, right, to go to a racetrack and not be able to drive. Obviously, with the ties to McLaren, I was able to see a lot more and I’d never been in that capacity where I was able to really see everything and look at all the data from the drivers, see the traces and how they do things.

After Alpine’s complaint that it did not get a chance to discuss Fernando Alonso‘s post-race time penalty with stewards, SjaakFoo points out that it is extremely unusual in sports for teams to expect to be able to affect the outcome of refereeing:

Only in F1 would a team say “I didn’t get to influence the umpire” and not bat an eye.

I’m glad the sport is righting that particular ship.
@sjaakfoo