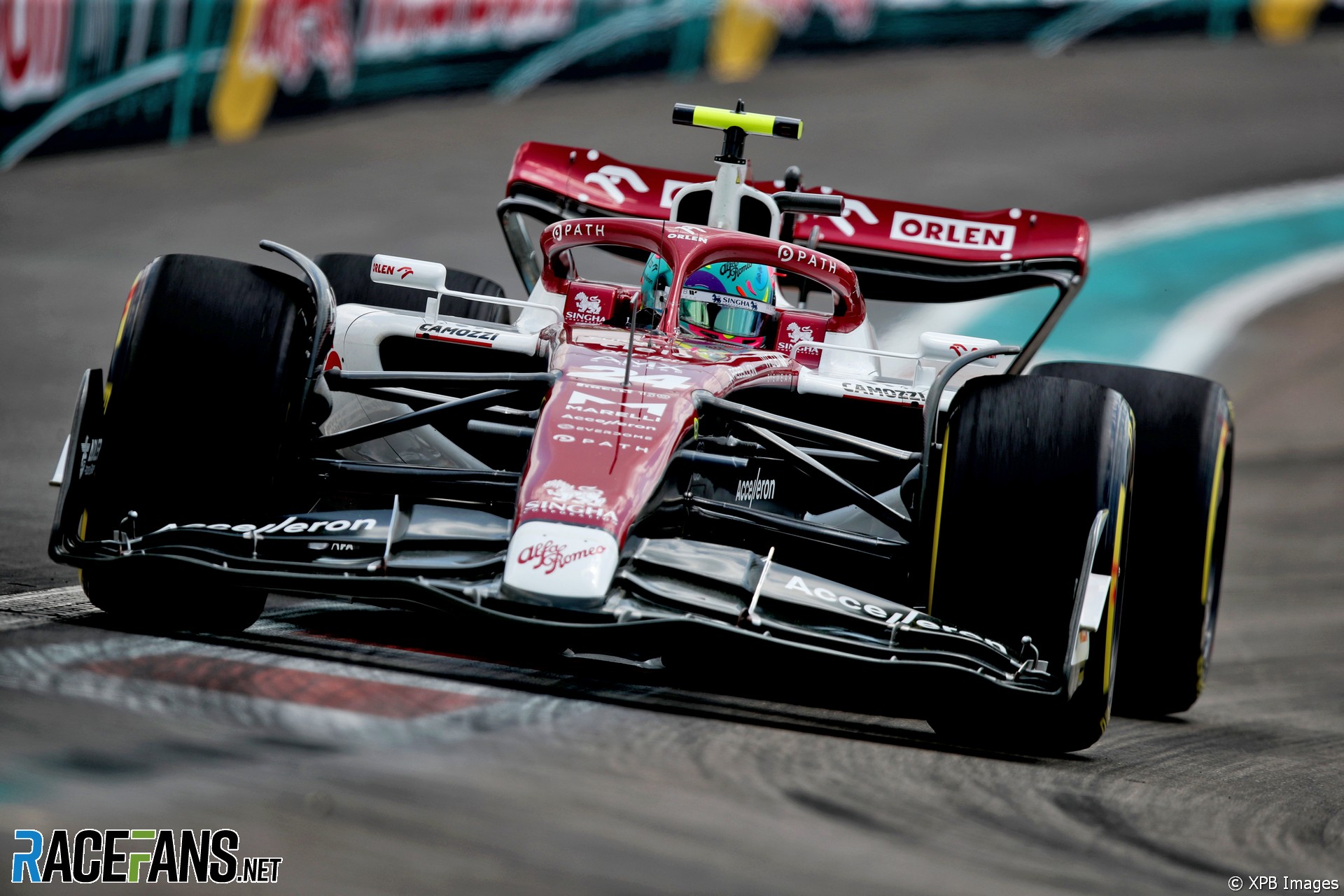 Zhou Guanyu was left hoping for a change in luck after posting his first retirement of the season in Miami.

The Alfa Romeo driver hasn’t finished in the top 10 since he began his Formula 1 career with a point in Bahrain. His team became aware of a problem with his car on the first lap of Sunday’s race, which forced him out within the first 10 minutes.

“We have to investigate because there is a very tight emergency issue we had due to some problem with the engine,” Zhou told RaceFans while the race was still going on. “We have to see what the technical issue is that causes that issue.”

Zhou said his retirement was “very frustrating because I feel like it was quite easy to achieve the points finish” in Miami. “We were very strong today in terms of pace at the beginning. It was better than all the guys around us.”

His team mate Valtteri Bottas finished the race in seventh place behind the two Mercedes drivers. Zhou, who started 17th, believes a similar result was possible.

“If there was not this issue it was quite easy for me to make up to, I think, just behind Lewis [Hamilton] because I was clearly quicker than the guys ahead of me and I felt like they were using more the tyres,” he said. “The Haas stopped quite early. Of course it’s no point to talk about now because we finished so it’s quite frustrating. But the pace was strong.”

He said he was reluctant to set his hopes too high for the next race in Spain given his recent misfortunes. “I’m not going to say anything now because last time I felt like I was unlucky then this week I was more so. So let’s keep it quiet for now.

“But I think it’s not too bad to have this bad luck at the beginning of the season. It’s just a matter of turning things around in the mid-season and end of the season when it matters the most.”

“We had a water leak in the early stages, after lap one we started to have a concern,” he said. “We tried a few things but there was no way to recover from that and we had to retire the car because otherwise we would damage to the engine.”