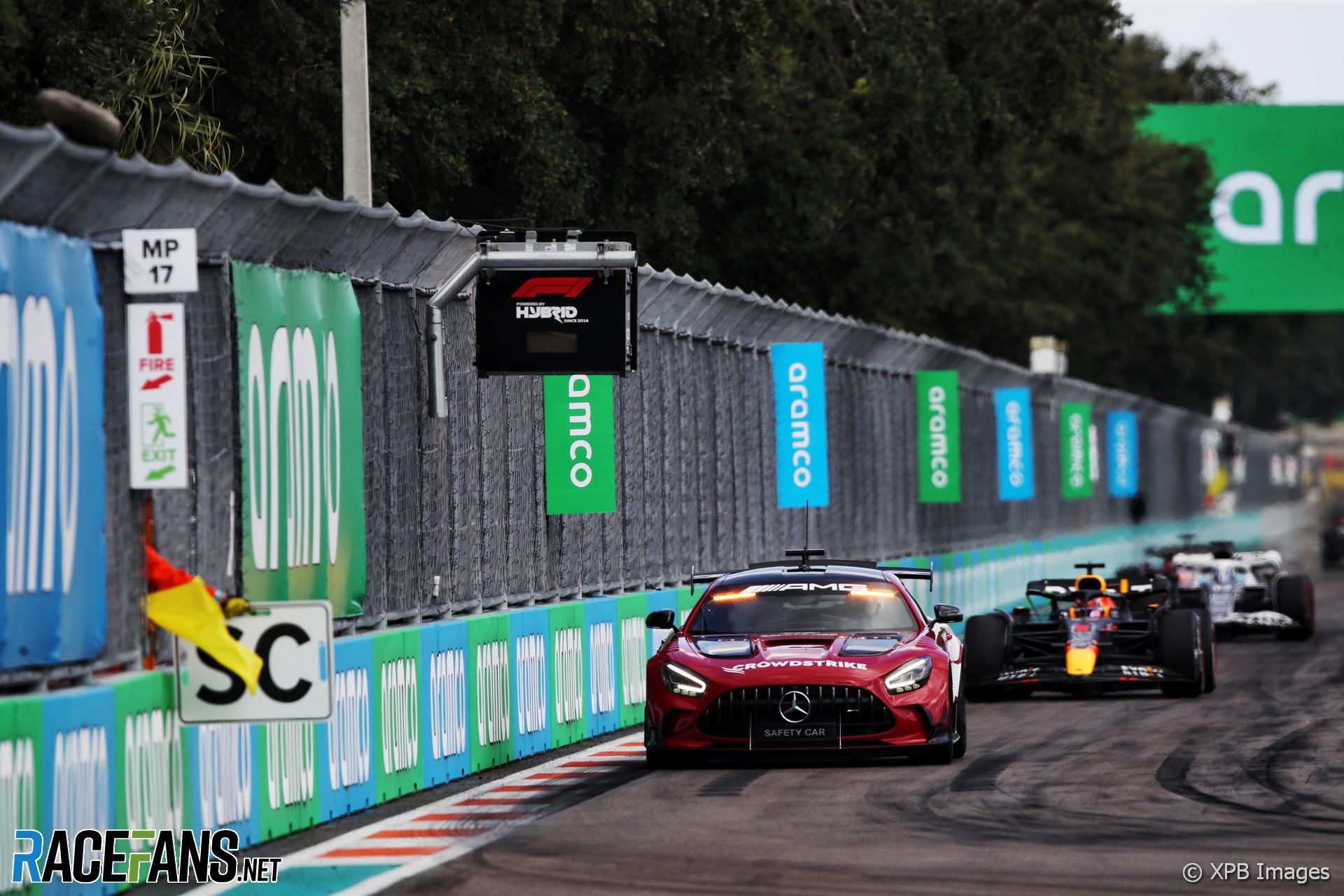 Ferrari missed an opportunity to win the Miami Grand Prix when they chose not to pit their drivers during the Safety Car period, says Red Bull’s Christian Horner.

Max Verstappen claimed Red Bull’s third win of the season yesterday after passing pole-winner Charles Leclerc. However Horner believes Leclerc could have got back ahead had Ferrari changed his tyres when the Safety Car was deployed.

The race was interrupted when Pierre Gasly and Lando Norris collided at turn eight. A Virtual Safety Car period was initially triggered, then the Safety Car was deployed.

Verstappen, leading the race, stayed out, as did Leclerc behind him and third-placed Carlos Sainz Jnr. Red Bull brought Sergio Perez in from fourth place for a fresh set of tyres in time for the restart.

“Ferrari let us off the hook slightly when it went from a Virtual Safety Car to a full Safety Car,” said Horner. “Max had already passed the pit entry whereas Ferrari would have had a free stop, and they didn’t take it with either of their cars.

“So we’re grateful for that because I think if they’d put the soft tyres on, that would have been a P3 today.”

Perez, who had lost power due to a sensor problem, wasn’t able to pass Leclerc after changing tyres and finished fourth. Leclerc briefly attacked Verstappen for the lead, but followed him home in second place.

Horner said Verstappen’s victory was a remarkable turnaround after his disrupted start to the weekend.

“Having lost the track time on Friday, especially at a new circuit, I think that hurt us in qualifying,” he said. “But in the race there were several key moments.

“One was the start and then looking after the tyres, putting Charles under pressure, making that pass and then really controlling the race until the Safety Car. And because the three DRS zones were so powerful it was very, very hard to break the tow.”

Verstappen’s win means he has reduced Leclerc’s lead in the championship to 19 points.