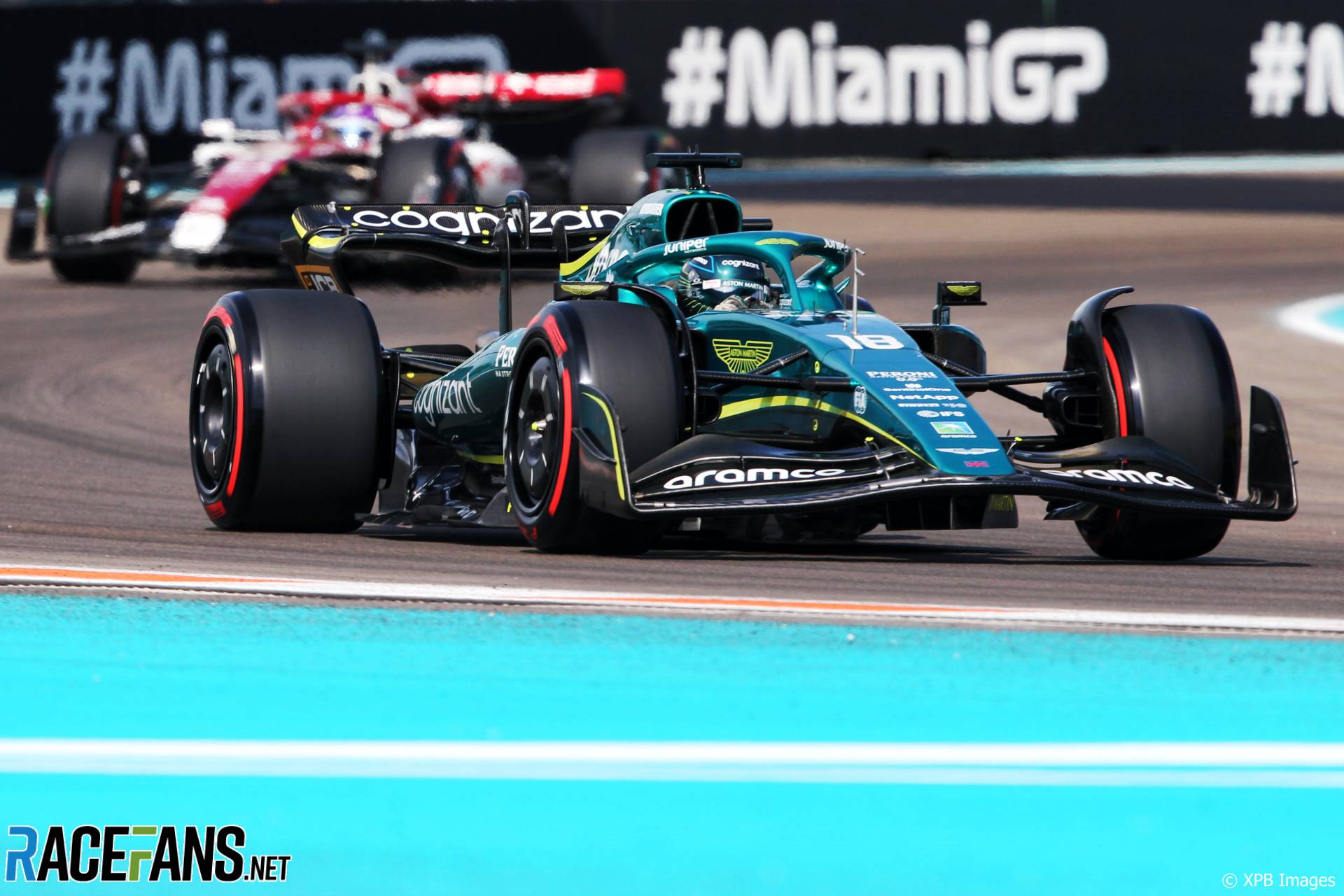 Formula 1 team principals played down concerns raised by their drivers that overtaking will be very difficult in the Miami Grand Prix.

Several drivers have warned the lack of grip off-line will make it very difficult to commit to overtaking moves. Cars have been lifting small stones from the new surface which are coming to a rest off the racing line.

However Red Bull team principal Christian Horner is hopeful the track surface will continue to evolve as further sessions for W Series and Porsches take place before today’s race.

“You’ve got quite a few support races going around, I think the braking areas will widen as those support races happen,” he said in response to a question from RaceFans. “There’ll be plenty of action in those as well, I’m sure.

“I think probably a bigger factor as well as the weather, potentially. Maybe there’s a few showers around as well. And then you’ll definitely see some overtaking.”

His opposite number at Haas, Guenther Steiner, said his drivers had also warned overtaking would be difficult. But he also expects the track will be in better condition in time for the grand prix.

“Let’s see if that line where you have got the grip widens up today and see if it can be done better,” he said. “It is a new track, it was completely green, nothing run on it.

“Normally these tracks develop and let’s hope that happens. Otherwise it will be challenging to overtake because you need to be on the good line. Otherwise, you’re off-line and off the track it looks like, but I think it will be getting better as more running is done.”

Alfa Romeo team principal Frederic Vasseur expects the track will offer considerably better grip during today’s race. “I’m sure that would be okay, that the track will improve drastically between [Friday] and Sunday,” he said.

“And with the three zones of DRS, it won’t be for me a big issue to overtake. The show will be, I hope, a good one, the layout of the track is good and everything will work perfectly.”