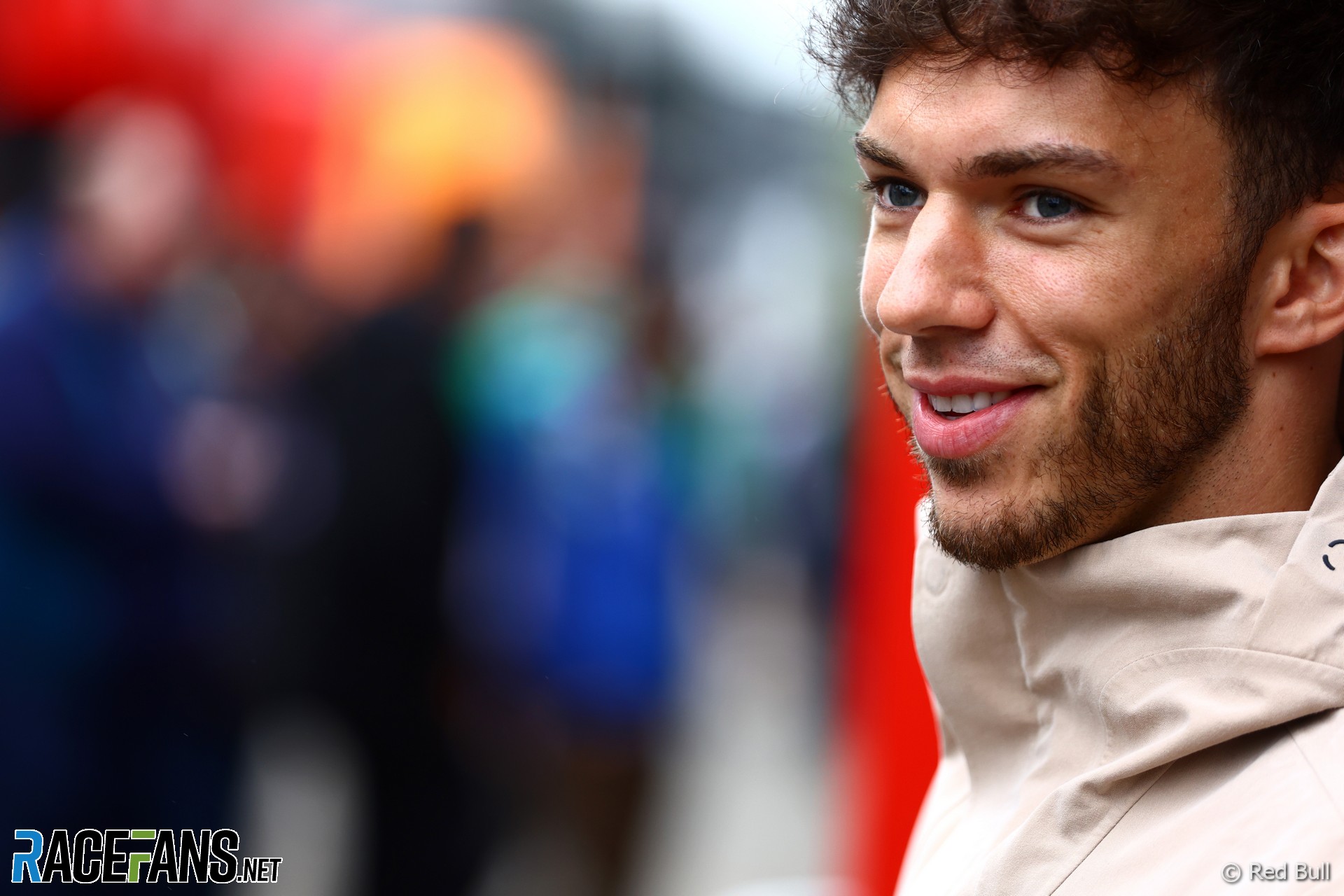 F1 is trialling the sprint format at another three events during 2022, starting this weekend at Imola. Speaking to RaceFans in an exclusive interview, the AlphaTauri driver said he hopes F1 settles on a consistent race weekend format in future.

Gasly admitted last year’s sprint races hadn’t gone well for him. “I clearly don’t have a love relationship with the sprint race just based on the pure results point of view,” he said. “Last year’s been quite shocking for us every time with a sprint race.”

However he hopes the changes to F1 cars for this season makes for more exciting sprint races. “At the end of the day, based on last year, I wasn’t a big fan. But I’m not [saying] it has absolutely no place in Formula 1.

“I think it’s good that we try it this year and hopefully just for consistency it might be better to stick to one format in the future. But let’s see how it goes this year. Maybe with these cars, new regulations, new cars, we get a lot better show and everybody loves it. Time will tell.”

The extra Saturday races will now award more points, with eight for the winner down to one point for eighth place.

As before, the sprint races will also decide the starting grid for the grand prix. However F1 has said the driver who is quickest in Friday’s qualifying session will be officially regarded as the pole position winner.

Charles Leclerc said the adjustment to the rules won’t lead him to change his approach to sprint weekends.

“Last year you weren’t taking too much risk in the sprint because it will affect a lot the starting position for the main race,” he said. “So it won’t change the approach.

“But I think it’s right to at least award points for the sprint qualifying race because it still is a race. We’re still racing and it’s good to have some more points available.”

Leclerc said F1 should consider making the sprint events standalone races which only award points and do not change the starting grid for the grand prix.

“This could be a thing, I think, because this will help us to take a bit more risk maybe during sprint qualifying without losing too much on the Sunday in case you do a mistake,” he said. “It could add a bit of value, of excitement for the Saturday. So this actually could be a good idea.”

However Lance Stroll said he “wouldn’t want to see that change” to the format.

“I like the way it is,” said the Aston Martin driver. “The risk [and] reward, I thought that was the whole idea of the sprint race to make it interesting for the fans. I think it’s nice to see drivers that are maybe further back fight for positions on Sunday.”