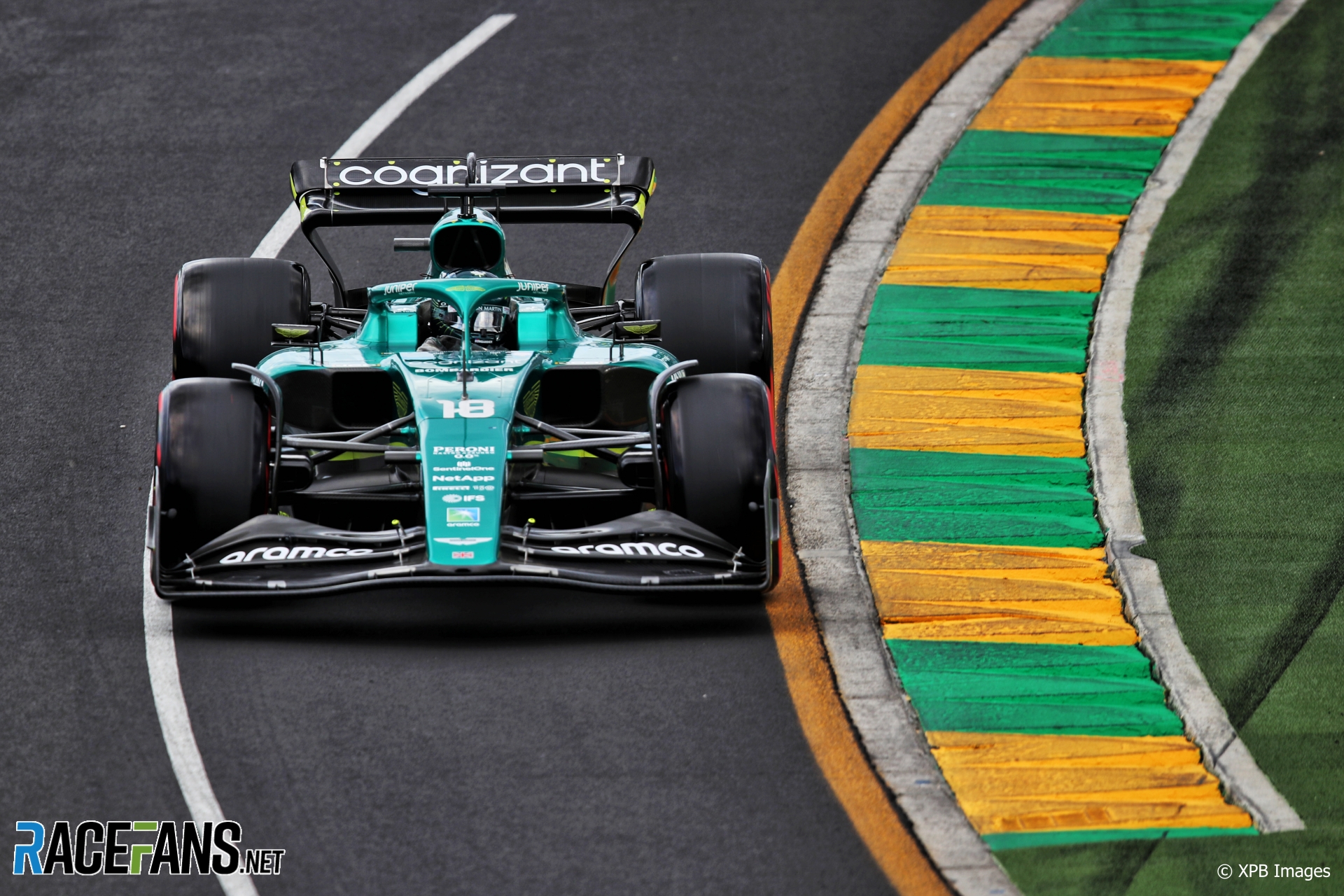 Lance Stroll has been given his eighth penalty point after the stewards determined he broke the rules while defending his position from Valtteri Bottas during the Australian Grand Prix.

They found the Aston Martin driver repeatedly changed his line while trying to keep the Alfa Romeo driver behind him.

“On the main straight, car 18 (Lance Stroll) was ahead of car 77 (Valtteri Bottas),” the stewards explained. “Stroll moved right to defend against a potential overtake from Bottas. Stroll returned to the racing line and then moved to the right for a second time to defend from another move by Bottas.

“The second move breaches the regulation which prohibits more than one change of direction to defend a position.”

The stewards issued a five-second time penalty to Stroll during the race. They also gave him a penalty point, which is his eighth of the current 12-month period, and leaves him four away from a one-race ban.

As with his penalty after qualifying, it had no effect on his ultimate finishing position, as Stroll pointed out.

“We tried to pick up a point. We just didn’t really have the pace. The balance was not great, we were eating up the front tyres and got swallowed up at the end.”