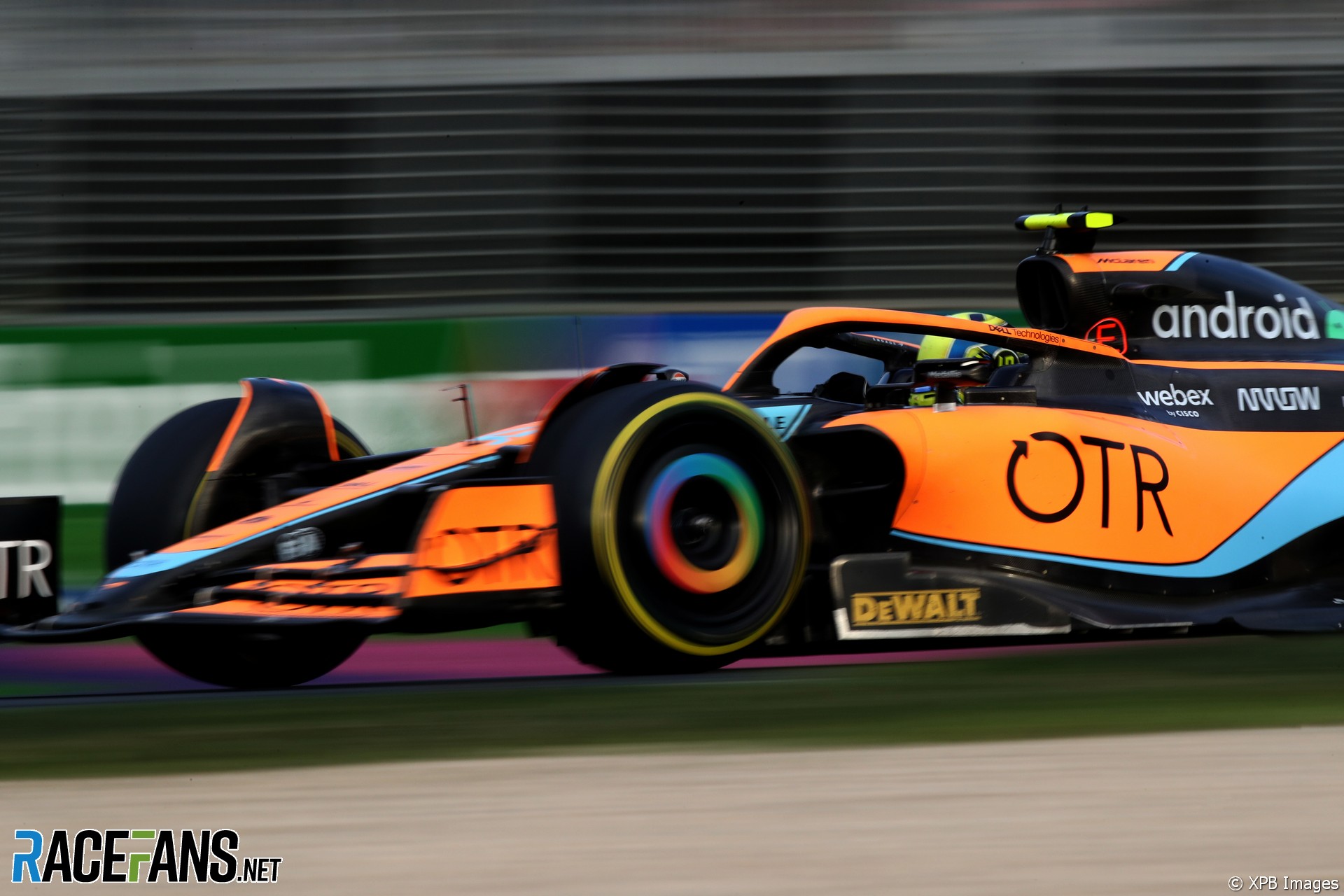 Lando Norris is under no illusions that his fourth place on the grid in Australia shows McLaren have solved their problems with their car.

Having been 1.4 seconds off pole position at each of the first two races, Norris was eight-tenths away from the front of the grid in Melbourne. That was good enough for a place on the second row of the grid.

He said the improvement was largely because the Albert Park track suits McLaren better than Bahrain and Jeddah did.

However he admitted the team has also been able to get more out of its car in Australia. “Everyone’s working very hard to make some progress and maximise everything and I think that’s showing in the steps forward that we’re making.

“But when I say a step forward, it’s one tenth maybe two tenths, three tenths maximum. The rest of it, one second or so, is just this track suits the car much better.”

Norris said there was room to improve on his lap, but not enough to find the near-half-second which separated him from third-placed Sergio Perez.

“It was a good lap,” he said. “It wasn’t quite what I wanted. A couple of mistakes here and there. Mainly turn nine and 10, the very fast chicane, I had quite a big oversteer which was quite scary, honestly.

“But apart from that the car was feeling good all weekend. It’s giving me good confidence at least and as the grip’s gone up and the fuel level’s come down then I felt more and more confident. So I’m happy, P4 is a very good result for us, Q3 as well for the first time this season.”

His team mate Daniel Ricciardo, who will start seventh, was dissatisfied with his final run in qualifying.

“I’m a little bit frustrated because probably my worst lap of the weekend was that last one,” he said. “It just started in turn one already and then I felt like I was close to going off the track probably three times in that last lap, so not really sure what what we missed there, something was a little bit off.

“But obviously a shame in that situation when it counts obviously not to put it there. In the end the time we got seventh was on a used tyre.”