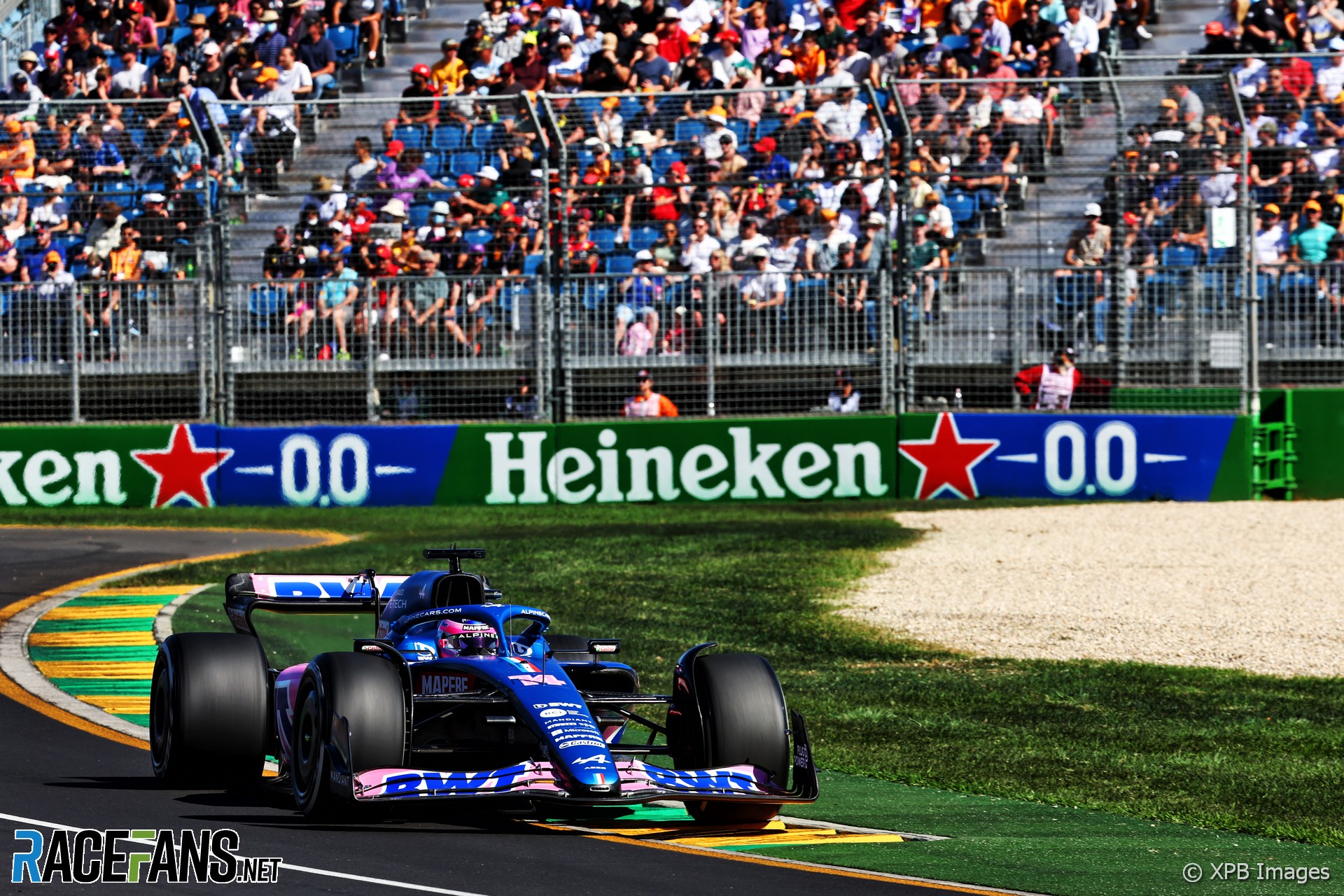 Fernando Alonso and Yuki Tsunoda have moved onto their third power units at the Australian Grand Prix.

Alonso started the third consecutive race weekend of the season with a new internal combustion engine (ICE), turbocharger, MGU-H and MGU-K, having begun the Bahrain and Saudi Arabian rounds with his other two permitted power units for the entire 2022 season. The Alpine driver lost use of his second Renault engine following his retirement in Jeddah.

He is therefore highly likely to exceed the maximum number of allowed changes later in the season at which point he will incur grid penalties. The same goes for Yuki Tsunoda, who is in a similar position to Alonso.

AlphaTauri installed a new power unit on Tsunoda’s car after qualifying in Saudi Arabia following the problems that prevented him from setting a lap time. However Tsunoda also failed to start the race in Jeddah after he was told to stop his car on track on his reconnaissance lap to the grid. The AlphaTauri driver will therefore have his third ICE installed for the Australian Grand Prix weekend.

McLaren have also given Lando Norris his Mercedes second power unit of the season for this weekend, while Alonso and Mick Schumacher will take their second energy stores and control electronics units of the season in Australia also.

Following Sebastian Vettel’s stoppage at the end of first practice Aston Martin confirmed they will replace his power unit for this weekend, which will not incur a penalty.