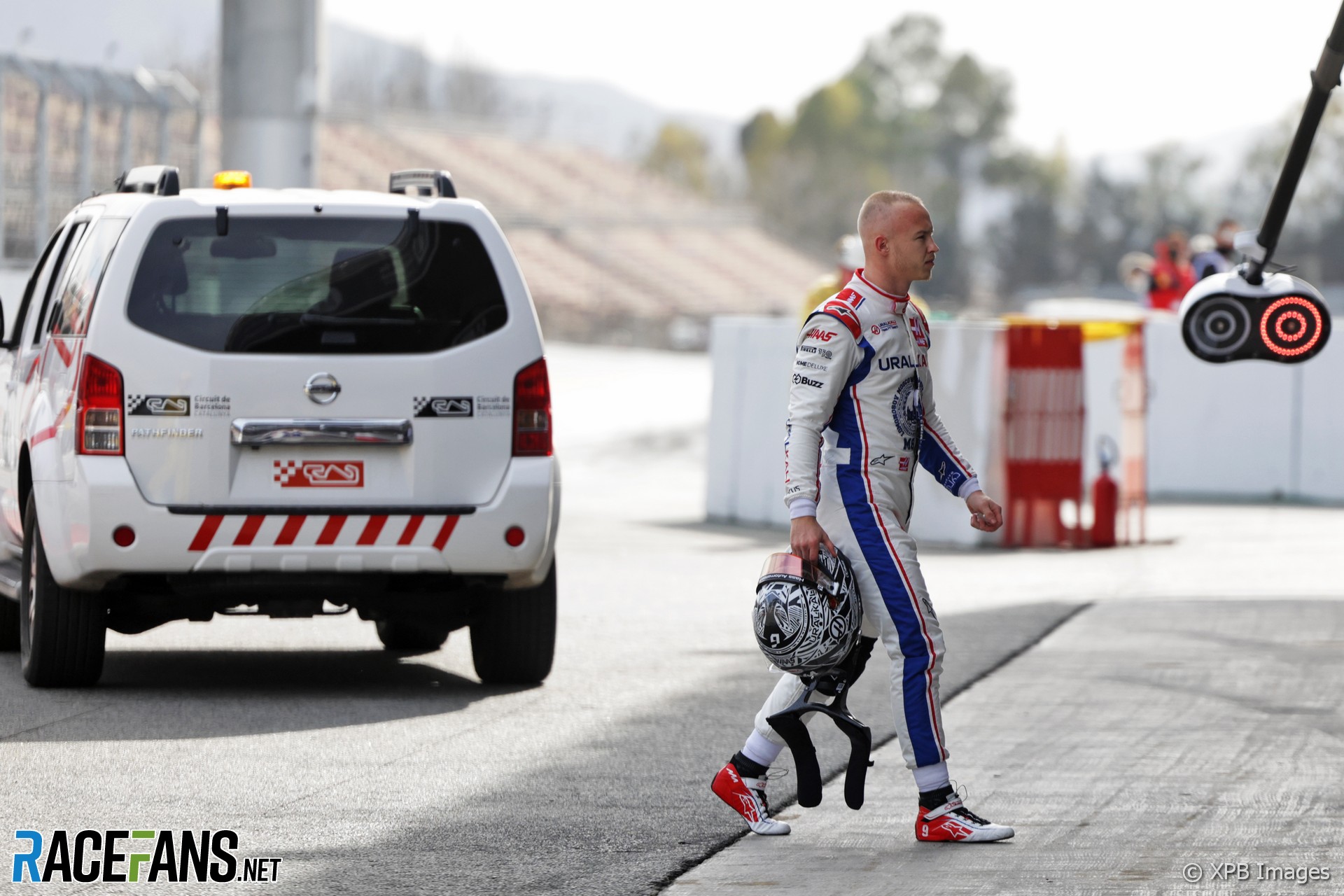 Nikita Mazepin hasn’t given up hope he may return to Formula 1 in the future after losing his drive following Russia’s invasion of Ukraine.

Haas confirmed it had terminated its deals with Mazepin and his father’s company Uralkali nine days after the invasion began. The pair were sanctioned by the European Union soon afterwards.

The FIA is permitting Russian drivers to compete providing they do so as neutrals and sign a commitment assuring they will not express support for the war. Mazepin indicated he was prepared to participate on those terms, as one Russian competitor in Formula 3 is doing.

He told the BBC he had a four-year deal to drive for Haas and was surprised by their decision to terminate his contract.

“I was sent an email which had about five or six words in it with a letter attached saying that my contract is terminated, and it was just put in a legal way beforehand,” he said. “My manager was speaking to the team boss who said that as long as the FIA, which is the the body that governs a Formula 1 as a federation, said that I can compete as long as I’m being neutral, that’s what I thought.

“But then obviously Saturday morning, 11:45am Russian time, that all changed.”

Asked whether he expects he will be unable to continue his motorsport career as long as Russia’s war continues, Mazepin said “I don’t think it’s right to speculate because anything I say right now, it is a speculation.

“One and a half months ago, I couldn’t imagine that the world would change so much. So it can change another step and I genuinely don’t know where it could go.”

The recently-released fourth season of Netflix Formula 1 documentary Drive to Survive shed new light on the relationship between the Mazepins and Has during 2021. At one stage they are shown threatening to withdraw their financial backing unless Mazepin’s car was swapped with that of team mate Mick Schumacher.

Mazepin insisted he and his team mate were not given equal equipment. “That’s a difficult situation because when you go into a Formula 1 team, even though we had a small budget compared to leading teams, you’d expect that the cars are the same.

“But I have ended up with a car that’s done over 22 races last year and crashed a few times. The chassis is no longer the same structure. And then you get a team mate that that gets a brand new car from the team. You want the same treatment. This is what I and my father was trying to fight for.”

Over the course of the year Mazepin was out-qualified 20-0 by his team mate and finished behind in 11 of the 14 races where both took the chequered flag. He defended his record in his debut season.

“Going into Formula 1 with one-and-a-half-days of testing in the pre-season days is never easy. Especially when the car is not like a Mercedes or a top team, the car was difficult to drive and I was making a lot of mistakes and it genuinely was very difficult for me.

“But I have had a very long-term vision in my career. The same vision that I was discussing with the team.

“Me and my team mate, we both had difficult days. I have been beaten by him, but not all the time. I have had a weakness of qualifying but in the races I think that was my rather strong point.

“I’ve came up through Formula 3 and Formula 2 and I’ve won races there. So I don’t doubt myself but you do need time in Formula 1.”

29 comments on “Mazepin believes F1 comeback is not necessarily impossible”