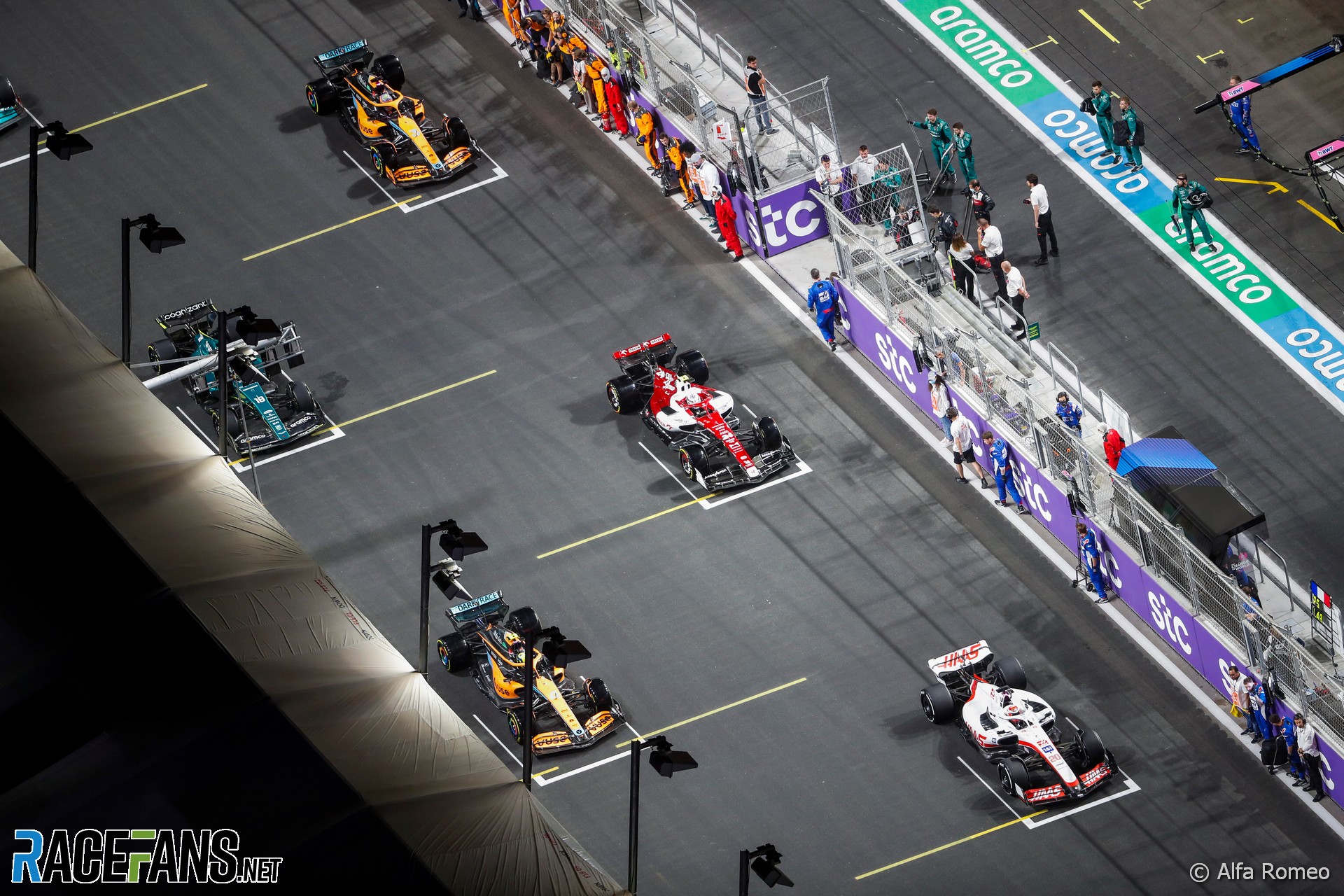 In the round-up: Alfa Romeo are helping Zhou Guanyu improve the poor starts he made in his first two Formula 1 races.

Alfa Romeo to work through anti-stall problems with Zhou – Pujolar

Rookie Zhou has triggered his car’s anti-stall mode at both starts in his fledgling F1 career so far. Pujolar says that the cause is not car-related.

“This anti-stall is something that we need to go through with Zhou,” Pujolar said. “Nothing wrong with the car.

“I think he’s got the feeling that the revs are still okay, but it’s actually not okay because it’s too low. We need to see what can we do to mitigate that issue in the future as now, it’s twice.”

Haas has retained over half of its staff since debut race in 2016, says Steiner

Haas team principal Guenther Steiner says over half of the team personnel at their debut race at the 2016 Australian Grand Prix are still with the team.

Speaking ahead of Formula 1’s return to the Albert Park circuit in Melbourne, Haas’ 125th grand prix, Steiner described the the team’s six seasons in F1 up to now as a “rollercoaster”.

“Yes, it was a rollercoaster and we’ve had a lot of downs on the rollercoaster ride over the six years but quite good ups as well,” Steiner said. “I’d say more than 50 percent of the people that were there at the first race are still with us, so that for me is an achievement.

“It’s been a very good ride, there’s been some challenges in the ride, but it’s been fantastic. The most memorable moment for sure was the sixth-place finish in our first race and second, the fifth-place finish in the championship in 2018 which we will try to replicate hopefully soon.”

Daniel Ricciardo says “every” F1 driver loves the Australian Grand Prix ahead of the return of his home race next weekend.

The McLaren driver has been unable to race in his home nation since 2019 after the 2020 race was cancelled on the morning of practice due to the initial outbreak of Covid-19.

“I’m excited to go home, definitely,” Ricciardo said. “It’s been a while and I’ve heard sales have been nuts and it’s going to be an awesome atmosphere. So yeah, I cannot wait.

“Obviously it’s personal to me, because I’m Aussie and it’s a home one and that’s a privilege. But every driver I speak to about Melbourne, they love it. They love it as an event. It’s exciting to go through the track changes as well this year, see what kind of racing that produces.”

To all those celebrating around the world, Ramadan Mubarak, from all of us at @AstonMartinF1. 💚 pic.twitter.com/hBaErb5gvl

hanging with @PierreGASLY in L.A. ✌️ see how Pierre spent his pre-season from training in @redbull's High-Performance Centre to exploring California 👌

On #WorldAutismAwarenessDay, we highlight one of the #INDYCAR flagmen, Aaron Likens.

Aaron is not only an important part of the INDYCAR paddock, but he's an advocate for awareness in the autism community.

Read more of Aaron's story at the link below.

"The commercial side of the sport— in my 20 years being around Formula 1 and six years running McLaren, I've never seen the sport stronger."

"The Ministry of Health told The Sunday Times on Saturday that the facility was stood down at the end of March due to fewer Covid-19 cases and sufficient capacity at other Covid-19 facilities. MOH said about 760 Covid-19 patients had been treated at the F1 Pit Building before it was stood down."

"O’Sullivan has been making a name for himself in the junior single-seater categories. Last year he won the GB3 title at his first attempt, with seven wins and 14 podium finishes to dominate the field."

"Having had experience racing under both mantles, I feel like I can give you guys a fair take on the main differences between both types of series' and offer a complete breakdown of the mechanical and vehicle changes."

It’s not going to be an issue. Haven’t people enjoyed the battle pass in the past few games?

I think microtransactions/DLC could actually improve the game. I’d pay a few bucks if they added more classics drivers and tracks throughout the year.
@hunkulese