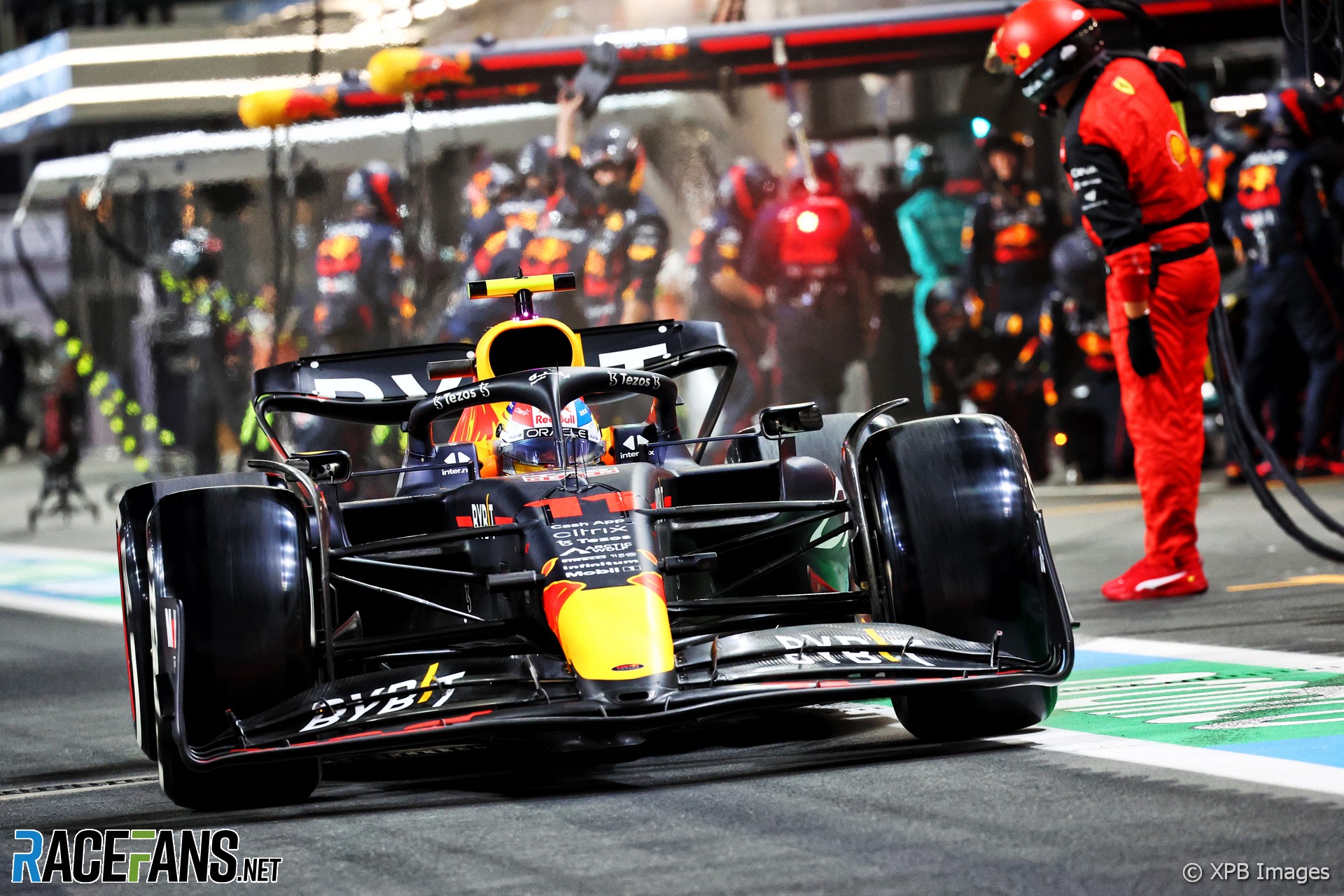 Sergio Perez said “bad luck” with the timing of the Safety Car cost him a likely win in the Saudi Arabian Grand Prix.

The Red Bull driver led the race from pole position until his pit stop on lap 14. Those running behind him were yet to pit at that point, and when the Safety Car came out soon afterwards it allowed them to pit and emerge in front of the former race leader.

“Just bad luck, bad timing,” said Perez. “I felt I had the race pretty much under control and [then] came this incident from Latifi and basically it hurt me.

“It just came at the wrong point of the race for me. As a driver, there is nothing you could do. We have everything in place, plenty of margin for the undercut and unfortunately we couldn’t execute what what we should today.”

Having taken the first pole position of his career on Saturday, Perez felt there was not much more he could have done better despite ending the race in fourth place.

“I think we did everything throughout the weekend perfectly,” he said. “At the end behind Carlos, I think the car wasn’t as good as it was on the first stint.

“We did some adjustment going on to the hard compound, which probably hurt us a bit. And then, at the end, it was catching him up. Unfortunately we had the yellow flag and then he pulled away.”

The television coverage of the race gave the impression the timing of Perez’s pit stop was a reaction to Ferrari’s call for Charles Leclerc behind him to come in. However Perez said “I don’t think it was an early stop. I think they would have to have stopped a lap earlier. So I think it was the right lap to box.”

An early switch from medium to hard tyres was a logical strategy, he added. “The hards can go forever, so it was just about getting out of that medium tyre. It wasn’t early.”

Red Bull team principal Christian Horner said the team brought Perez in when they intended to.

“Desperately disappointing for Checo because what an incredible lap yesterday to get that pole,” Horner added. “He then converted that into the lead. He was controlling the race beautifully.”