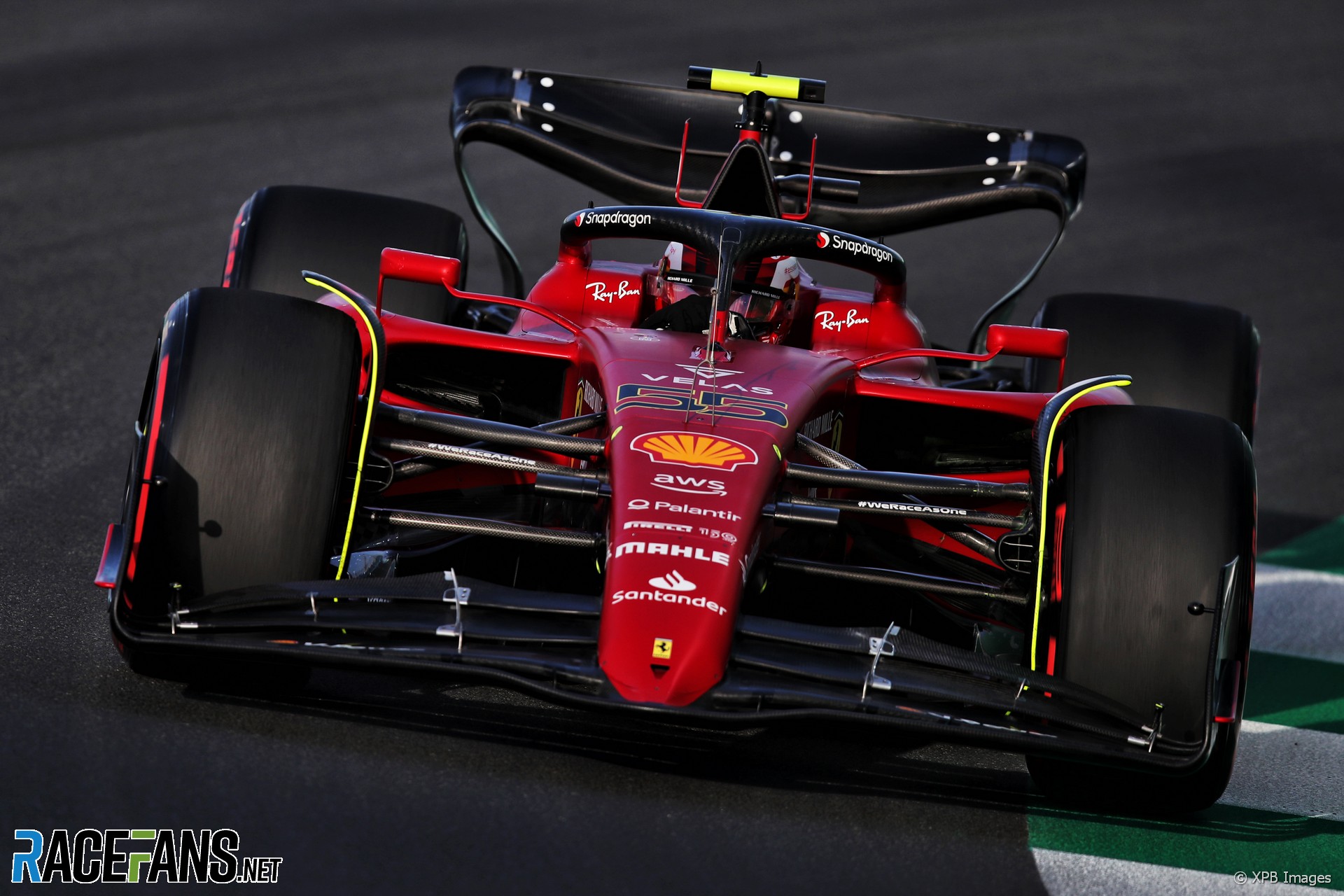 Charles Leclerc went quickest ahead of Max Verstappen for the third consecutive practice session ahead of qualifying for the Saudi Arabian Grand Prix.

The Ferrari driver put in the best time of the session at the chequered flag after Verstappen made a mistake at the formidable turn 22 on his qualifying simulation run. Sergio Perez ended practice third fastest in the second Red Bull, with Carlos Sainz Jnr in fourth.

The teams were greeted with cooler temperatures than Friday’s early afternoon session when they took to the Jeddah Corniche Circuit for the first time on Saturday.

Having missed the final phase of yesterday’s second practice after both drivers hit the wall, the two Ferraris of Leclerc and Sainz were quick to venture out onto the track to make up for lost time, getting some laps with the soft tyres under their belt. Leclerc went faster than team mate Sainz to set the early benchmark.

Sergio Perez split the two Ferraris to go second, also on the soft tyres, after his first hot lap of the day. Eventually, Verstappen went faster than all of them, using the softs to break the 1’30 barrier for the first time with a 1’29.768.

Pierre Gasly appeared to be in trouble when he was told to stop his AlphaTauri at the pit exit after he reported a suspected driveshaft problem. As he had crossed the white line marking the pit exit, the AlphaTauri mechanics were unable to recover the car. Thankfully, Gasly was able to push the AT03 back to the pitlane with the assistance of a pair of marshals in the pitlane, and the team were able to begin work on the car back in the garage.

In the final ten minutes, teams began to run qualifying simulations with Valtteri Bottas putting his Alfa Romeo into second place with the soft tyres. Verstappen set some blistering opening sectors on his next lap, but a mistake at turn 22 saw him ride roughly over the kerbs and abandon his lap before the end.

Perez improved to go second behind his team mate’s previous best time, just over half a tenth away. Nicholas Latifi brushed the wall on the exit of turn two and had to recover to the pitlane, ending his session.

Then, as the chequered flag flew, Leclerc improved on his best time to pip Verstappen at the top of the times by just 0.33s. Sainz was unable to do the same, leaving Leclerc to finish atop the standings ahead of Verstappen for the third consecutive session in Saudi Arabia.

Perez was just under a tenth behind in third, with Sainz fourth in the second Ferrari. Bottas ended the session in fifth, ahead of Esteban Ocon and Gasly. Kevin Magnussen ended a much-needed trouble free run eighth fastest in the Haas, ahead of Fernando Alonso in the second Alpine and Yuki Tsunoda rounding out the top ten.