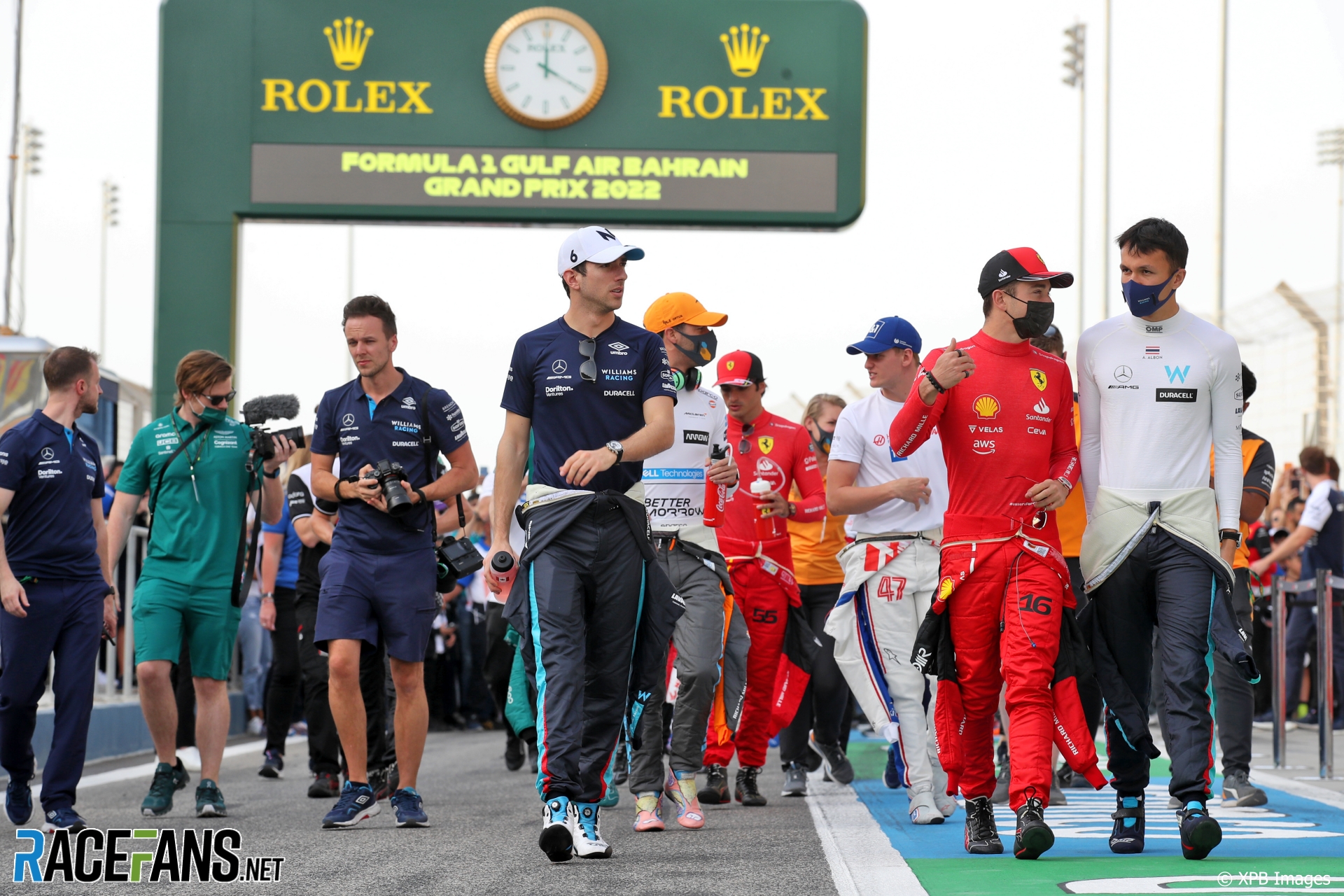 Two Formula 1 drivers tested positive for Covid-19 within a week in Bahrain, leaving one under-prepared for the first race of the season and the other unable to take part at all.

The news prompted some drivers to call for the right to decide for themselves if they are fit enough to race, should they become infected. Missing race weekends means missing important championship points, after all. But there would be further implications if driver were allowed to choose to race or not, which could potentially bring extra risk to those around them.

For 2022, the third season since the outbreak began, the FIA have relaxed their Covid-19 protocols. PCR tests are now strongly advised ahead of the first race weekend of the year, but not mandatory to enter the paddock. Of course, local guidelines must still be followed in each country F1 visits.

During the height of the pandemic, teams were sealed away and press were not allowed into the paddock, with everything taking place via the internet, including the press conferences. Races ran behind closed doors and grandstands were empty.

Now the majority of teams have returned to in-person media sessions rather than relying on videoconferencing. The requirements of wearing masks and social distancing have become more relaxed.
Although limited numbers of fans were able to return at a handful of events at the end of 2020, Formula 1 has taken longer than many sports to find its ‘new normal’. But any illusion that we are fully back to normal was shattered in the build-up to the first race of 2022.

First up was McLaren’s Daniel Ricciardo, who missed out on three days of testing. Sebastian Vettel tested positive a few days later, ruling the Aston Martin driver out of the season-opener.

But Covid affects individuals differently, and during the grand prix weekend some drivers suggested the FIA should consider allowing them to decide if they are well enough to race or not. Sergio Perez, who missed two races last season after testing positive, said “it’s something that we should discuss, whether we allow the drivers to race with Covid, if the symptoms are mild.”

“These days if you’re feeling bad, obviously the drivers can be the judge, but I think it makes sense to have a discussion.”

Ferrari’s Carlos Sainz Jnr has managed to avoid Covid so far, and admitted he feels conflicted over how far the restrictions should be loosened: “It is tiring and it is tough for two years to still do the same things,” he said. “Some things I got used to, some things I still struggle with, like to wear the mask at all times.

“I just hope we can get back to normality as soon as possible because – it might be a bit controversial – but I think that we need to kind of move on a bit and get on with life. It’s unfortunate for the other drivers, and it could be me at some point.”

What it might mean for Sainz’s championship chances was also on his mind. “It’s really tough to stay as disciplined as we’ve always been,” he continued. “Obviously if I have the chance to fight for bigger things this year, I will need to be but I am in two minds.

F1’s points system once allowed drivers to ‘drop’ their worst results over a season, meaning they did not count towards their final tally. It was last used when Ayrton Senna won the 1990 world championship, when drivers counted their best 11 scores from 16 races.

If such a system was reintroduced it would reduce the negative impact of missing a race due to Covid. But the group of drivers RaceFans put that suggestion too were not keen on the idea.

“Obviously we had that in the past and it wasn’t great. I think as everybody else said, no, I wouldn’t like this,” said Charles Leclerc.

Mark Webber threw up in his car while suffering from a stomach bug at the 2007 Japanese Grand Prix. The Australian spent the first few laps of the race vomiting into his helmet, but told the team, “I’m going to try and stay out, I’m being sick in the car but I’ll see how I go.”

Just last year Perez was ill for much of the weekend at the United States Grand Prix but raced on. Making matters worse, his drinks system failed on Sunday, leaving him “losing strength” for the entire grand prix, which he called his “toughest race ever physically.”

Lewis Hamilton caught Covid-19 in 2020, missing a race, and suffering its after-effects long into the beginning of last season. He said he could never have raced an F1 car while he was positive.

“If we all stop wearing our masks and everyone in the garage gets it, everyone’s going to be sick and it will affect people differently,” the seven-times champion pointed out. “Some people don’t even know they have it and some people get really ill.

“So it’s better to just not take the risk. There was no way I could have raced when I had it. I was very, very sick.”

However several team principals believe we will see Covid-positive drivers being allowed to race eventually. “I think it very much will get to a stage at some point where it will come down to his physical condition,” said Red Bull team principal Christian Horner. “It’ll be no different to any other virus that you could pick up.” Haas’s Gunther Steiner also added that it should be “treated as a flu” in the future.

Even Mercedes team principal Toto Wolff, who caught Covid in January last year, agreed. “Covid is going to be seen as a flu that you can judge yourself, whether you want to go to work or not. So I believe that in the next few weeks, we are going to see a pattern that Formula 1 will follow.”

With the world learning to live with Covid-19, it seems the drivers may soon get their wish. Yet as long as Covid poses a threat to some, the logistics of how they could race with the virus would have to be solved.

But with race suits, balaclavas and helmets already giving some coverage, this may be manageable. “If there is a sport that I think you can compete without spreading the virus too much or at least zero, I think it is Formula 1,” Sainz observed.

Yet, it becomes problematic if drivers are putting themselves in direct risk of danger in the hope of gaining more championship points whilst racing ill. Can the onus be put solely on an F1 driver to make the decision, of course with the doctor’s approval, when their goal is ultimately always going to be to race no matter what?

It remains to be seen whether Vettel will return for Saudi Arabia. Hopefully he’s fit and well again soon.

His experience will provide useful input into the debate over racing with the virus. But despite the two recent positive cases, it seems more and more drivers want to have the choice to race with Covid.

64 comments on “Is it time to let F1 drivers race on after catching Covid?”