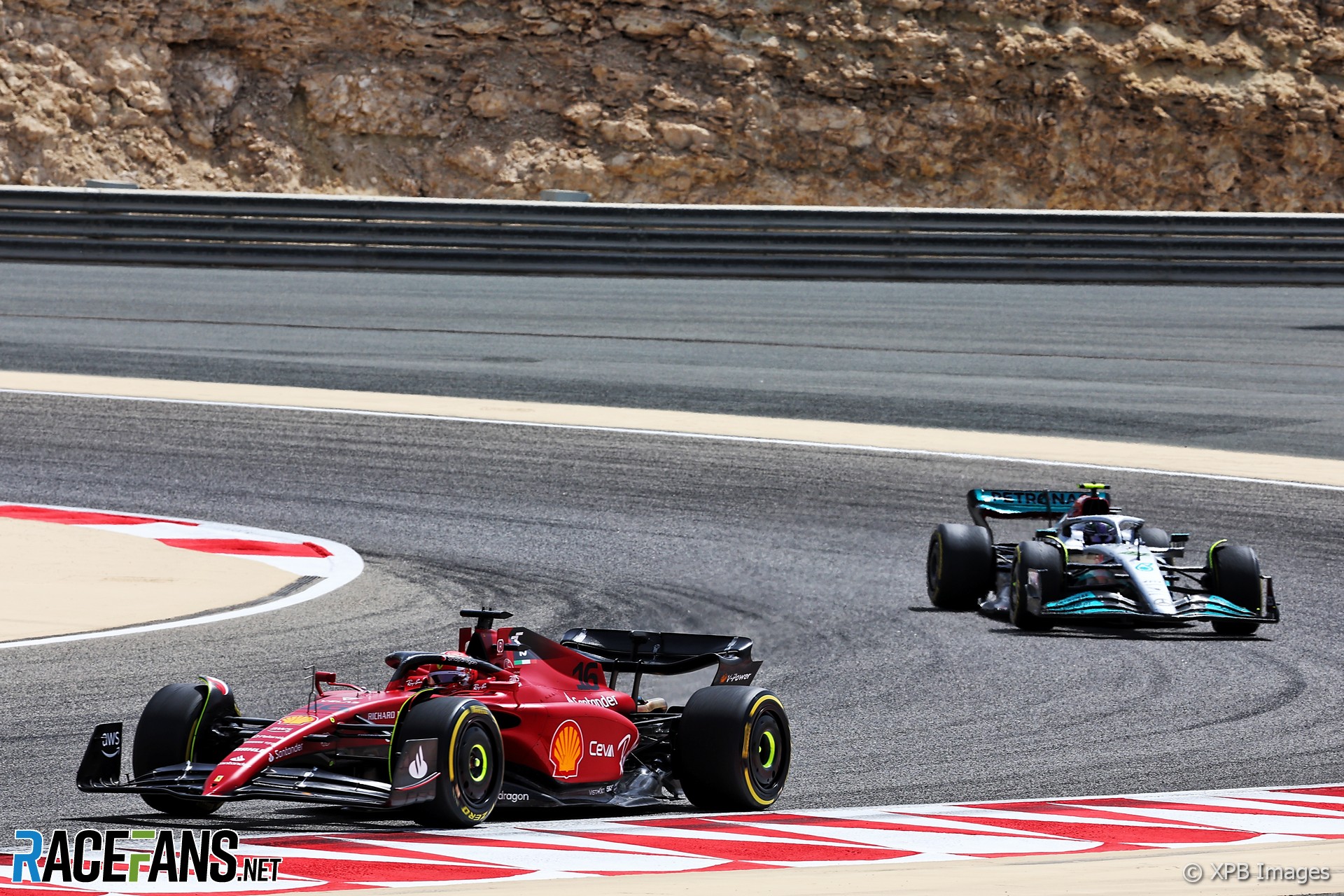 The new technical regulations introduced for the 2022 F1 season have the potential to shake up the competitive order into something unrecognisably different to what went before.

But how well each of the teams fare in the opening race weekend of the season, which begins today at Bahrain International Circuit, will be strongly influenced by a phenomenon which caught them largely unaware when pre-season testing began three weeks ago.

The ‘porpoising’ problem has come about as a result of F1’s return to using ‘ground effect’ aerodynamics. The phenomenon is not new to F1: designers encountered in the seventies when they first hit upon the idea of shaping their cars’ floors in a way which increased downforce.

Lotus harnessed the power of ground effect with its 79 chassis, the dominant car of the 1978 season. But the more aggressive development of the car for the following year, the Lotus 80, suffered badly from ‘porpoising’, and was swiftly shelved as the defending champions failed to win a race.

Today’s teams are now well acquainted with the cause of the problem. The greater the downforce their cars generate, the more firmly they are pushed downwards on their suspension. But if that airflow stalls, the downforce is dramatically reduced, and the car rises. The downforce quickly returns, and the car lowers again, and the cycle of bouncing continues.

“I’m pretty sure that I can expect to have a sore back after Sunday’s race,” said Charles Leclerc. “It’s quite bumpy.”

Porpoising largely presents a comfort problem for the driver, according to Leclerc, though it also makes controlling the car in braking zones more difficult.

“It doesn’t disturb me personally to drive apart from probably the big braking, [which] is a bit trickier with these big bumps in the straights,” he said.

“But overall it just hurts. After 10 laps in the same conditions having these bumps, it gets quite tricky.”

Speaking towards the end of the final test, Leclerc said his team were not always able to predict when they would encounter the phenomenon.

“It depends a lot, it’s really condition-dependent. Even on the same track, sometimes you can have it, sometimes you don’t have it. So it’s very difficult also to predict it. I think we all need to be ready to have it at some point during the race.”

Another determining factor in how far the problem affects each team is how well they foresaw it, and whether they were prepared to deal with it. Esteban Ocon was pleased with the progress Alpine made during their test.

“On my side in Barcelona it was not a big issue, for example,” he said. “Of course, there was a bit of porpoising which we managed to get under control on my days in Bahrain.

“For sure, yes, the cars are much stiffer and you can really feel the bumps. So on a full day of testing, you might need to take a bit of Paracetemol on the afternoon. But otherwise you will be fine.

“The team is working hard to fix the issue and to make it driveable and we’ve managed to come into some good solutions already so on our side it’s okay.”

In contrast Mercedes still appeared to have problems controlling porpoising on their W13 towards the end of the test. “At the moment, for us, this is one of our weaknesses,” said Lewis Hamilton. “But I’ve seen other people also experiencing it.”

“It’s definitely a hindrance at the moment but I hope somehow we’re able to fix these things, all the cars can fix them, so we can realise the true potential of these cars.”

The problem can be eased by increasing the car’s ride height. But that means reducing the downforce the car can generate, which means sacrificing performance.

This presents teams with a set-up conundrum: How far dare they go? Kevin Magnussen said his Haas team are still limited by the problem and indicated other drivers are able to use the kerbs more aggressively than he can.

“There’s certainly a limitation, still,” he said. “It was interesting to hear the drivers commenting on kerb usage, how much they can use.

“There’s quite a big difference, I think some guys are running quite high still. We’re certainly still high compared to where we’d like to be, so it is a big issue.”

F1’s rules present a further complication for teams trying to get on top of the problem. The new regulations introduced for this year have not only drastically changed the aerodynamics of the cars, they also force teams to use much simpler suspension systems. The sophisticated hydraulic systems of previous seasons, which might have helped address the problem are no more.

Then there’s the ever-present challenge of the parc ferme rules. Teams lock their cars into one specification when qualifying begins, which is then carried over to the race. But how well will a compromise which works for a single flying lap perform over a race distance with a much heavier fuel load?

Sebastian Vettel, who isn’t racing this weekend after testing positive for Covid-19, said the trade-off between finding the right set-up for qualifying and the race will be key to who is competitive from the beginning of the season.

“We need to find the right compromise first,” he said. “You’ve seen all of us suffering similar issues.

“The regulations pushed the cars into being a lot stiffer. The tyres are different, they take less of the absorption because of the smaller and stiffer sidewall, different philosophy. So it feels very different.

However he is optimistic the problem won’t detract from the goal of the new regulations, which was to improve the qualifying of racing and aid overtaking.

“The big hope is that we are racing each other every weekend and it’s a lot closer than it has been in the past. Then I think that would make up for the cars being a bit unpleasant when it comes to stiffness levels or the tyres maybe falling off or the cars generally being very, very heavy.”

Some teams have predicted the problem will be largely solved within a couple of races. But in Bahrain they enjoy the advantage of having already tested for three days at the track. The next venue, Jeddah Corniche Circuit, is the second-fastest track on the calendar and will present the teams’ first challenge of identifying and addressing any porpoising problems within one weekend.

Mick Schumacher expects porpoising “will be a part of this year’s campaign” beyond the opening event. “I think Formula 1 won’t really manage to reduce it completely or remove it completely.

“It’s a matter of getting to learn how to drive it and having it as little as possible. You don’t want to initiate it in any way or go over to the point where it is too aggressive because then reliability will become an issue.

“It’ll be interesting to see on tracks that maybe it comes in heavier like Baku, also Jeddah is a track where it might happen, to see how the cars react. Maybe at the beginning of the season, we’ll see a few more [retirements] because of it.”

9 comments on “How low can you go? The crucial set-up call at the beginning of 2022”