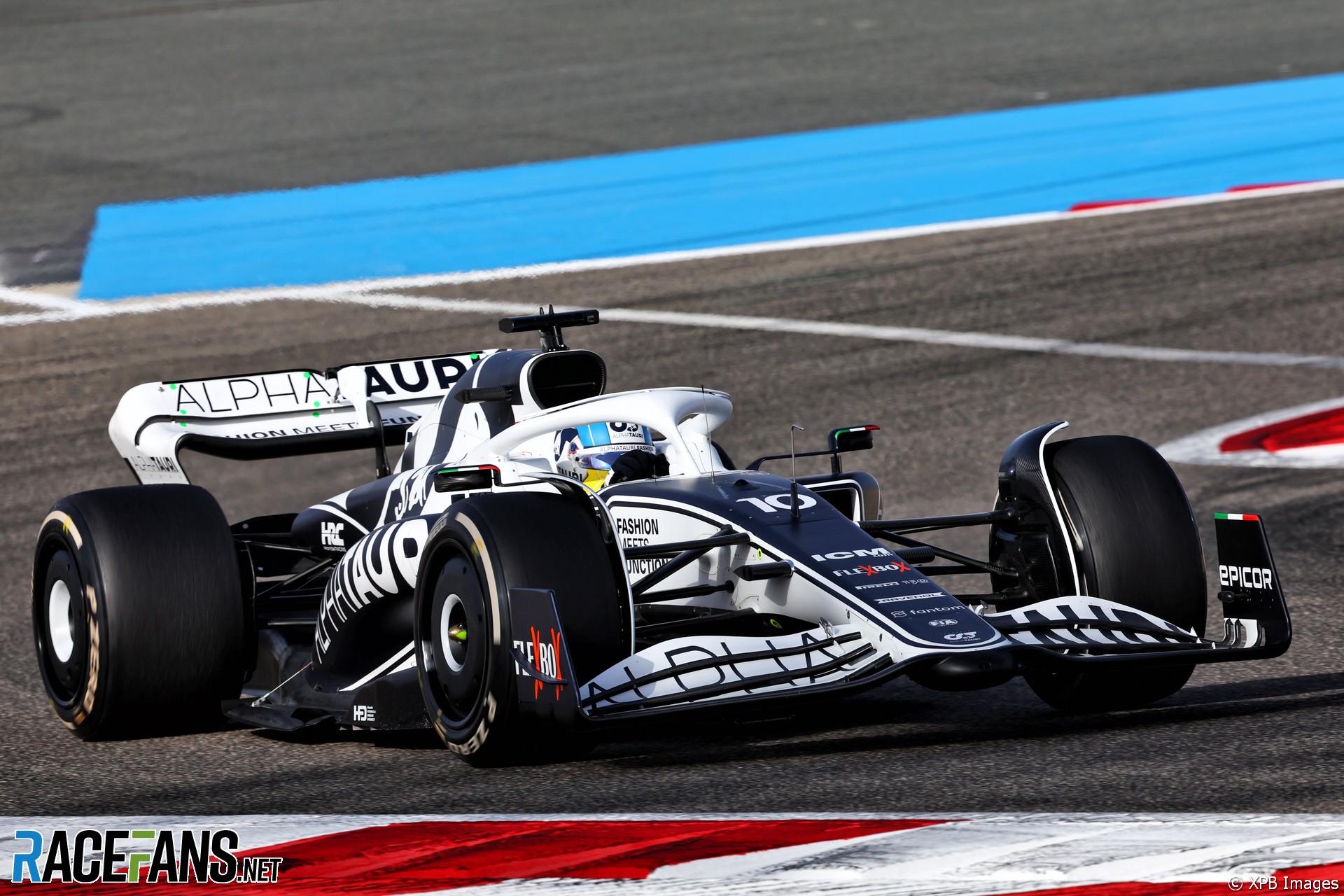 Pierre Gasly took the honours as the first driver to go quickest in an official session in 2022 during first practice for the Bahrain Grand Prix.

The AlphaTauri driver used the soft drivers to set the fastest time of a 1’34.193, three tenths quicker than the two Ferraris of Charles Leclerc and Carlos Sainz Jnr.

The official start of the 2022 Formula 1 season began in windy but warm conditions in the early evening light around the Bahrain International Circuit. It did not take long before some drivers hit trouble, as Valtteri Bottas reported a misfire in his Alfa Romeo on his installation lap, which ultimately side-lined him for the full hour of running.

Less than ten minutes into the session, the red flags were flown for the first time when the sidepod on Esteban Ocon’s Alpine suddenly exploded on the right side over the start-finish line, showering carbon fibre across the grid and leaving a large hole on the A522.

After a lengthy delay, the session restarted, but Russell added further debris on the main straight when his Mercedes W13 ejected a piece of carbon fibre on the run to the first corner.

Leclerc spun his Ferrari F1-75 exiting turn 11 as he put the power down for the uphill kink, but he was able to recover the car and continue with

Sainz Jnr caused a scare at the final corner, when he slowed down to prepare for a hot lap and got in the way of both Yuki Tsunoda and Max Verstappen, who were both finishing their hot laps.

Max Verstappen set the early pace on the medium tyres, but Gasly used the soft compound to help set the quickest time of the session, three tenths faster than Leclerc and Sainz in the Ferraris, who also did not run on the soft tyres.

Russell went fourth fastest for Mercedes ahead of team mate Lewis Hamilton in seventh as both got to grips with the soft tyres. Lance Stroll posted the sixth fastest time in the Aston Martin, while Fernando Alonso, Yuki Tsunoda and Sergio Perez rounded out the top ten.

Rookie Zhou Guanyu posted the 11th quickest time after 20 laps around the circuit, while the returning Nico Hulkenberg went 14th fastest in his very first time behind the wheel of the Aston Martin AMR22, one second off his team mate.

The two McLarens of Lando Norris and Daniel Ricciardo could only manage 16th and 17th, respectively, while Haas were the slowest of all who set times during the first hour of running for the weekend, with Mick Schumacher almost three tenths faster than new team mate Kevin Magnussen.