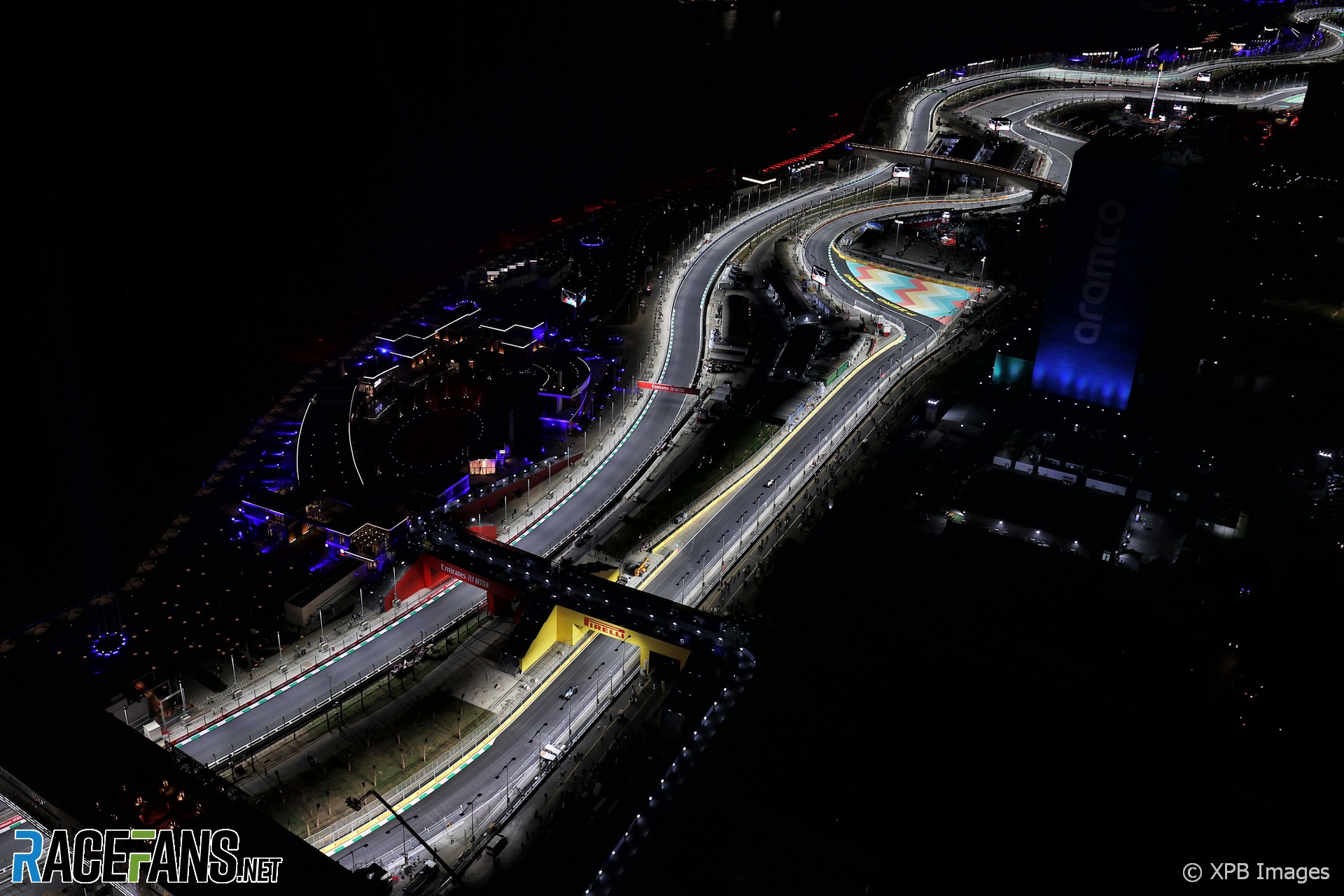 Revisions to the Jeddah Corniche Circuit in Saudi Arabia, which are largely being done for safety reasons, may also increase speeds at Formula 1’s second-quickest track.

The Saudi Arabian Grand Prix promoters have had just three months to make alterations to the circuit since its inaugural race last year, ahead of F1’s return later this month. Several drivers called for changes to the track after the first race was marred by incidents which led to two red flags and multiple Safety Car and VSC deployments.

“The FIA and Formula 1 had requested that we looked at 12 or 15 points around the circuit,” he said. “Nothing that was an issue as such, it was more about sightlines because obviously the speed of the circuit is such that drivers were arriving very quickly on slower cars.

“I think the main issue was not so much the race but more importantly in qualifying where you’ve got cars backing off to take advantage of a decent lap. The FIA can do things about that, obviously, because in the drivers briefing they can tell people that they must not slow down around certain corners or in certain areas.

“But predominantly it was felt much better for us as the promoter and the organisers of the circuit to actually look at what we could do. So we have effectively changed the number of the sightlines.”

The majority of the changes requested have been completed for this year’s race, said Whitaker. “I think we’ve effected between seven and 10 of the changes that they were looking for. The rest will take a little bit longer.

“For example the sightline on the inside of turn 23 and 24 is a bigger task and we just didn’t have the time to do that. So that’s one area where I think the FIA race director can help in terms of telling the drivers to be wary when they’re going through it, not to slow down through there on a qualifying lap, for example.”

While sightlines have largely been improved by repositioning barriers and other track furniture, drivers will also discover one corner has slightly different geometry compared to last year. This is the final turn, where Max Verstappen hit the barrier on his final qualifying lap last year.

Whitaker explained this corner has been widened, which was made possible by the removal of a grandstand on the outside of the bend, which could make it quicker.

Some of the difficulties encountered during Jeddah’s first race were inevitable given how quickly the track was constructed, said Whitaker in response to a question from RaceFans.

“I think it’s fair to say that the success of the event was clear for all to see. It was a phenomenal race and it was a spectacular event. The fact that we started building it at the beginning of May and managed to run a race on December 5th, I think is quite a staggering achievement.

“Having said that, we were a little bit like the proverbial swan. It looked fantastic on the surface, but clearly there were [problems], which is quite natural. Let’s be honest, it doesn’t matter whether the circuit’s in Saudi Arabia or anywhere else in the world. If you try and build a circuit in that short time, there are going to be issues.”