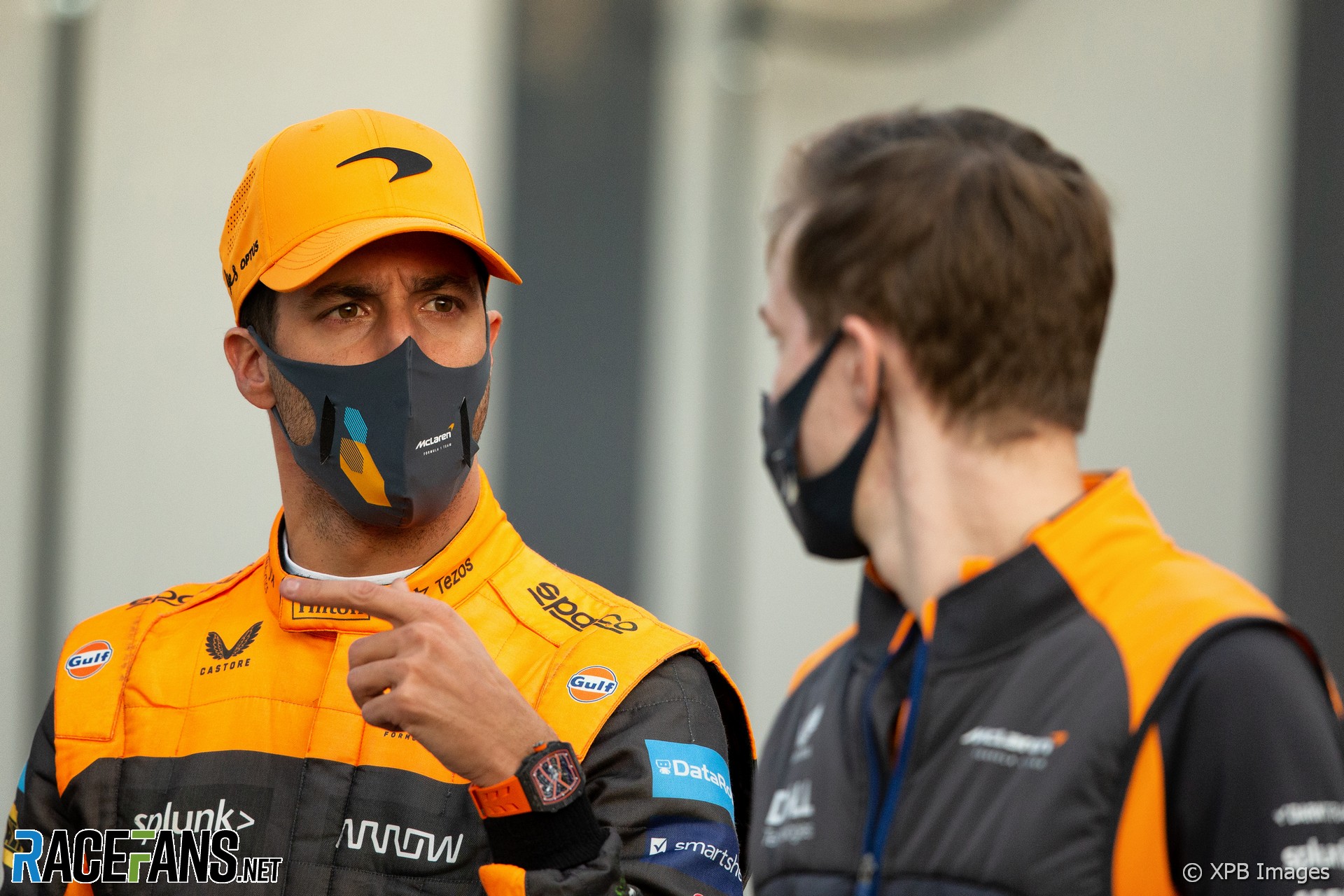 McLaren has contingency plans in place after Daniel Ricciardo tested positive for Covid-19 one week before the first race of the new season.

However the team is confident their driver will be fit to drive in next week’s season-opening Bahrain Grand Prix. Ricciardo has been absent from testing since it started two days ago, and McLaren confirmed yesterday evening he had tested positive for Covid.

Team principal Andreas Seidl told media including RaceFans today that Ricciardo is already showing signs of recovery. “I’m confident he will be fit again next weekend,” he said. “He’s feeling better already but as you know it simply takes a few days until you are fully back in good shape.”

“We have an agreement with Mercedes to share reserve drivers,” said Seidl. “We have also Paul di Resta on standby in case it’s needed. But again we expect Daniel to be back in good shape next week.”

Lando Norris has conducted all three days of the final test for McLaren. Seidl admitted losing a day and a half of pre-season running is a setback for Ricciardo, but expects the veteran of over 200 races will quickly make up for lost time.

“In terms of preparation going into the season obviously that’s not what we’re aiming for,” he said. “Definitely it puts us and Daniel back as well but in the end it’s something Daniel couldn’t control, we simply have to accept that it is.

“And with the experience Daniel is having going now into the second year together with the team I’m still optimistic that the small disadvantage he will have starting the race weekend here next week that hopefully doesn’t take that long until this is [not an issue].”