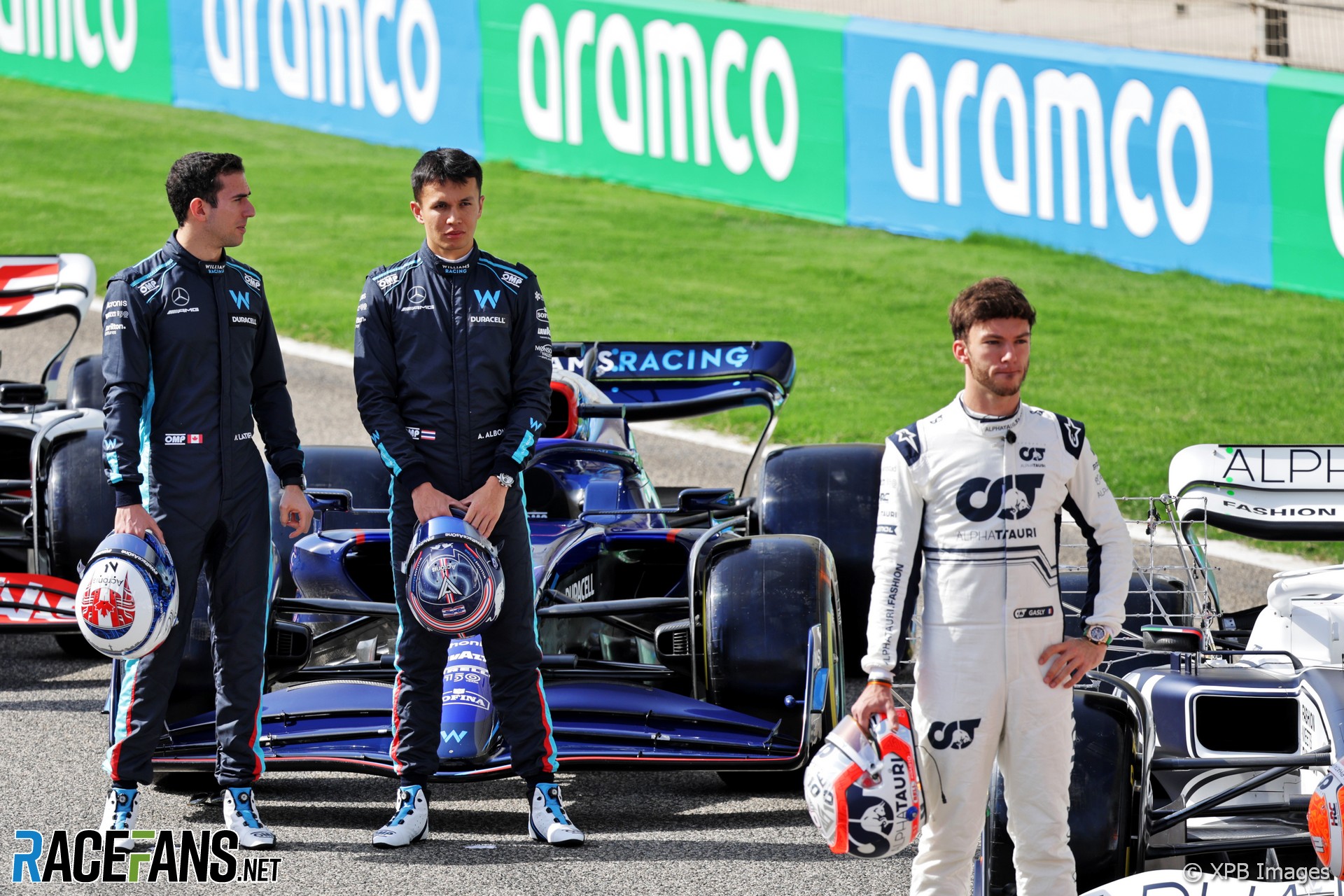 Alexander Albon believes the Formula 1 field could be “tighter” this season after four days of testing with the radical new cars for 2022.

F1 has introduced heavily revised cars for this season that rely on ground-effect aerodynamics in an effort to improve overtaking by allowing cars to follow more closely.

Asked how he would assess Williams’ performance after four days of testing so far, Albon said that “it feels pretty good”.

“I think it’s like we’ve seen before – or what we saw in Barcelona – everyone looks like they’ve bunched up a little bit, you could say,” Albon said. “I think everyone’s done a good job on the cars and the gaps are tighter, which is great. It looks promising for the year.”

Albon completed 104 days of running in the FW44 on Thursday, setting the fifth fastest time of the session, just over a second slower than Pierre Gasly’s quickest time in the AlphaTauri.

Having driven the new ground-effect car at both Barcelona and Bahrain, Albon says that the new cars are proving more difficult to drive around Bahrain compared to during the first test in Spain.

“I think coming from yesterday, just with the temperature and the winds, it’s changed quite a lot – the feeling of the car from Barcelona,” Albon explained.

“Also purely on how stiff or how bumpy it is here, it’s incredible. It’s a big difference. You can tell that these cars are running low and stiff here – much more than in Barcelona. So it’s been tricky. I’ve seen a lot of mistakes – I was making a lot of mistakes. I think that’s the new era that we’re in, so it’s interesting.”

Albon’s team mate Nicholas Latifi was due to run throughout the second day today. However, Latifi’s morning session was cut short after two hours when his rear brakes caught fire, causing him to spin to a stop.

Latifi used a fire extinguisher to help put the fire out, but the team are having to fix the damage caused by the fire to the car before Latifi may be able to return to the track.