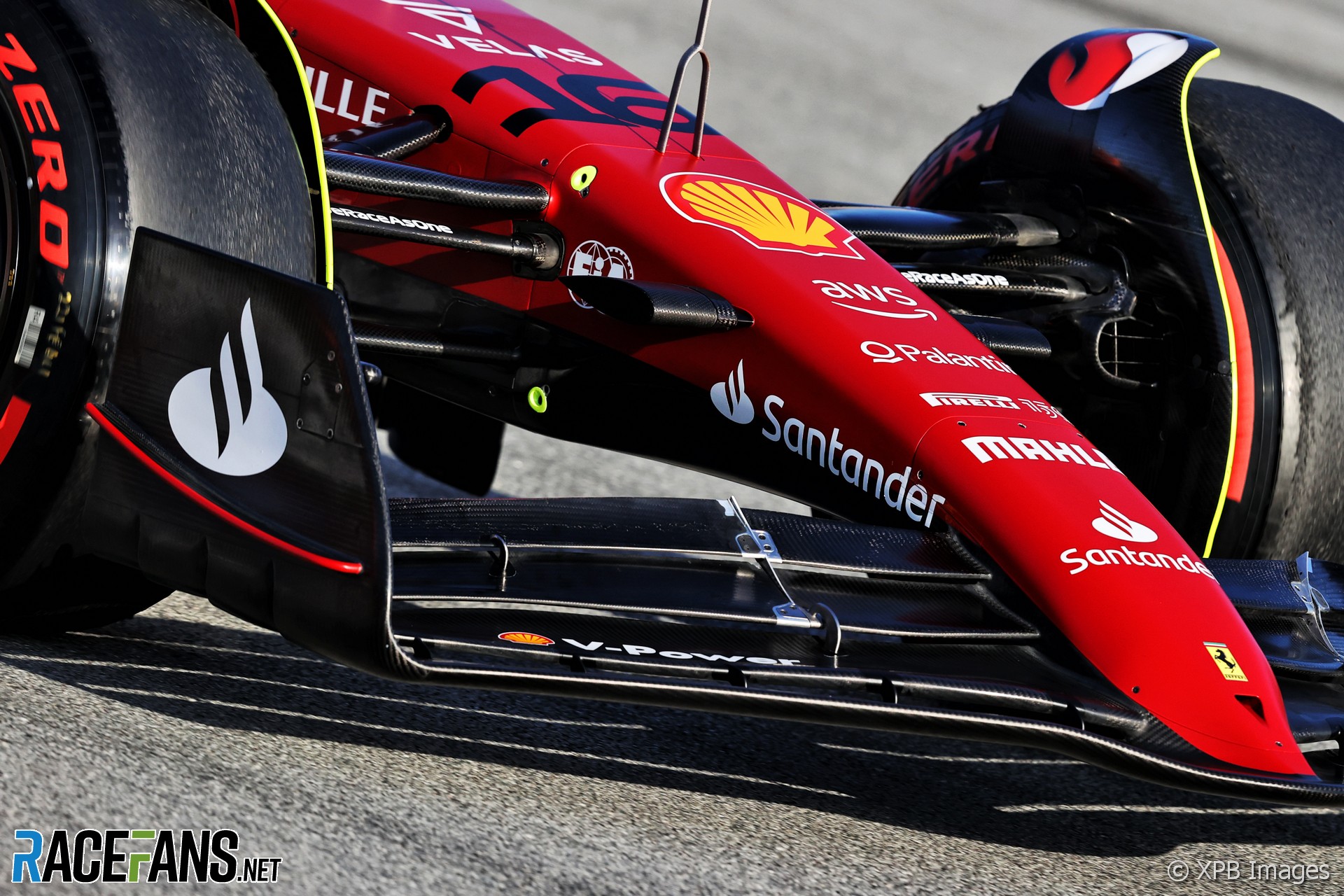 Carbon fibre is a dream material for making strong, light car parts quickly from computer designs. There’s no other material that really compares in terms of manufacturing, speed and cost, which also has the properties to actually make itself useful.

But as the world seeks to reduce its reliance on and production of carbon, is there any alternative to it for racing purposes?

Plastic could never be a replacement – it’s too heavy and not rigid enough. While graphene mixed with carbon fibre can make a stronger composite, it doesn’t really present an effective option on its own. A strong, lightweight, relatively cheap to manufacture (compared to forming metal) material like carbon fibre is basically unbeatable when it comes to making race car bodywork.

Even so, carbon fibre does have some downsides when it’s on the car. When it breaks it produces a shower of shards which create a significant debris problem, each splinter a puncture hazard.

In series like F1, where teams are keen to keep their designs secret, spraying bits of your race car across the track is undesirable. In a spec chassis championship like IndyCar, Formula E or the vast majority of junior series, the disposability of carbon fibre elements means enormous piles of parts are produced most weekends.

In real terms, carbon fibre waste amounts to nothing like the main carbon cost of racing – that will always be international logistics and trackside set-up, followed by factory power consumption and computing. But it is not good optics, especially for an environmentally-marketed series like Formula E, to be throwing away bits of the carbon it says it’s trying to offset or negate into a bin every weekend.

Teams have no reasonable motivation to want bits of their broken Formula E chassis back most of the time, as most of the elements likely to come off – the front wing, wheel covers and diffuser on the ‘Gen2’ car – are entirely spec and only differentiated by the livery wrap on them. Anyone who’s been to an Eprix will know it’s amazingly easy to collect even quite large parts of race cars if you fancy an impressive souvenir; a friend of mine has the front wing which Lucas di Grassi nudged title rival Sebastien Buemi with at the 2016 finale. I’ll admit I have a pile of interesting shards I’ve brought home in the pocket of my hand luggage.

In environmental terms, however, collecting carbon fibre is a pretty toxic hobby. So after seven seasons, Formula E has begun collecting and recycling its stockpile of broken car parts. Through a partnership it formed during 2021 with Gen2 Carbon, it is now addressing parts collected and stored since the series started in 2014. Although I did see some delighted-looking Mexican fans taking home front wing souvenirs at the last race, in theory these could now be recycled into new forms of carbon fibre and non-woven fabrics.

Outside of racing carbon fibre is (rightly) viewed as an expensive material. The regular destruction of such a costly material – not just in Formula 1 but down to relatively budget-restricted GT racing – would cause surprise in other, more conventional industries.

A less expensive, more sustainable alternative to carbon fibre with similar properties would be a desirable option for teams and manufacturers. Although there isn’t one suitable for F1 bodywork yet, progress is being made.

For manufacturers, especially keen to present a cleaner image, developing sustainable composites in race conditions both promotes the idea of road relevance for their racing programmes and reassures customers they’re not being fobbed off a product which puts hippie credentials ahead of rigorous safety standards.

Swiss company BComp originally set out to make an alternative to carbon fibre for skis. With no background in motorsport, they didn’t have any intention of making something which would be useful for bodywork but have gradually moved into the space. I first saw their flax composite, which uses natural rather than carbon fibres, in the roof of the somewhat haphazardly racing-adjusted Tesla that was attempting to spark interest in Electric GT back in 2017. The company went on to strike a deal with Porsche to provide the complete bodywork and interior for a GT4 car.

As well as its environmental benefits, BComp’s composite has a major advantage for motorsport applications: It tears on impact, rather than shattering, reducing the risk of sharp edges being scattered around the track.

For contact-heavy GT racing that means more bodywork can potentially be saved following an impact using the classic Ginetta method of stitching it back together with cable ties like some sort of Frankenstein’s sports car. It also reduces the puncture risk and means debris does not cause such long caution periods or red flags to clear.

Prior to BMW’s withdrawal from Formula E, its car used a flax composite for its cooling shaft, which is one of the parts manufacturers are allowed to form themselves. BComp supply the bodywork for Extreme E’s enormous electric SUV and Prodrive has put it to use on the Aston Martin Vantages that it runs.

The material has even made it into Formula 1 as part of McLaren’s drivers’ race seats. When the partnership was formed in 2020, McLaren’s driver line-up of Carlos Sainz Jnr and Lando Norris were well under the minimum weight, which meant using a slightly heavier composite in forming their seats did not put them at a disadvantage (with a normal seat more ballast would have been placed in the seat area anyway). Although Sainz’s seat never saw use before he left for Ferrari, Norris used his in the latter part of the 2021 season.

The flax alternative works in a context where there is no need for weight saving – or less need, with heavy GT cars and electric SUVs – but currently can’t stand up pound-for-pound to carbon fibre for F1 bodywork. Until that weight imbalance can be resolved, F1 isn’t likely to implement a communal parts bin like Formula E, where rivals would also have far too much opportunity to check out each others’ work. But encouraging teams to look for their own carbon fibre recycling options could at least give an opportunity to showcase the technologies available, as F1 continues to try get on the bleeding edge of sustainability.