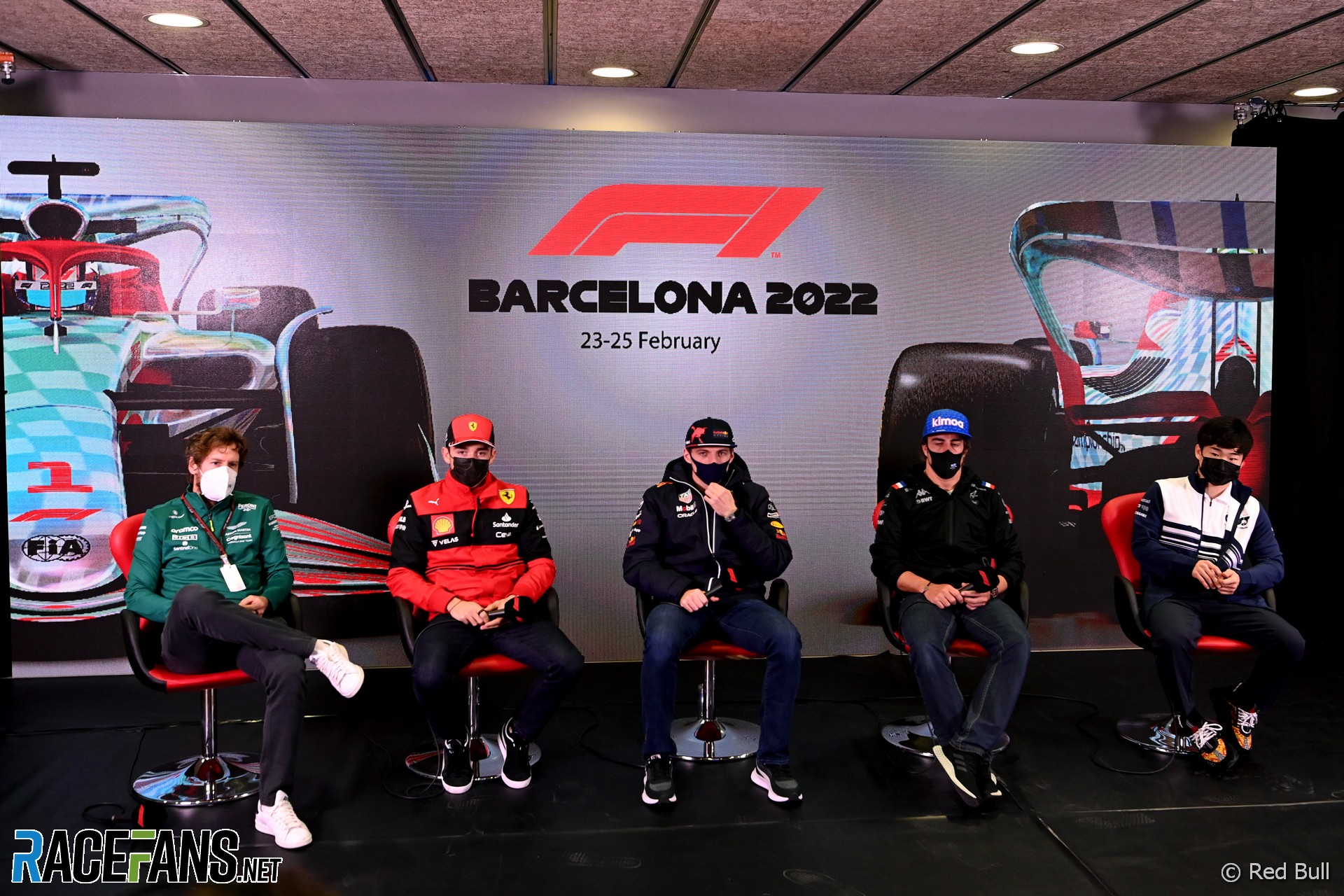 Formula 1 has never historically moved swiftly – bar on-track – and has only very rarely shown a political conscience about its calendar.

The swift, decisive action it took on this year’s Russian Grand Prix, in consultation with teams during testing at the Circuit de Barcelona-Catalunya, is in stark contrast to previous years – and was prompted largely by outspoken drivers calling on F1 to make a change.

Drivers objecting to F1 venues is not an entirely new occurrence. Just last year some expressed disquiet over the addition of new races in Qatar and Saudi Arabia.

Yet change felt inevitable as drivers fell in line behind Sebastian Vettel in objection to against a race in Russia – a united front we are unfamiliar with.

The strength of Vettel’s response, insisting he would boycott a race in Russia after the country’s invasion of Ukraine, left F1 teams and bosses with no option other than to react. It was the kind of thing that pushes action from teams and F1 bosses. The urgency of the meeting just two hours after track action had finished on Thursday evening, highlighted the impact of Vettel’s comments and how it can change the sometimes-glacial pace of decision making.

The cancellation of Russia’s race was rubber-stamped by an extraordinary meeting of the FIA World Motor Sport Council earlier this year. One week on from the invasion, F1 has gone even further, tearing up its contract with Russia and making it explicitly clear that, as things stand, the race has no future – whether in Sochi, Igora Drive or elsewhere.

This is in sharp contrast to the scenario that unfolded in 2011 when F1 dragged its feet over cancelling the Bahrain Grand Prix after violent civil unrest left many dead in the island nation. The organisers initially postponed the event before finally bowing to the inevitable and calling it off.

With international pressure rising, including UEFA’s relocation of its Champions’ League final from Russia to France, and the risk of economic sanctions that might have made the race unviable financially, F1 confirmed a meeting on the Russian GP issue during its own official press conference.

It’s not the first time we have seen teams back their drivers’ political stance. Mercedes responded to Lewis Hamilton calls for greater diversity and inclusion during the height of the Black Lives Matter movement. The team created Accelerate 25, a five-year programme in a bid to become a more diverse and inclusive team, in conjunction with the launch of its black livery.

Hamilton, the first black driver in Formula 1, launched his own commission alongside Mercedes, pledging £20 million of his own money to support unrepresented groups in the UK.

Unafraid to speak his mind, with the backing of multiple world championships and global stardom under his belt, Hamilton forced changes in F1. It appears the era of drivers being reluctant to speak out on such matters is passing, and teams now need to take account of their views rather than being able to manage the situation from the inside.

Will this continue once Hamilton and Vettel, who are approaching the end of their time in Formula 1, have moved on? Will we see the likes of Lando Norris or Charles Leclerc taking on the task of challenging the sport and the FIA? Or will the political concerns fade into the background without multiple world champions to champion these causes?

F1 took on board Hamilton’s comments with the addition of F1’s ‘We Race As One’ message in 2020, which allowed drivers to perform a pre-race anti-racism gesture. While the Mercedes driver continues his fight for equality, he recently backed F1 CEO Stefano Domenicali’s decision to end the series’ pre-race observance. “I think we can do more and be more impactful somehow,” Hamilton explained in response to a question from RaceFans. “But I don’t know what that is just yet.”

It’s hard to imagine drivers being allowed to speak out on human rights in the same way just a few years ago. Times have changed since the Bernie Ecclestone era, with drivers increasingly thrust into the limelight as the sport’s rising profile – thanks to Drive to Survive – captures the world’s attention.

Former F1 driver and Grand Prix Drivers Association director Romain Grosjean, now racing in IndyCar, has his own theory. he believes Hamilton is in a completely different position from many others on the grid, for whom speaking out could hinder rather than help.

The 35-year-old stated, “It’s always difficult because you’re an employee at the end. Lewis is a seven-time world champion, he’s earned loads and loads of money.

“So he can speak if there is a for some reason they don’t want to go racing, they go on strike. He won’t have a problem to go on strike.”

“If you’re a youngster and it’s your first season in Formula 1 and you’re trying to make everything perfect, you tell your team ‘I’m going to go on strike’ [they’ll say] ‘oh well okay go on strike, but don’t come back next race’,” concluded Grosjean.

But no driver is bigger than the sport. Hamilton, despite pushing F1 to make changes and highlight the injustice in the world, discovered the limits of what F1 was prepared to tolerate at the Tuscan Grand Prix in 2020. The FIA set out to clarify that the podium was a “neutral space” after Hamilton wore a T-shirt referencing the killing of Breonna Taylor by US police. A step too far for the sport’s governing body.

Getting into a political argument with the FIA, the public – even sponsors – may pose risks to a driver’s career. But when prominent voices in F1 can make their voices heard loud and clear across the world, when is it the wrong time to do so?