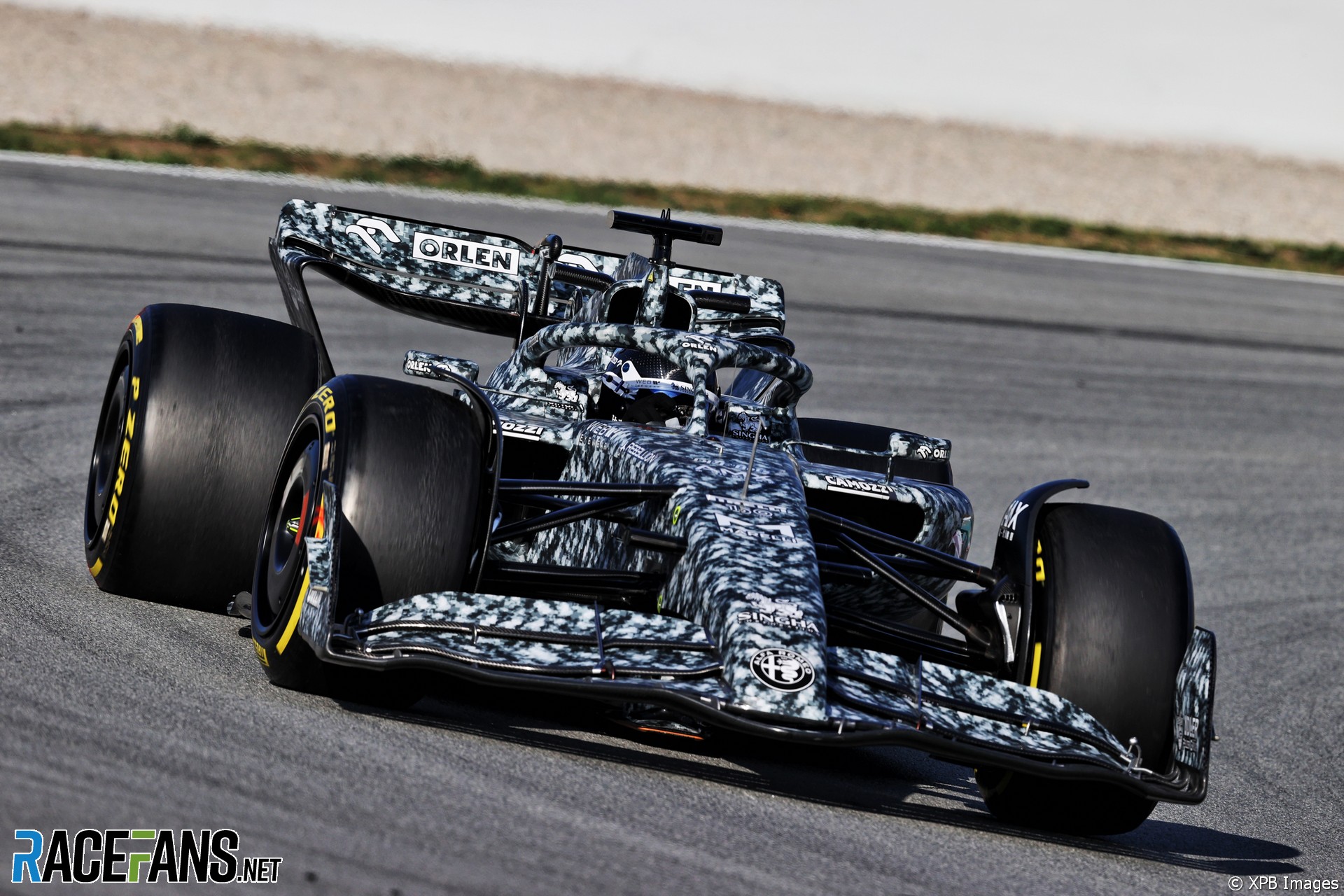 Cars were observed rapidly rising and falling on their suspension at high speed during the test as teams got to grips with drastically changed regulations for the 2022 season. The new rules have allowed them to sculpt their cars’ floors in a way which generates significant levels of downforce. However if the airflow through the floors stalls, the cars rise up on their suspension, then sink back down as the downforce returns, creating an effect known as ‘porpoising’.

George Russell, who replaced Bottas at Mercedes during the off-season, said last week the bouncing seen at Circuit de Catalunya “has the potential to be a real safety concern”. However Bottas is confident teams will rapidly get it under control.

“For now I don’t think it’s a safety issue,” he said. “I think it’s just the way that the aero of the car works.

“Obviously it’s a fact that the lower you go with the car, the more you have downforce. And if you find a way to have a good ride in the car, being able to run it low, you might gain some performance. But obviously in some places [that comes] with a cost of the ride itself, especially in high speeds and over the bumps.

“So it’s quite an interesting new philosophy on the aero side of the car. I don’t think it’s going to be a big concern. As a team we need to work around it and we need to make sure that the car is reliable enough for these regulations and it’s the same case for every team.”

Several teams have indicated they expect to solve the problem quickly, as does Bottas. “I think now it’s a big talking point but I would imagine as long as the season starts going, teams are understanding more and more, it’s going to be less of an issue and less of a talking point,” he said.

His team mate Guanyu Zhou said Alfa Romeo had already made noticeable progress with the problem despite covering the lowest mileage of any team over last week’s three-day test.

“When I first jumped in day two it felt already quite a good improvement,” he said. “From day one on the feedback we got that we already tried to work a way around it.

“It seems to be, of course, the problem is always still there a little bit for, I think, all the teams. But that seems to be the biggest limitation with the new car for everyone and we just have to, like Valtteri said, find a way around it, which can provide us as much downforce as possible, also to reduce the bouncing on the straights.

“But in terms of safety it should be no problem on that side.”