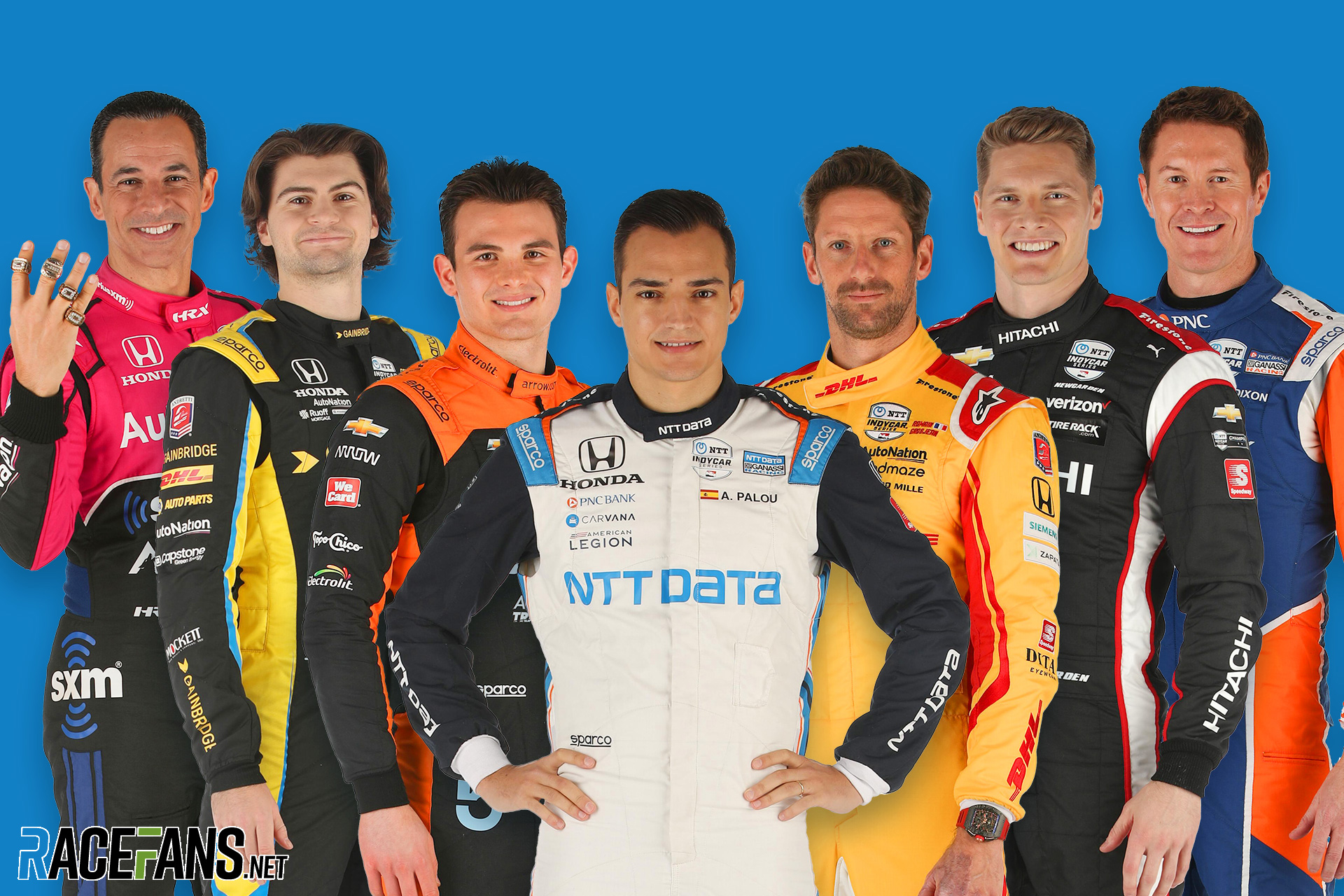 At the forefront of a generational shift within the IndyCar Series, three of the series’ brightest young stars are poised to be serious contenders for this year’s championship – in the largest field of full-time entrants since the reunification of the sport in 2008.

Álex Palou exceeded even his most ambitious expectations after joining Ganassi for his second year in the series. He started the year with a win in the first race and ending up lifting the Astor Cup trophy as IndyCar champion when the curtain fell at Long Beach.

“I don’t think I have added pressure from last year. I would say I even have less,” Palou said ahead of the new season. “But I don’t think that’s a good or bad thing. We already showed we’re capable of winning a championship, winning races, and being up there. We just need to do it again.”

Palou’s closest peers are McLaren SP’s swashbuckling young ace, Patricio O’Ward, and Andretti Autosport’s dazzling second-generation talent Colton Herta. Both O’Ward and Herta have generated legitimate interest in the Formula 1 paddock since the last time IndyCar raced in September. This trio, all under the age of 25, swept half of last season’s 16 races.

Throw in the mercurial talent of Rinus VeeKay of Ed Carpenter Racing, winner of last year’s Indy Grand Prix, and you have four potential superstars of the future that are capable of carrying the sport through the next decade.

One of the other major stories of the 2021 season was ten-year F1 veteran Romain Grosjean’s sensational rookie season as an IndyCar driver, one which reawakened his competitive fire. In the blockbuster move of the off-season, Grosjean has moved to established IndyCar powerhouse Andretti Autosport.

“The relationship with the Andretti team has been really good,” Grosjean remarked on his first few months at his new team. “I’ve just felt really welcome in the family – that’s a word Michael [Andretti] uses very often, and it means quite a lot to me.

“I was also lucky to have my race engineer [Olivier Boisson] from last year that moved over, so that makes the transition quite smooth.”

In his sophomore season, Grosjean is expected not only to compete for wins, but potentially even the title. And having committed to a full season for the first time, he will make his debut at the Indianapolis 500.

“It’s a big event,” he says. “Everyone talks about it a lot. I believe the Indy 500 – as long as you haven’t discovered it you don’t really know what it is, so it’s hard to be excited for something that you don’t know.”

Largely due to missing the oval races, Grosjean lost out to Penske’s Scott McLaughlin for Rookie of the Year honours in 2021. The star-studded rookie class also included NASCAR legend Jimmie Johnson, who also goes full-time in 2022, with Ganassi.

This year’s rookie crop is the more conventional collection of youngsters, but again features some notable talents. Callum Ilott, who Mick Schumacher narrowly beat to the 2020 Formula 2 title, and fellow F2 race winner Christian Lundgaard will go full-time after occasional starts in 2021. But each is in a strikingly different environment: Lundgaard at the established Rahal Letterman Lanigan Racing, and Ilott driving solo at the revived Juncos Hollinger Racing team, now in a technical alliance with Carlin Racing.

Antithetical to the generational shift led by Palou, Herta, and O’Ward, are a crop of veterans who can still go. Four-time and reigning Indy 500 winner Hélio Castroneves is back in a full-time ride for the first time since 2017, with the rapidly ascending Meyer Shank Racing. Castroneves and his new team mate, fellow 500 winner and past IndyCar champ Simon Pagenaud, are just a month removed from winning the 24 Hours of Daytona with MSR.

Ganassi’s 20-year ace driver, Scott Dixon, is as determined as ever to win his record-equalling seventh national championship in 2022, and Penske’s senior driver, Will Power, hopes not only to keep winning races but rediscover the form that made him a champion in 2014.

One wouldn’t think of Penske’s Josef Newgarden as a weathered veteran of IndyCar at just 31, but as he enters his 11th season the two-time series champion – last year’s runner-up – is desperate to add the one great omission from his CV, and win the Indianapolis 500 for the first time. Penske, who’ve not won either the 500 or the IndyCar title the last two years, would also like to get back to what they do best – mainly, winning the biggest prizes that IndyCar has to offer.

Up and down this year’s field, there’s a number of other intriguing stories to follow, and questions to be answered. Will 2022 be the year that Alexander Rossi (Andretti) and Graham Rahal (RLL) end their long, frustrating winless droughts?

Can Felix Rosenqvist turn things around after a woeful first season at McLaren SP? Can fellow Swede Marcus Ericsson build upon a stunning breakthrough season and prove beyond doubt that he can hang with the series’ top tier talents?

And what of some of the other transfers of this season – Takuma Sato to Coyne with Rick Ware Racing, Jack Harvey to RLL, and Conor Daly in a full-time ride with ECR?

Add them all up and, in total, there will be 25 drivers who will run the full season, good health and fortune willing. This is the largest field of aspiring full-time drivers since 2008 and 2012, where there were 24 full-time entries.

The 2008 season was the first since the merger between IndyCar and the Champ Car World Series, and 2012 was the first season of the new Dallara DW12 chassis and 2.2-litre twin turbo V6 engine formula. This year will be the last for these engines, as 2023 will see the long-awaited introduction of newer, 2.4-litre engines with hybrid powertrains, and the promise of a significant power hike.

With an increasingly strong driver line-up and the returns of Toronto and Iowa to the schedule this year, the final season for IndyCar’s current machines looks like being as open and closely-fought as ever.