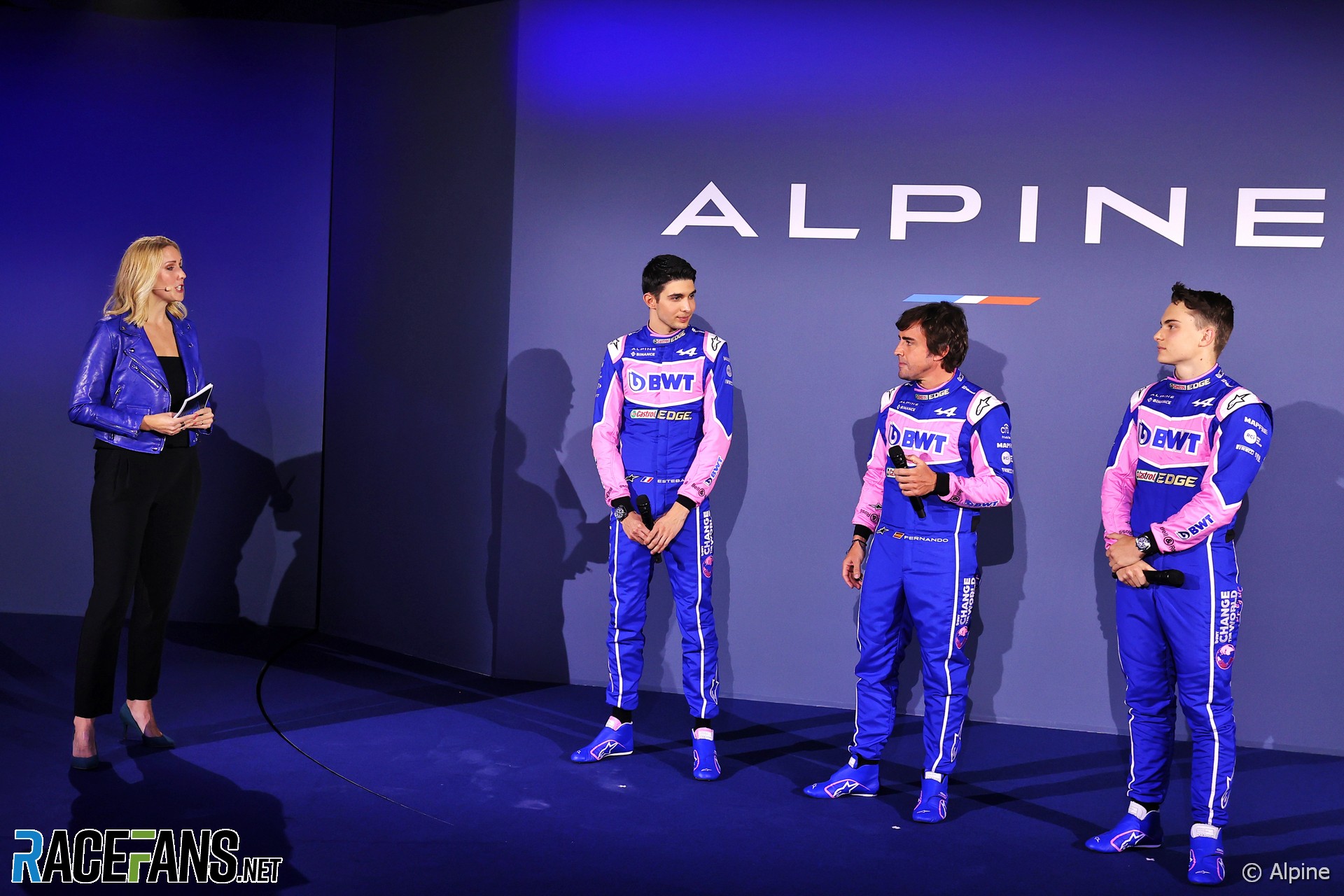 Alpine became officially unveiled their 2022 car, the A522, in Paris today. The team will adopt a special predominately pink livery for the first two races of the season, before reverting to primary blue livery.

Alonso says Alpine’s new car has been designed to embrace the new technical regulations in an “interesting” way.

“Obviously the technical side of it, we have to keep secret. We have to first hit the track and see how it behaves. I think it’s going to be a very intense winter for us where we need to develop the car as fast as we can and learn from the new regulations. But we have some interesting solutions on the car and let’s see if we can unlock the performance as soon as possible.”

Alonso returned to F1 from retirement in 2021 with the team he won his two world championship titles for in 2005 and 2006, when it was known as Renault. He is confident that the team will enjoy better results than last season.

“This my second year with Alpine and, yeah, I’m more optimistic than last year probably,” Alonso said. “The new rules give you that hope that everything can change and you can suddenly be competitive from race one. So I’m optimistic. I’m confident that the team did a good job with the car and we’re ready to go.”

The new regulations for 2022 aim to allow cars to follow each other more closely and encourage better racing between rivals on-track. Alonso says there major rules shake up will give midfield teams more opportunities this season.

“I’m very excited about the new regulations,” he said. “Obviously from time to time Formula 1 changes the regulations and tries to mix up a little bit the performance from everybody. For Alpine, or some of the midfield teams like we were last year, there is opportunity, for sure.

“If you do a good job interpreting the rules, maximising every opportunity this year is going to be important. So everyone in the team feels that we can do it and we are ready to go.

“I think about the new regulations, probably the biggest hope is that we can follow each other closer on track. So maybe that will provide more action, more overtaking opportunities, closer fighting and that’s probably better for everybody – for the show, for the spectators and also for us drivers.”