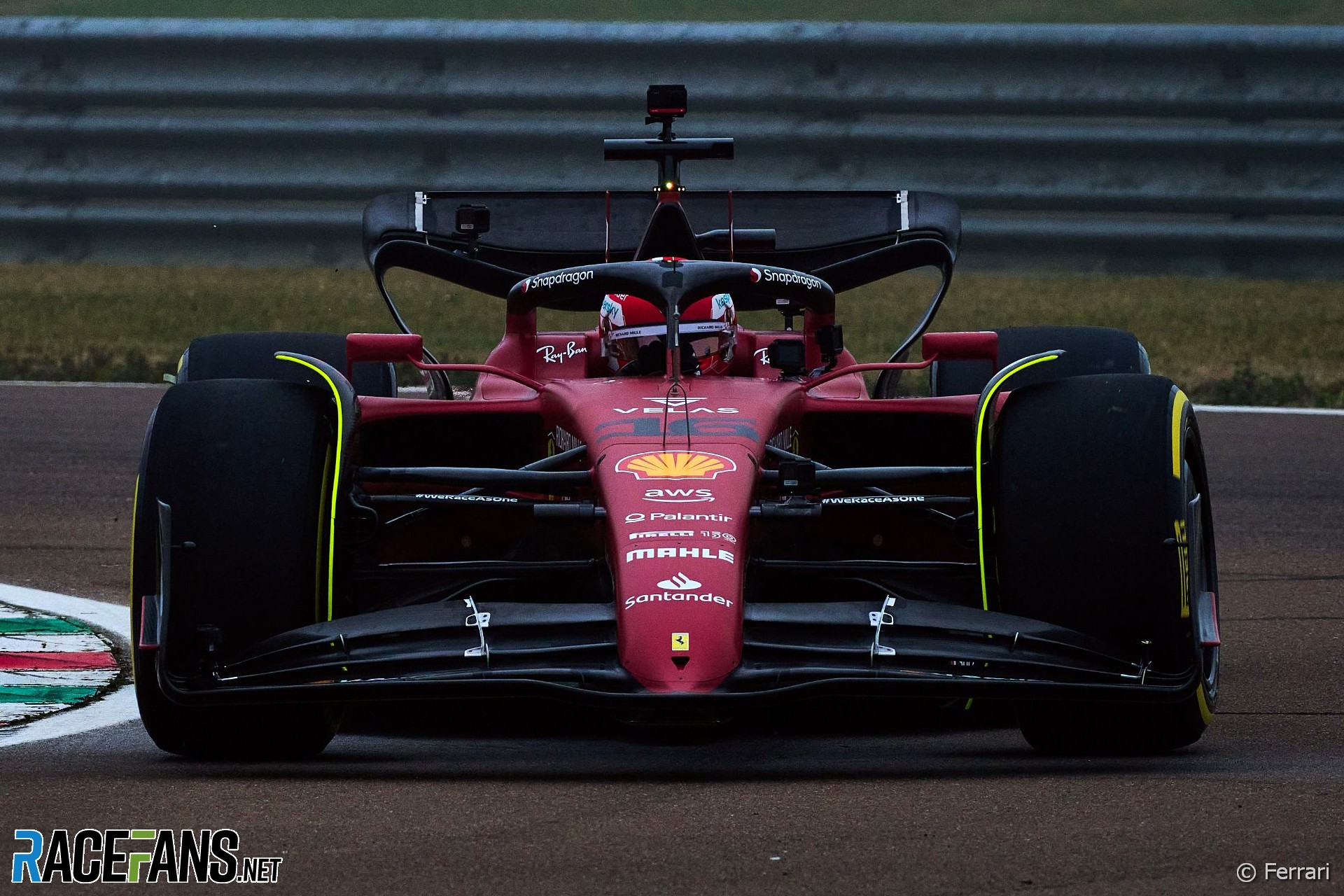 Ferrari’s new F1-75 has run on track for the first time ahead of the 2022 F1 season at the team’s test track in Fiorano.

Charles Leclerc was first to get behind the wheel of the team’s new car as it begins preparations for the new season. Carlos Sainz Jnr also drove the F1-75 later.

Ferrari launched its new F1 car yesterday. Pre-season testing is due to begin at the Circuit de Catalunya next week.