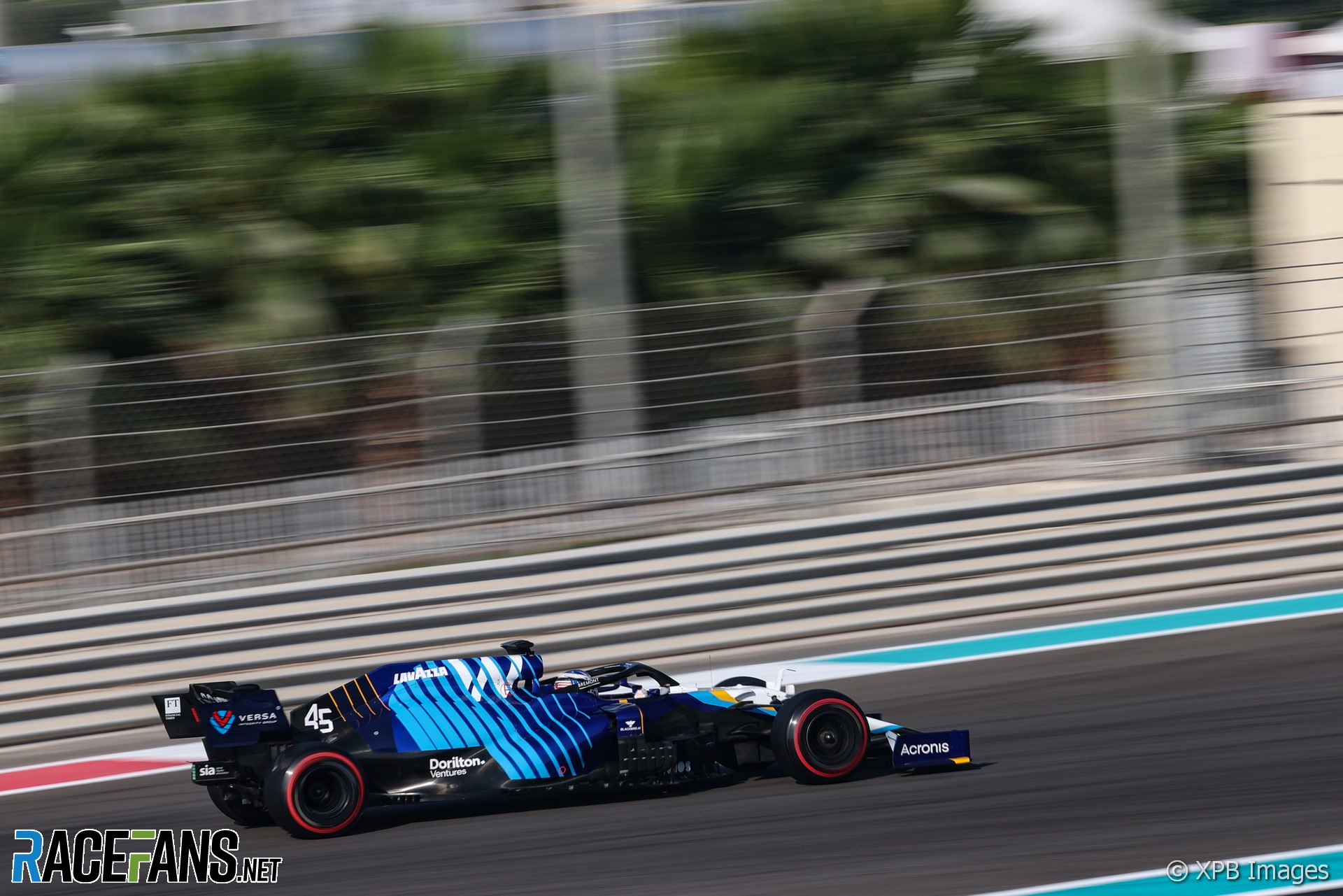 Long before Formula 1 teams began to fire up the power units on their brand new cars in anticipation of the new season of racing ahead, the opportunity offered by the rules shake-up in was a focus for the majority of teams.

With the major technical regulations changes implemented for this year, described by more than one senior technical figure in the paddock as the biggest in the history of the sport, teams across the pit lane see 2022 as a once-in-a-generation opportunity to launch themselves much further up the grid. While this launch season has not felt too dissimilar to those before, it’s important to remember the sheer scale of investment that have gone into the cars that sit under the covers at these reveals, with countless hours of human effort, numerous meetings, discarded design drawings and simulations counting towards the final product.

Today, Williams will become the sixth of the 10 teams to present some version of their 2022 car to the watching world. But, unlike many of their rivals, Williams will likely regard this upcoming season in a somewhat different light.

Under the new ownership of Dorilton Capital, 2021 was a refreshingly positive season for the Grove-based team that had slowly found themselves spinning their wheels, unable to find the traction to drag themselves out from the rear of the grid. Securing eighth place in the constructor’s championship was not an achievement to hold up alongside Williams’ mighty record of old. Coming after three consecutive last-place finishes, it was genuine progress.

But while Williams might ordinarily expect to carry that momentum into the coming season, the magnitude of the rules changes for 2022 means that there will be much weaker correlation than usual between where the teams ended 2021 and where they will begin this year.

Therefore, the biggest question mark around Williams this new season is, with all the opportunities offered by Formula 1’s brave new era, will they truly be able to make the most of them for 2022?

When the Williams family made the respectable decision to agree to sell the team that had remained family-owned for over four decades over to Dorilton, it was August of 2020. While the immediate financial injection would have been certainly welcome, even 18 months of lead time is an incredibly limited timeframe in which to overhaul a struggling team, hire new talent and install the infrastructure necessary to best exploit the opportunities presented by the rules changes of 2022.

New CEO, Jost Capito, oversaw an immediate investment into the team’s facilities soon after the takeover was completed in the summer of 2020. “A lot of new machines came in at the end of last year, so the machine park is absolutely up to date,” he told RaceFans. “Also, 3D printers, all installed last year so they are not under the budget cap matrix. From that point of view we are in a much better position.”

With Capito admitting that many of Williams’ facilities and operating systems needed “modernising”, it means that a large bulk of the team’s development work on their 2022 car would be done with tools that were subsequently replaced or are set to be replaced in the years ahead. After all, Formula 1’s recently implemented financial restrictions cap ‘capital expenditure’ to a maximum of $45 million over the four seasons leading to the end of 2024 adds another dimension of challenge to any team trying to build themselves into a more formidable force in this modern formula.

Beyond the team’s facilities, the organisational structure and technical team personnel was a major focus point for Williams’ new leadership. Most notably, Capito – a former Volkswagen Motorsport director – brought over previous technical director Francois-Xavier Demaison to take up the same role with Williams early last year. Having delivered three World Rally Championship titles for the German marque over four seasons together, the pair had a strong and successful partnership already established.

The aerodynamic team also received a major restructuring – hardly a surprise given that aerodynamics are the area that have received the biggest overhaul under the new regulations. Williams’ aero department has brought in talent from Mercedes, Alpine and AlphaTauri as well as promoting many of its long-time staff into new or redefined roles as they prepare to tackle the new ground-effect era of Formula 1.

Beyond the technical staff, there’s another major change of team personnel for Williams in 2022 – the driver line-up.

The team will retain the services – and commercial backing – of Nicholas Latifi for a third season. But Williams have also lost their talisman in George Russell – summoned to answer the call of destiny at Mercedes.

Despite his youth, Russell had established himself as a true leader within the team over his three years at Grove. As well as consistently outperforming both Latifi (and, before him, Robert Kubica) on the other side of the garage, Russell had developed quite the talent for putting his Williams into positions it felt like it had no right to be – his remarkable run of consecutive Q2 appearances to begin 2021 and his podium by virtue of qualifying on the front row in Spa the best examples of such.

Instead, Williams have brought in Alexander Albon, fresh from a season supporting Max Verstappen’s world championship-winning campaign from behind the scenes in 2021. While Albon’s second chance on a Formula 1 grid has been welcomed by many, it remains to be seen how much the former Red Bull race driver will be able to galvanise his new team and carry over the learnings from his simulator exploits over the last year to help compliment Williams’ growth in other areas. With all the usual speculation over Red Bull’s future driver line up resulting from them having such an abundance of young talent under their wing, how much of a long-term prospect Albon will be for Williams into the new era remains to be seen.

With that in mind, Williams have also begun to look hard at their young driver academy and make the changes they feel they need to cultivate the talent that they will want to bring into the team over the seasons to come. Their two newest signings – Formula 2 rookie Logan Sargeant and reigning GB3 champion Zak O’Sullivan – reflect the ambition of Williams to start building a junior driver programme that will be able to stand alongside those of rivals like Alpine, Sauber or McLaren.

But that, again, will come to fruition over the seasons to come – not in 2022. For this season, Williams will at least benefit from an increased level of technical cooperation with Mercedes. By purchasing Mercedes-designed gearboxes and hydraulics systems, it has freed up resources for the team to increase their focus on other areas of the 2022 car’s development.

One major benefit for Williams is that – thanks to their finishing last in the 2020 constructors’ championship – they have been able to make use of more wind tunnel time than any of the ten teams while working on the FW44 over the last 12 months. They will not have that same luxury this year, but it will have made the challenge of preparing an entirely new car so heavily dependent on a radically different aerodynamic concept that little bit easier.

Williams remain very much a team in the process of rebuilding, with their resources, technical team and future driver prospects all very much ongoing projects. While there’s no reason they can’t make big strides this season, 2022 is certainly not the be-all and end-all for the team. Success may be in Williams’ future – they may just have to remain patient for now.